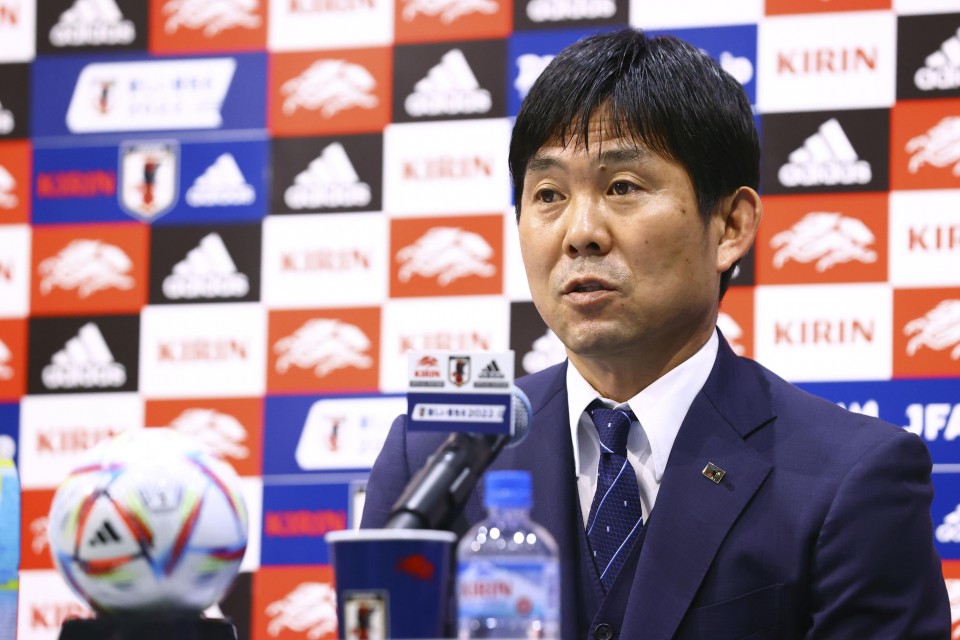 "We hope to raise our level in order to be confident facing any country," said Moriyasu as he prepares his team for the World Cup starting in November in Qatar, where Japan will face Germany, Spain and either New Zealand or Costa Rica in Group E.

Japan will face Paraguay on June 2 at Sapporo Dome before taking on Brazil -- who have named a full strength squad -- on June 6 at Tokyo's National Stadium.

Japan will face Ghana at Kobe's Noevir Stadium on June 10 before taking on either Tunisia or Chile, again four days later, at Panasonic Stadium in Osaka.

Ito nailed his spot in the Stuttgart starting eleven this season, his first in the German Bundesliga. The 23-year-old set up countryman Wataru Endo's dramatic winning header that secured the club's safety in Saturday's 2-1 home win over FC Koln.

Kamada, who only featured for Japan in the first three of 10 matches in final Asian World Cup qualifying, is back after his strong Europa League performances were key to Frankfurt securing the title Wednesday on penalties over Rangers.

Celtic utility man Reo Hatate, who received his only senior cap on March 29, was the notable absentee among the overseas-based players.

Arsenal defender Takehiro Tomiyasu is in the squad despite coming off injured in Monday's English Premier League 2-0 away loss to Newcastle.