Deepwater divers who searched inside a tour boat that sank off Hokkaido in April found no traces of the missing, local authorities said Thursday, as efforts continue to locate them after the accident left 14 people dead and 12 still unaccounted for.

The divers will conclude the search as early as Friday, according to the Japan Coast Guard. It involved a special technique known as saturation diving, in which divers absorb a mix of oxygen and helium to adjust to the water pressure at the depth they intend to work at. 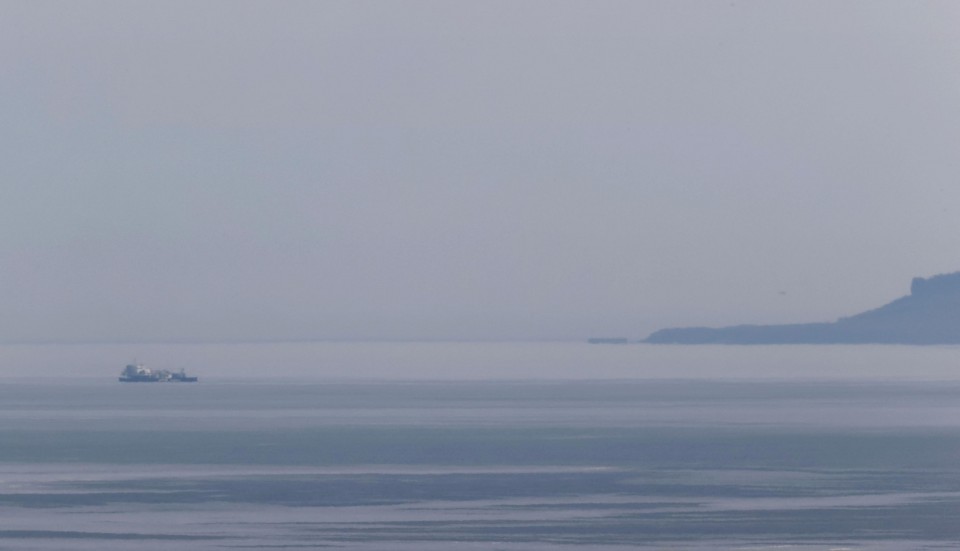 A workboat carrying deepwater divers arrives on May 19, 2022, at the site where a tourist boat sank off Hokkaido's Shiretoko Peninsula in late April. (Kyodo)

The divers descended to depths of 100 meters through a submersible decompression chamber and went inside the sunken boat sitting on the seabed about 120 meters below the surface around 5 p.m. Thursday.

They are also slated to survey the surroundings to see if it is possible to salvage the 19-ton Kazu I, which was carrying 26 people when it disappeared off the Shiretoko Peninsula on April 23.

It is the first time that divers have conducted a search inside and outside the boat. An underwater drone had been used earlier but none of the missing was found inside. The divers' work vessel, operated by Nippon Salvage Co., arrived at the site of the sunken boat early Thursday.

Planes and ships have also been used by the coast guard in their search for the missing, with local police expanding their search on land to areas south of the peninsula.

The tour boat was carrying 24 passengers and two crew members when it made a distress call and vanished after leaving Utoro port in Shari for a sightseeing trip along the scenic peninsula, despite bad weather being forecast.