Japan Airlines Co. said Friday it sees a return to the black in the business year ending next March on expectations that travel demand will recover as the effects of the COVID-19 pandemic have begun to ease.

JAL reported a net profit forecast of 45 billion yen ($345 million) in the current fiscal year, noting that its expectations outweigh uncertainties stemming from the Ukraine crisis and elevated fuel prices. 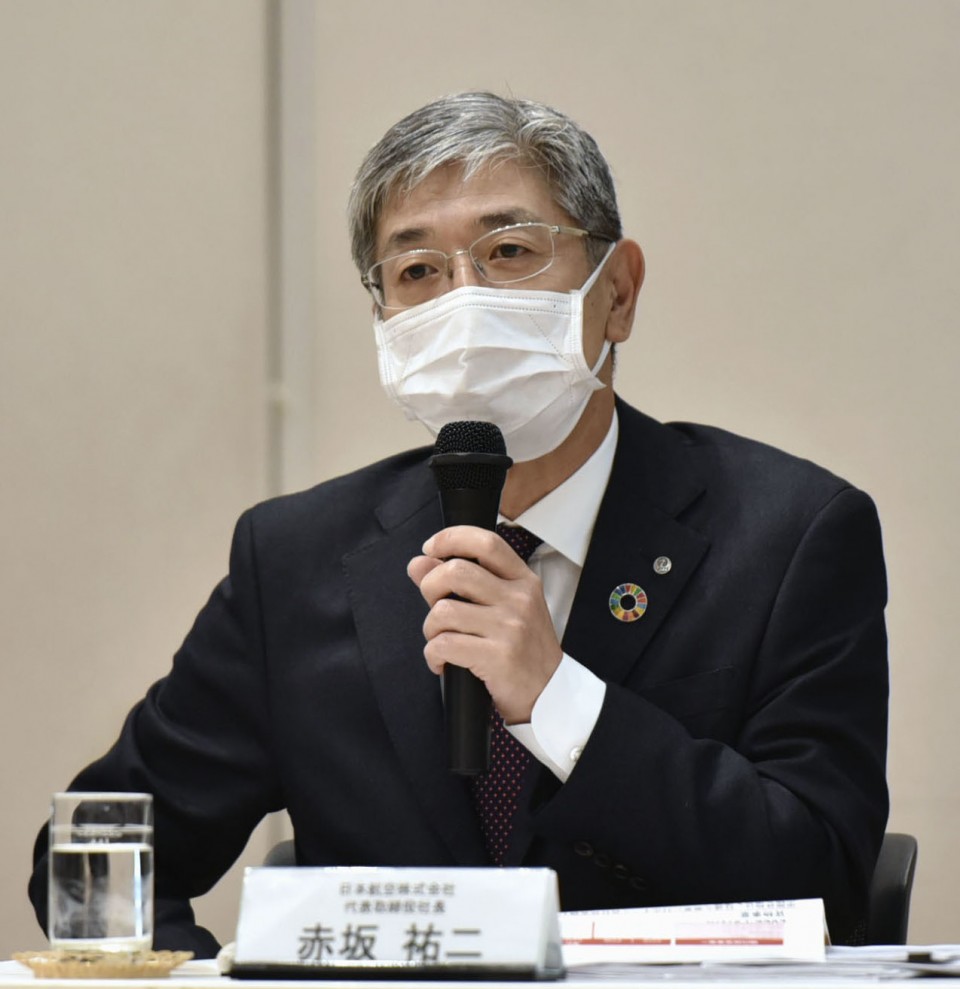 Japan Airlines Co. President Yuji Akasaka speaks at a press conference in Tokyo on May 6, 2022. (Kyodo)

Fiscal 2022 sales are projected to more than double from a year earlier to 1.39 trillion yen.

"Domestic flights are off to a good start," said JAL President Yuji Akasaka during a press conference in Tokyo. "High crude oil prices are a drawback, but we'll be able to sufficiently counter it."

The net loss narrowed from 286.69 billion yen a year earlier, thanks to cost cuts and its strong cargo business. However, a surge in the Omicron variant across the country and restrictions related to the pandemic left the airline in the red.

JAL expects demand for domestic flights to recover to 90 percent of pre-COVID levels through the year. In comparison, international travel is seen staying at around 45 percent due to remaining border controls.

By region, the company expects demand for North American flights to recover quickly, while that for flights to China and Southeast Asia may slow down.

The Japanese government fully lifted a quasi-state of emergency over the virus in March, prompting the restart of domestic sightseeing trips and business travel.

It also raised the daily cap on arrivals to Japan to 10,000 from 7,000 last month, which could generate more demand for international travel.

Since relisting in 2012, the airline logged its first red ink last year as the pandemic depressed travel demand.

JAL's earnings report comes as the prolonged pandemic dealt a blow to the airline industry, with ANA Holdings Inc. also announcing last week a fiscal 2021 net loss for the second straight year of the red ink.

But similarly to JAL, the parent of All Nippon Airways Co. forecast a return to the black for the current fiscal year with a 21 billion yen net profit on a recovery from the fallout from COVID-19.