North Korea fired a ballistic missile eastward into the Sea of Japan on Wednesday, the Japanese government said, as neighboring South Korea prepares to inaugurate the first conservative government in five years next week.

The missile, fired at around 12:02 p.m. from near North Korea's western coast, is believed to have fallen into waters outside Japan's exclusive economic zone, senior vice defense minister Makoto Oniki told reporters.

Japan estimates the missile traveled to an altitude of around 800 kilometers and covered a distance of around 500 km, while the South Korean military said the missile flew 470 km at speeds of Mach 11 after reaching 780 km in altitude.

The military, which said the missile was fired from around the Sunan area of the capital Pyongyang, is analyzing the launch, including the possibility it was an intermediate-range ballistic missile or a longer-range intercontinental ballistic missile.

There is a strong likelihood that the missile, believed to have been launched in a very steep angle on Wednesday, could have had the range of an intermediate-range ballistic missile if it had taken a normal trajectory. 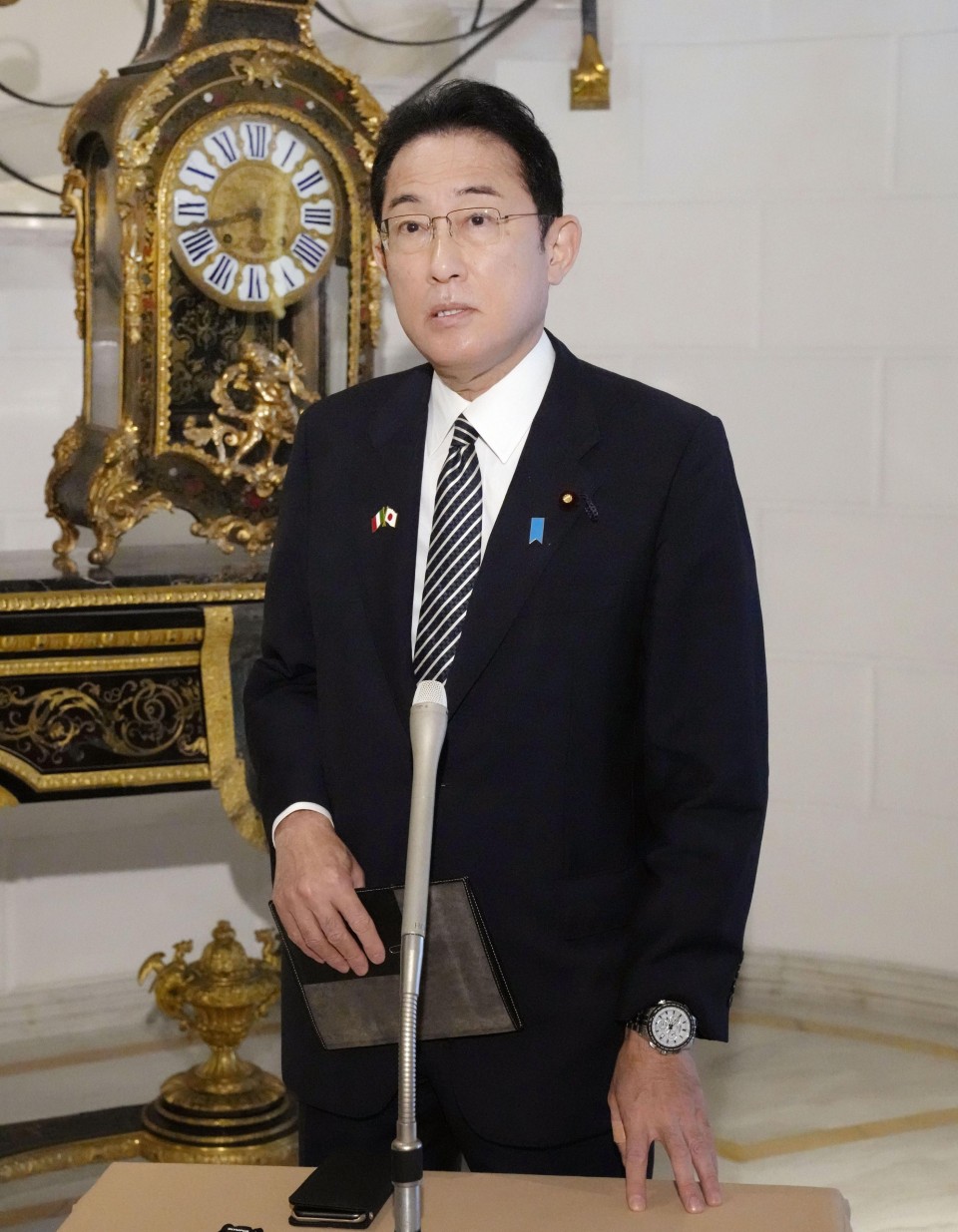 Japanese Prime Minister Fumio Kishida speaks in Rome after North Korea fired a ballistic missile toward the Sea of Japan on May 4, 2022. (Kyodo) ==Kyodo

The latest launch "absolutely cannot be condoned as it threatens the peace and safety of the international community," Japanese Prime Minister Fumio Kishida told reporters in Italy, where he is currently visiting.

Japan lodged a protest with North Korea via its embassy in the Chinese capital Beijing, and the premier instructed relevant government agencies to confirm the safety of ships and aircraft as well as provide information to the public in a timely manner, according to the government.

Defense Minister Nobuo Kishi, who is in the United States for talks with Secretary of Defense Lloyd Austin, condemned the North Korean launch as one made while the world is dealing with Russia's invasion of Ukraine. He instructed Oniki to make the utmost effort at dealing with the situation.

The U.S. government also criticized North Korea, calling the latest launch, similar to previous recent missile tests, "a clear violation of multiple U.N. Security Council resolutions" and saying it demonstrates the threat Pyongyang's weapons programs pose to its neighbors and the region as a whole.

"We stand with the international community to call on the DPRK to refrain from further provocations and engage in sustained and substantive dialogue," a State Department spokesperson said, referring to the acronym of the Democratic People's Republic of Korea, North Korea's official name.

The U.S. commitment to the defense of its two Asian allies -- Japan and South Korea -- remains "ironclad," the official said.

Pyongyang conducted two projectile launches toward the Sea of Japan on April 16, the last known missile firings by the North, and the state-run Korean Central News Agency reported they were test-firings of a "new-type tactical guided weapon."

The new weapon system is "of great significance" in "enhancing the efficiency in the operation of tactical nukes," the agency said then.

North Korea fired a new type of ICBM in late March, its biggest launch in terms of flight duration and altitude, at a time when international attention was focused on Ukraine. 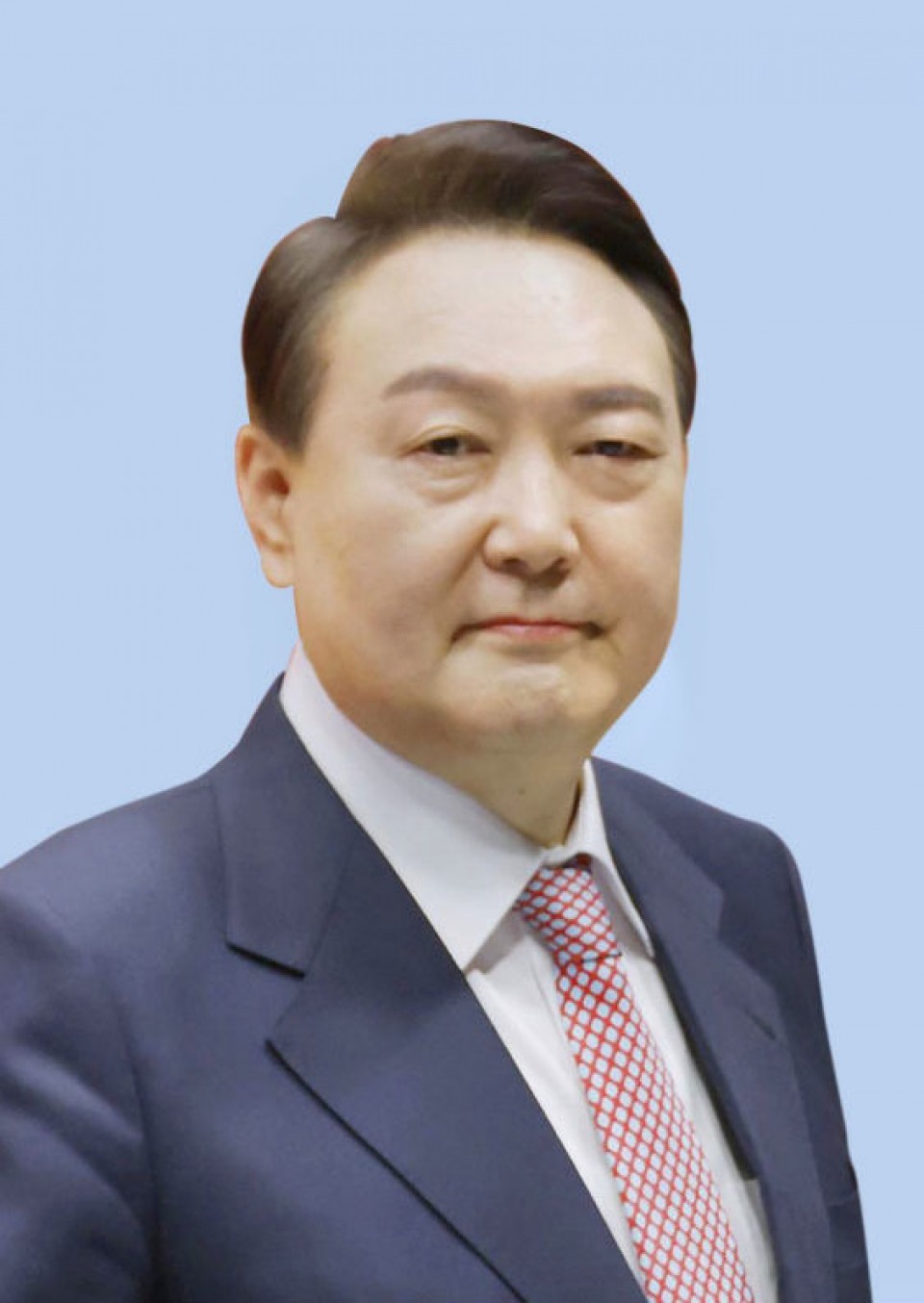 The government of outgoing President Moon Jae In convened an emergency meeting of its National Security Council after the launch, with his office saying Seoul is ready to respond to "any threat" on the basis of its "ironclad" alliance with the United States.

North Korea has been accelerating efforts to develop missiles under leader Kim Jong Un. At a congress of the ruling Workers' Party of Korea in January 2021, the country unveiled the policy of acquiring a variety of means to launch nuclear attacks.

It proceeded to test-fire a new type of long-range cruise missile, what was claimed to be a hypersonic missile and a submarine-launched ballistic missile, between September and October.

On March 24, North Korea test-fired an ICBM that the Japanese government assessed to be a new type, marking an end to its self-imposed moratorium on ICBM firings that stretched back to April 2018. KCNA said the missile was the Hwasong-17, which is believed to be capable of delivering a nuclear warhead to anywhere in the continental United States.

Meanwhile, a missile tested by the North on March 16 that could have been a new type of ICBM is assessed to have exploded in midair immediately after launch.

North Korea held a military parade in Pyongyang on April 25 where Hwasong-17 and numerous other weapons were displayed. Kim has signaled he would not hesitate to use nuclear weapons, even preemptively, if his country is threatened.