On May 3, 2022, at the age of 90, Norman Mineta completed the last leg of his half-century-long journey from the bustling steps of the Capitol Building in Washington to the marbled pillars of a VR Parthenon created in the digital space and honoring the names of immortal Japanese American leaders.

As someone who had experienced, first hand, the terrible injustice of wartime incarceration, congressman Mineta pushed for the passage of the Civil Liberties Act in 1988, calling for legislative redress by the U.S. government for the wrongful internment of 120,000 people of Japanese ancestry. Never before had the U.S. government formally acknowledged, much less publicly apologized for, its egregious violation of the fundamental rights of Japanese Americans. 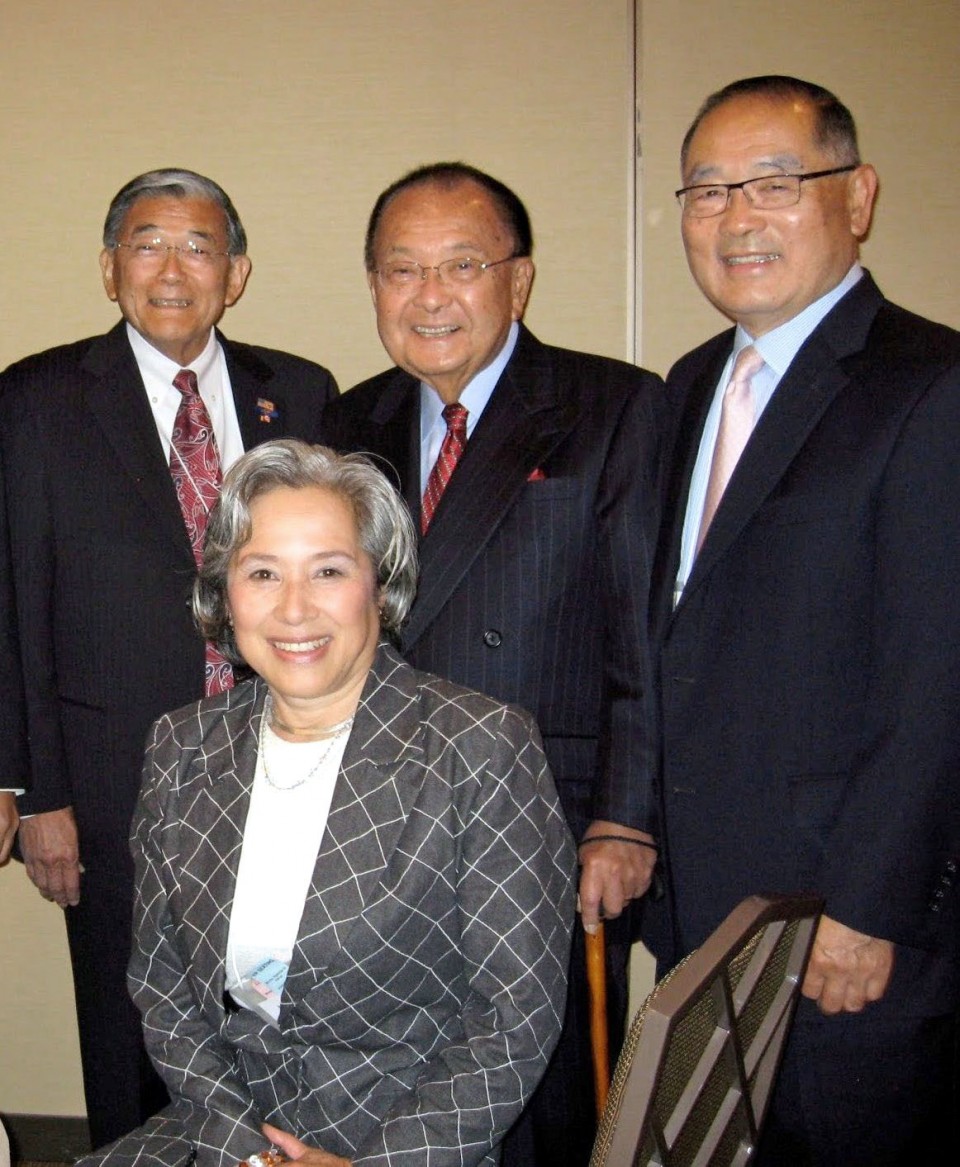 Supplied photo shows Daniel Okimoto (R) and his wife Michiko (front) posing for a photo alongside Norman Mineta (L, back) and Daniel Inouye (C) in 2010 in Washington. (Kyodo)

Following his retirement, Mineta spent much of his time and energy supporting Japanese American causes and organizations, like the Japanese American National Museum, U.S.-Japan Council and Silicon Valley Japan Platform. He never forgot his roots as a "Nikkei Nisei," or second-generation Japanese American. Nor did he ever lose sight of the pivotal importance of sustaining the U.S.-Japan alliance.

What struck me every time I saw him was Mineta's ingrained modesty and unshakable sense of purpose. In contrast to politicians who catch "Potomac Fever" -- an incurable disease of wishing to hold onto personal power, Mineta, the public servant, was never seduced by the trappings of power, money or fame. The political power that he came to exercise never made him arrogant, selfish, partisan or corrupt. From start to finish, he devoted himself to serving others, not advancing his own self-interests.

To cite an example, when the USJC was co-organizing a conference in Los Angeles on California High-Speed Rail, we invited Mineta to attend. He said that he had already made a commitment to speak at an international symposium in Beijing China around the same time.

As the conference in Los Angeles did not have a big-name keynote speaker, we asked whether he might be willing to squeeze it in.

Squeeze in, he did. From Washington, he made reservations for an overnight "red-eye" flight that brought him to our Los Angeles conference just in time to deliver the keynote address.

Once the speech was over, he took another overnight flight back to Washington. There, at Dulles International Airport, he met his wife and together they boarded an international flight to Beijing.

It was an exceedingly tight schedule of flights, covering some 14,000 miles (22,500 kilometers) inside a week's time. 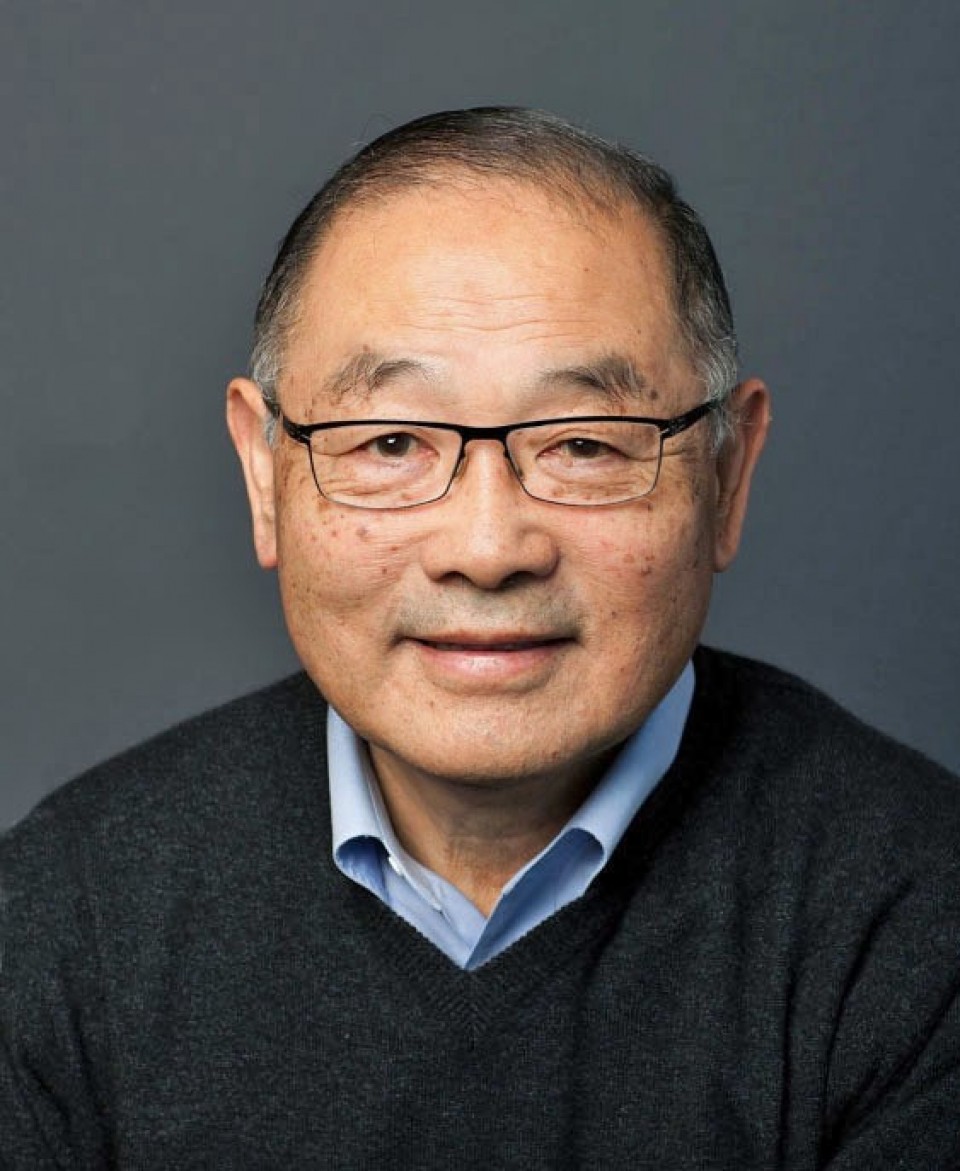 What we learned later was that Mineta had rearranged his travel schedule against doctor's orders. As Mineta was coping with considerable pain in his back, hips, and down his legs, his doctor had said, "No long airplane flights."

Think about the circumstances: a retired person in his 80s, suffering from back, hip and leg pain, and under strict medical instructions to avoid long, exhausting airline travel.

Yet, he ignored his doctor's advice, crisscrossing the globe while dealing with the physical discomfort.

Why? To support the USJC conference and to promote the California High-Speed Rail.

For all his time, energy, and physical strain, Mineta received no financial compensation. No honorarium.

How many other political leaders would willingly make such sacrifices? Few, if any.

This episode sums up the life and career of Mineta: a man of principle, purpose, loyalty, integrity and dedication to public service.

No wonder airports, highways and research organizations have been named after him.

Whenever I see public signs bearing his name, such as Norman Y. Mineta San Jose International Airport, it lifts my spirits and stirs up feelings of pride about the iconic Japanese American leader now sitting in a virtual Parthenon. Next to the granite bust of Daniel Inouye.

(Norman Mineta was born in 1931 in San Jose, California, as a second-generation Japanese American. After becoming the city's mayor in 1971, he became a Democratic congressman in 1975. In resuming commercial flights after the Sept. 11, 2001 attacks on the United States, Mineta as transport secretary was opposed to preflight security checks on passengers based on their racial and ethnic backgrounds).

(Daniel Okimoto is professor emeritus at Stanford University and former chair of the U.S.-Japan Council's Board of Councilors. He now serves as co-chair at the nonprofit organization Silicon Valley Japan Platform)