Lone yokozuna Terunofuji and No. 4 maegashira Takanosho head into the final day of the Summer Grand Sumo Tournament in a two-way tie for the lead at 11-3 after winning their respective bouts on Saturday.

Mongolian-born grand champion Terunofuji overpowered ozeki Shodai shortly after Takanosho ensured his place atop the leaderboard by beating No. 2 Kiribayama on Day 14 at Ryogoku Kokugikan. 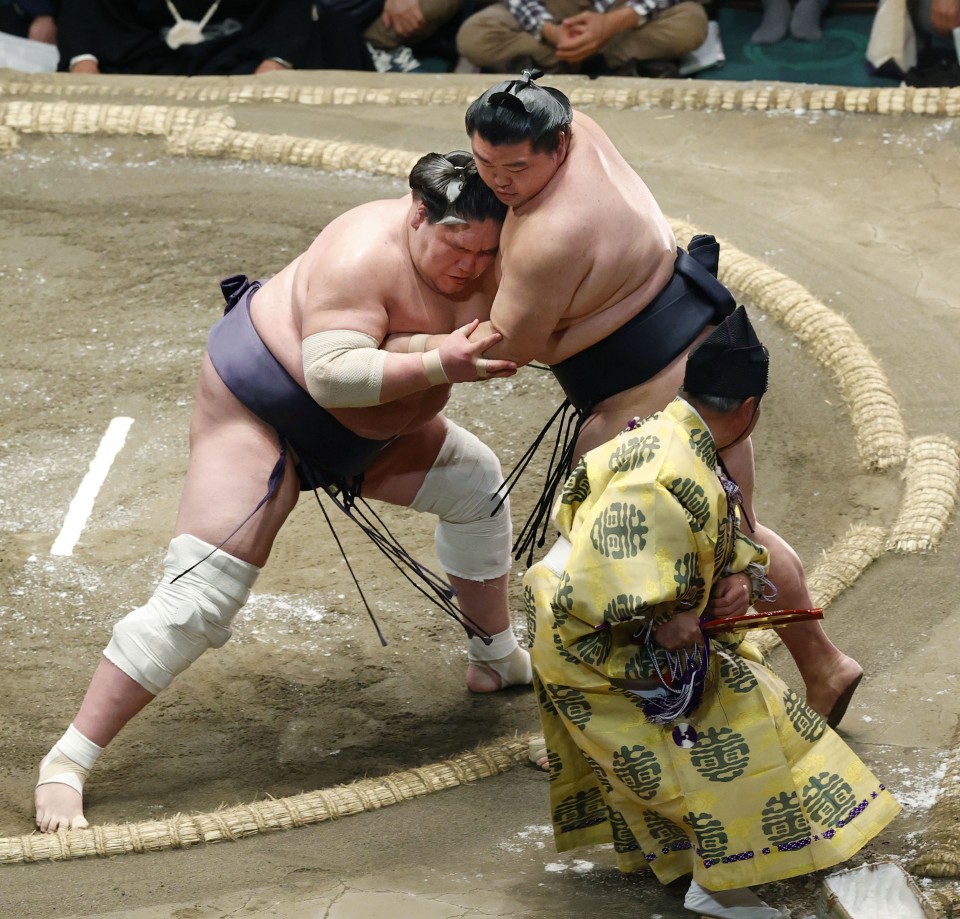 Terunofuji (L) defeats Shodai on the 14th day of the Summer Grand Sumo Tournament on May 21, 2022, at Tokyo's Ryogoku Kokugikan. (Kyodo)

Bidding for his seventh career Emperor's Cup, the injury-hampered Terunofuji was too strong for embattled ozeki Shodai, already the owner of a losing record that will see him fight with demotion-threatened "kadoban" status in July for the fourth time.

Terunofuji took a belt grip at the jump and bundled Shodai (5-9) straight over the straw for a force-out victory.

With a losing record for the tournament on the line, Takakeisho (7-7) pushed out fellow ozeki Mitakeumi (6-8), who will join Shodai as a kadoban ozeki at the July tournament.

Takakeisho must win his final-day's bout to avoid the nightmare scenario of all three wrestlers from sumo's second-highest rank finishing with losing records.

Having given up the outright lead with his loss to sekiwake Wakatakakage the previous day, former sekiwake Takanosho kept a maiden Emperor's Cup in his sights with a gritty win over Kiribayama (9-5). 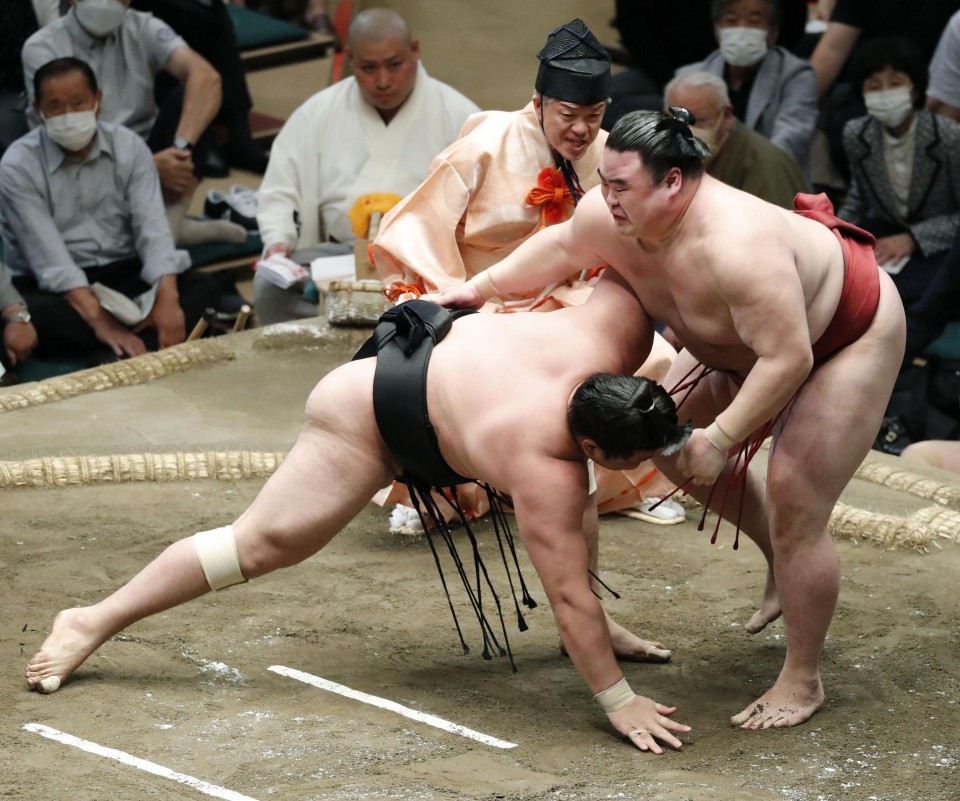 He kept Kiribayama off his belt, slapping the former komusubi down to avoid his first consecutive losses of the meet.

March grand tournament champion Wakatakakage (8-6) claimed his all-important eighth win by default after the withdrawal of No. 6 Ura (9-5), whose title hopes ended with an ankle injury incurred in Friday's loss to sekiwake Abi.

Komusubi Hoshoryu earned his eighth win against No. 11 Aoiyama (9-5), ending the Bulgarian grappler's title hopes with a rear push out.

A day before his 23rd birthday, the rising star from Mongolia clinched his second straight winning record since being promoted to the three elite "sanyaku" ranks below yokozuna.

Abi (7-7) remains one win away from the eight he needs to keep his sekiwake rank after being thrust down by No. 2 Kotonowaka (8-6).

The son and namesake of former sekiwake Kotonowaka and grandson of late former yokozuna Kotozakura yanked Abi off balance and slung him to the clay to clinch his crucial eighth win.