Norman Mineta, who was the first Asian American ever to serve as a U.S. Cabinet secretary and who in childhood had been incarcerated during World War II for his Japanese ancestry, died Tuesday at his home in Maryland, his former aide said. He was 90.

During his over 20 years as a member of the U.S. House of Representatives, Mineta worked to address the country's historical injustice of having forced some 120,000 Japanese Americans into wartime internment camps. 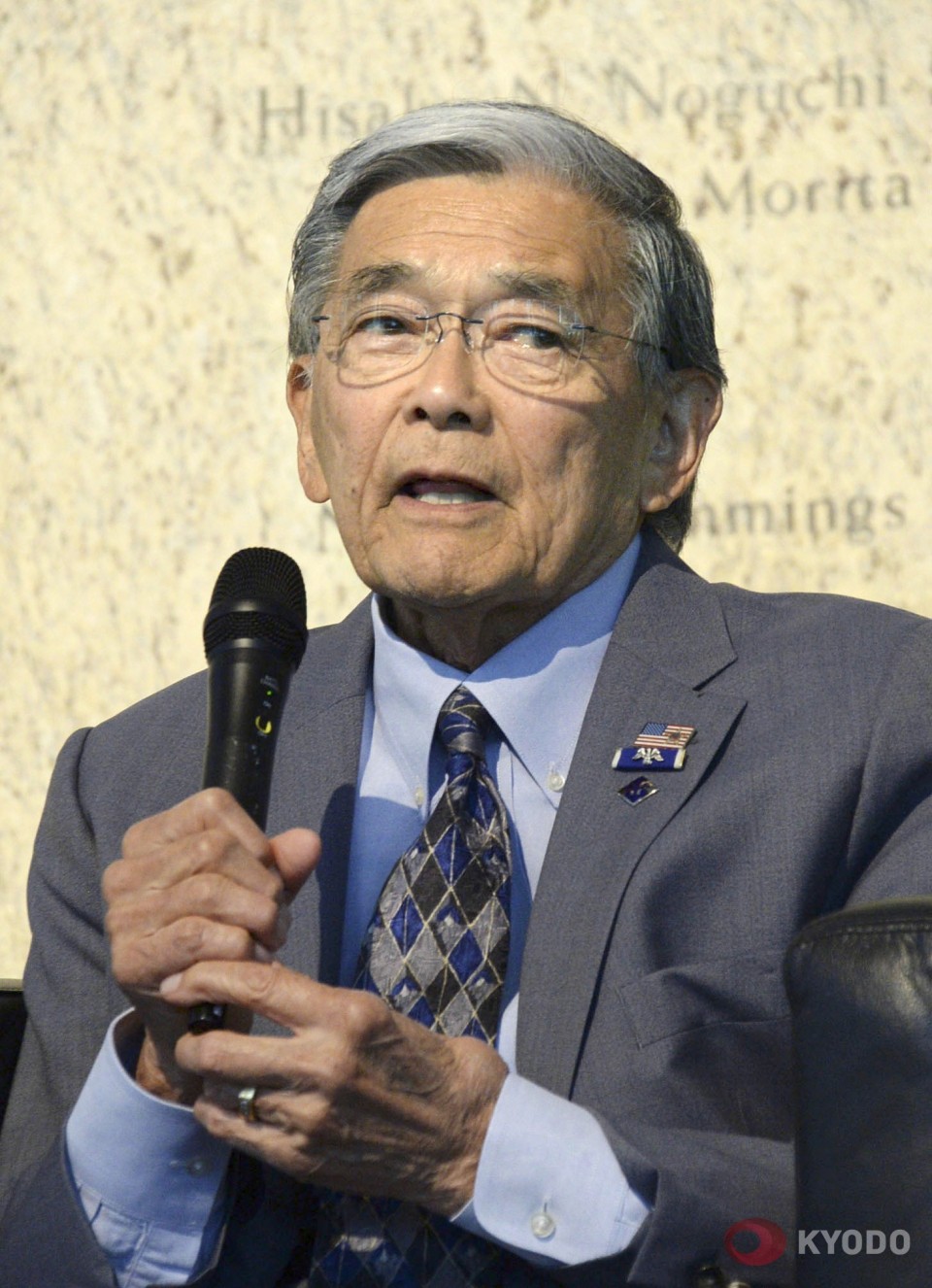 The late Norman Mineta, who was the first Japanese American to serve as a U.S. Cabinet secretary, speaking at an event in Los Angeles on Aug. 4, 2018. (Kyodo)

Born in San Jose, California, to Japanese immigrant parents, Mineta was among the many individuals who were labeled "enemy aliens" and forced to leave their homes after Japan's attack on Pearl Harbor in 1941, which drew the United States into war.

Mineta and his family were sent to the Heart Mountain internment camp in the western state of Wyoming. After the war, the Minetas returned to San Jose.

Mineta was an Asian American trailblazer, becoming the first sworn in as San Jose's mayor in 1971 and the first appointed as a Cabinet member when he became secretary of commerce, serving between 2000 and 2001.

He was also transportation secretary between 2001 and 2006. In the wake of the Sept. 11, 2001, terror attacks, he opposed racial profiling regarding airline security checks when there was talk of banning Middle Easterners and Muslims from flying.

Mineta received the Presidential Medal of Freedom, the highest civilian award in the United States, in 2006, and the Grand Cordon of the Order of the Rising Sun from the Japanese government in 2007, the highest honor to be given to foreign nationals.

The cause of Mineta's death was a heart ailment, according to his former chief of staff John Flaherty.

"My dad passed away peacefully Tuesday afternoon at his home surrounded by his family," David Mineta said in a statement provided by Flaherty, CNN reported.

In February this year, the United States marked 80 years since the signing of a presidential order that led to the incarceration of the Japanese Americans.

Norman Mineta contributed to the passage of the Civil Liberties Act of 1988, which provided monetary reparations to survivors of the internment camps and an official apology to the Japanese American community.

U.S. Ambassador to Japan Rahm Emanuel, who also served as a member of the House, said he was saddened to learn of the death of "one of the finest public servants of this or any generation."

"Norm's profound moral authority grew out of his experiences being interned with his family and other Japanese Americans during World War II," the 62-year-old envoy said in a statement, recalling their time working together.

"As America's first Japanese American Cabinet official, he was a tireless advocate for equality and dignity and a fierce opponent of bigotry and prejudice," Emanuel said, adding, "He will be deeply missed." 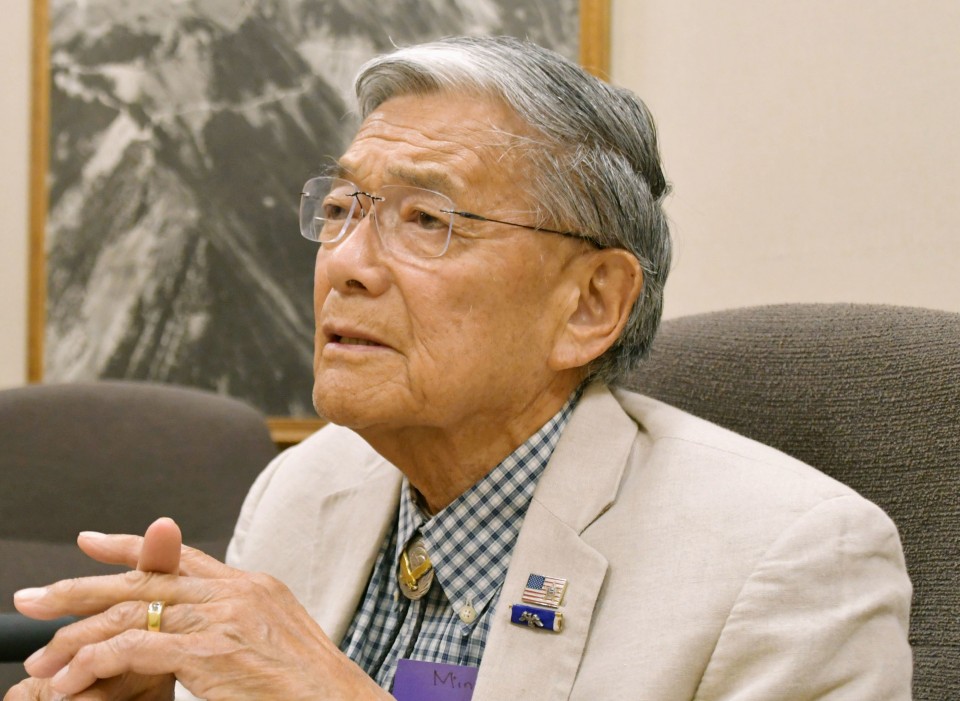 The late Norman Mineta, a Japanese American who served as U.S. transportation secretary during the George W. Bush administration, speaks during an interview in Wyoming on July 25, 2019. (Kyodo)