President Joe Biden will make clear during his trip to Japan and South Korea later this month the "ironclad" U.S. commitment to defend its allies including through nuclear deterrence, amid the threat from North Korea, the White House said Thursday.

The commitment to providing so-called extended deterrence to the two Asian allies will be reaffirmed in light of "North Korea's continued destabilizing actions in the region, including the test-launch of multiple intercontinental ballistic missiles," Press Secretary Jen Psaki told a press briefing. 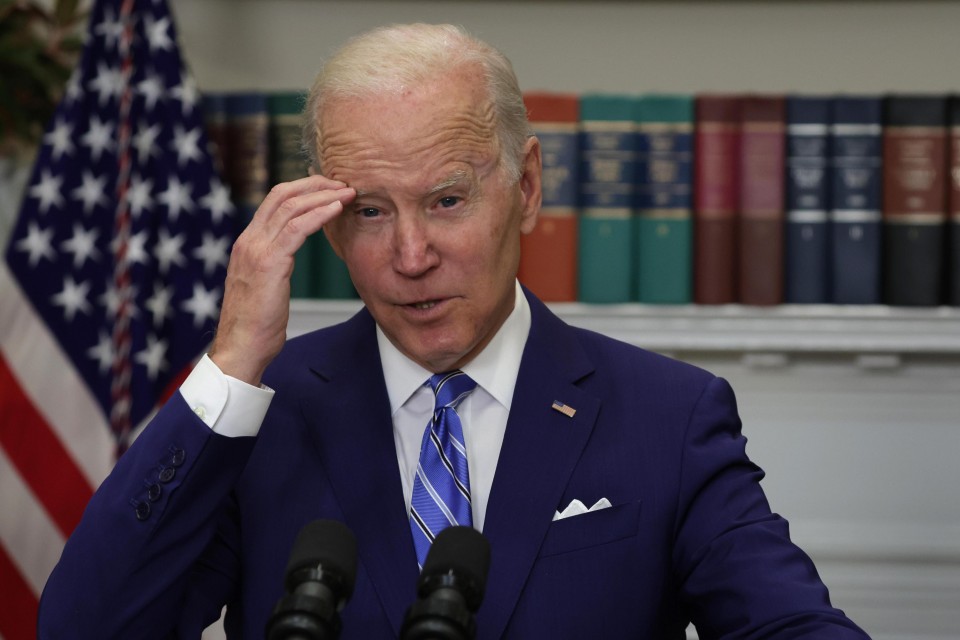 U.S. President Joe Biden speaks during an event at the White House on May 4, 2022, in Washington. (Getty/Kyodo)

In March, North Korea conducted its first launch of an ICBM since November 2017, marking an end to a self-imposed moratorium on test-firing such missiles that had stretched back to April 2018. It had also tested an ICBM system in prior missile tests.

Concerns are now growing that Pyongyang could also move ahead with a nuclear test for the first time since September 2017.

CNN reported Thursday that the U.S. military and intelligence agencies assess that North Korea could be ready to resume underground nuclear testing this month at the Punggye-ri site, citing three U.S. officials.

Signs of personnel and vehicle activity at the Punggye-ri site, which North Korea insisted it demolished in 2018, have been seen through satellite imagery, but the officials do not know if the regime has placed nuclear material in an underground tunnel there, according to CNN.

Psaki said concerns over North Korea's provocative actions will not affect Biden's scheduled visit to South Korea and Japan between May 20 and 24.

"I would say we certainly always assess security as we do with any of the president's travel, but that has not been a concern as it relates to his travel coming up in just a few weeks," she said.

During a series of meetings to take place in South Korea and Japan, Biden will discuss efforts to support Ukraine as the Eastern European country continues to fight back against Russia's military aggression, ways to hold Russia to account for the war, climate change and the coronavirus pandemic, among other issues.

In Tokyo, Biden will also take part in a summit of the "Quad" group with the leaders of Japan, Australia and India. The Biden administration places value on the partnership of the four major democracies in the Indo-Pacific amid its efforts to push back against China's growing clout in the region.