Japan will assist developing nations with their anti-coronavirus steps with cumulative assistance worth $5 billion, Prime Minister Fumio Kishida said Thursday during a global summit aimed at galvanizing efforts to tackle the coronavirus pandemic.

In a video message, Kishida said Japan will continue to promote vaccinations so the world can see an end to the pandemic. At the same time, he pledged Japan will do its part to strengthen the global health system to prepare for future pandemics. 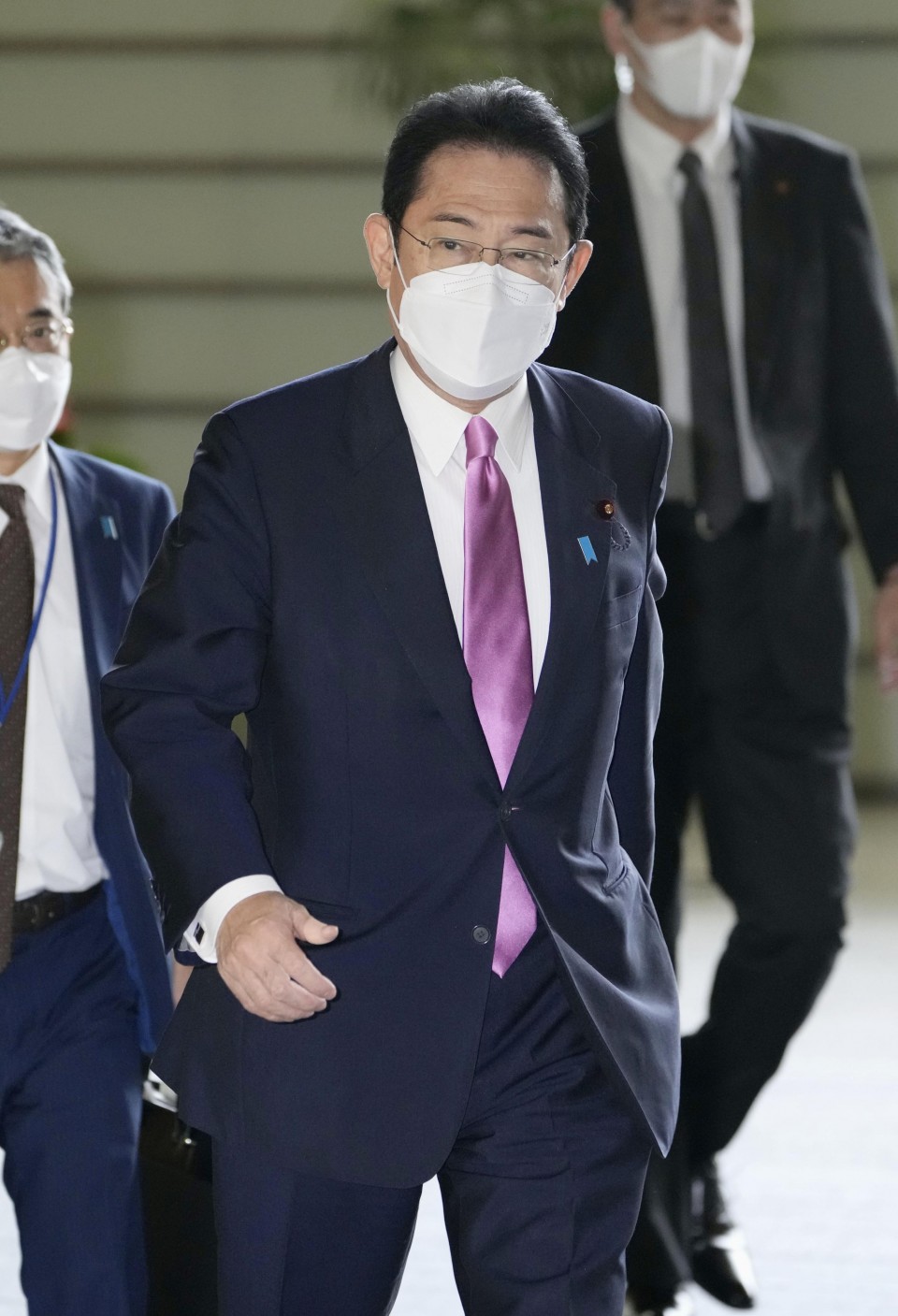 Japanese Prime Minister Fumio Kishida arrives at the premier's office in Tokyo on May 11, 2022, wearing a face mask amid the coronavirus pandemic. (Kyodo) ==Kyodo

The summit, the second of its kind, garnered fresh financial commitments totaling more than $3 billion, according to the U.S. government, which co-hosted the event with Belize, Germany, Indonesia and Senegal.

Japan's $5 billion assistance includes financial contributions to the U.N. -led COVAX vaccine-sharing scheme. Japan will provide up to $200 million via the Japan International Cooperation Agency to help boost the local manufacturing capacity of vaccines and medicine in Africa, Kishida said.

The summit was held to ensure vulnerable people have access to vaccines, testing and treatment and to prevent future health crises.

"Japan is determined to continue to lead international efforts to achieve universal health coverage" via Japan-hosted events in the coming months, Kishida said.

Leaders from the "Quad" group, comprised of Australia, India, Japan and the United States, are expected to hold a meeting later this month, while Japan is set to take over the presidency of the Group of Seven nations from Germany next year.

During the summit, the United States vowed to increase its initial contribution toward establishing a new pandemic preparedness and global health security fund at the World Bank by an additional $200 million, bringing its total commitment to $450 million.

The White House also announced the same day that the United States has marked a grim milestone of 1 million lives lost to COVID-19, far more than any other country.