Japan plans to salvage as early as Monday a tourist boat that sank off Hokkaido last month, officials said Friday, as deepwater divers ended their two-day search inside the boat without a trace of the 12 people still missing.

The transport ministry, together with a private company, will commence the salvaging work Saturday, the officials said, estimating that the operation will cost about 140 million yen ($1 million). 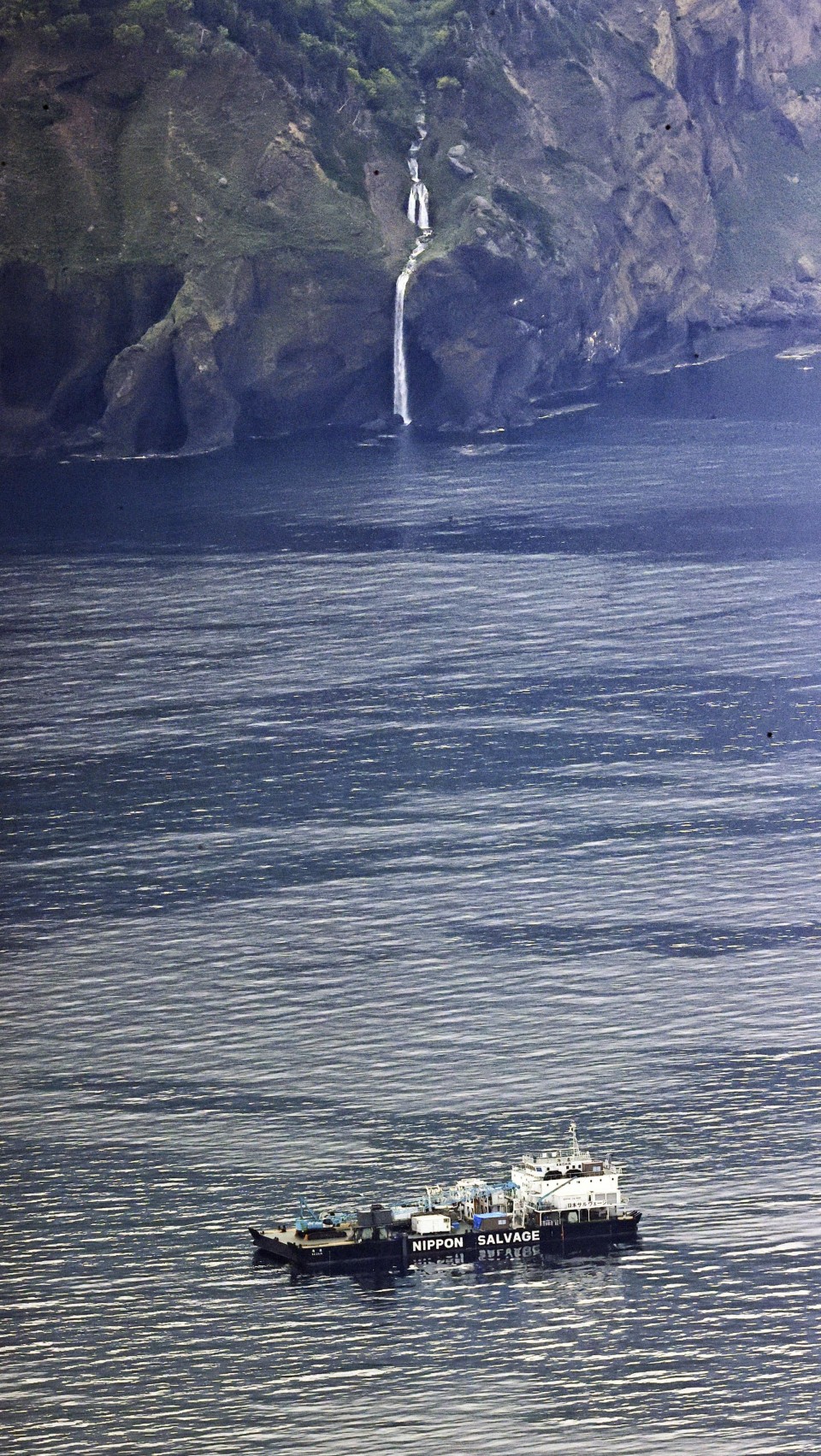 Photo taken from a Kyodo News helicopter shows the Kaishin barge on May 20, 2022, from which a deepwater search is being undertaken inside a tour boat that sank off the Shiretoko Peninsula on Japan's northernmost main island of Hokkaido on April 23 with 26 people aboard. (Kyodo)

The 19-ton boat, Kazu I, which currently sits on the seabed some 120 meters below the surface, went missing off the Shiretoko Peninsula on April 23, and 14 of the 26 people on board have been confirmed dead.

The divers used a special technique known as saturation diving, in which they absorb a mix of oxygen and helium to adjust to the water pressure at the depth they intend to work at.

Transport minister Tetsuo Saito said at a press conference Friday that preparations to salvage the boat are "progressing steadily."

The Japan Coast Guard is searching the area with aircraft and boats, while local police have expanded their search on land to areas south of the peninsula.

Meanwhile, a body, possibly of one of the missing, was found on the shore of Kunashiri Island, one of the islands controlled by Russia and claimed by Japan near Hokkaido, according to the coast guard.

This marks the second time an unidentified person has been found dead on the island's shore since the boat accident. A woman's body was found washed ashore on the island on May 6.