North Korea said Sunday an additional 296,000 people displayed a fever in the past day as it scrambles to curb the spread of the coronavirus through a nationwide lockdown. 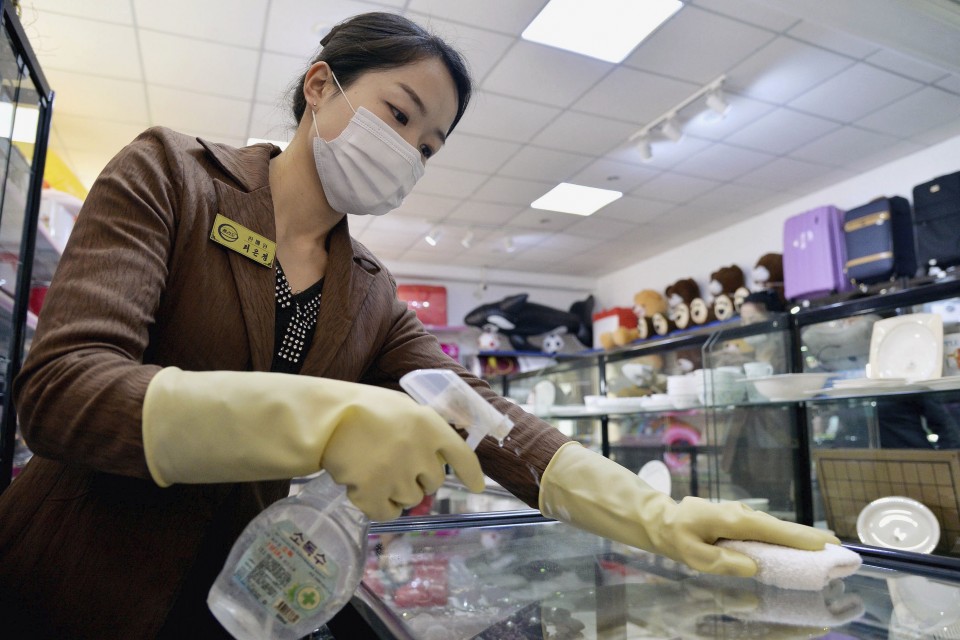 A worker disinfects a store in Pyongyang on March 29, 2022, amid worries about the coronavirus. (Kyodo) ==Kyodo

More than 820,000 people have suffered a fever since late April, among which at least 496,000 have recovered, KCNA said, citing data from the country's emergency epidemic prevention headquarters. The latest daily count was at least 296,180.

Although the cause of most deaths and the fever-causing illness has not been identified, the increasing figures have raised concern about a humanitarian crisis in the country, which lacks medical resources and has a population of 26 million that is believed to be largely unvaccinated against COVID-19.

As part of emergency measures, the news agency said all provinces, cities and counties have been completely locked down since the first case, with over a million people mobilized to deal with the outbreak.

"The spread of malignant disease comes to be a great upheaval in our country since the founding of the DPRK along with the worldwide spread of COVID-19 which gets very serious," North Korean leader Kim Jong Un said Saturday, referring to the country by its official name's acronym.

Kim also said at a meeting of senior officials that North Korea should learn from China's "success and experience" in fighting the pandemic.