The United States is committed to defending Taiwan if China attempts to seize the self-ruled island by force, President Joe Biden said Monday, in what seemed to be a shift from Washington's long-standing policy of keeping its stance ambiguous.

Such a position, which Biden has expressed in the past, was made clear as the U.S. president was visiting Asia for the first time since taking office, possibly meant to deliver a strong warning to China's increasing pressure on the democratic island. 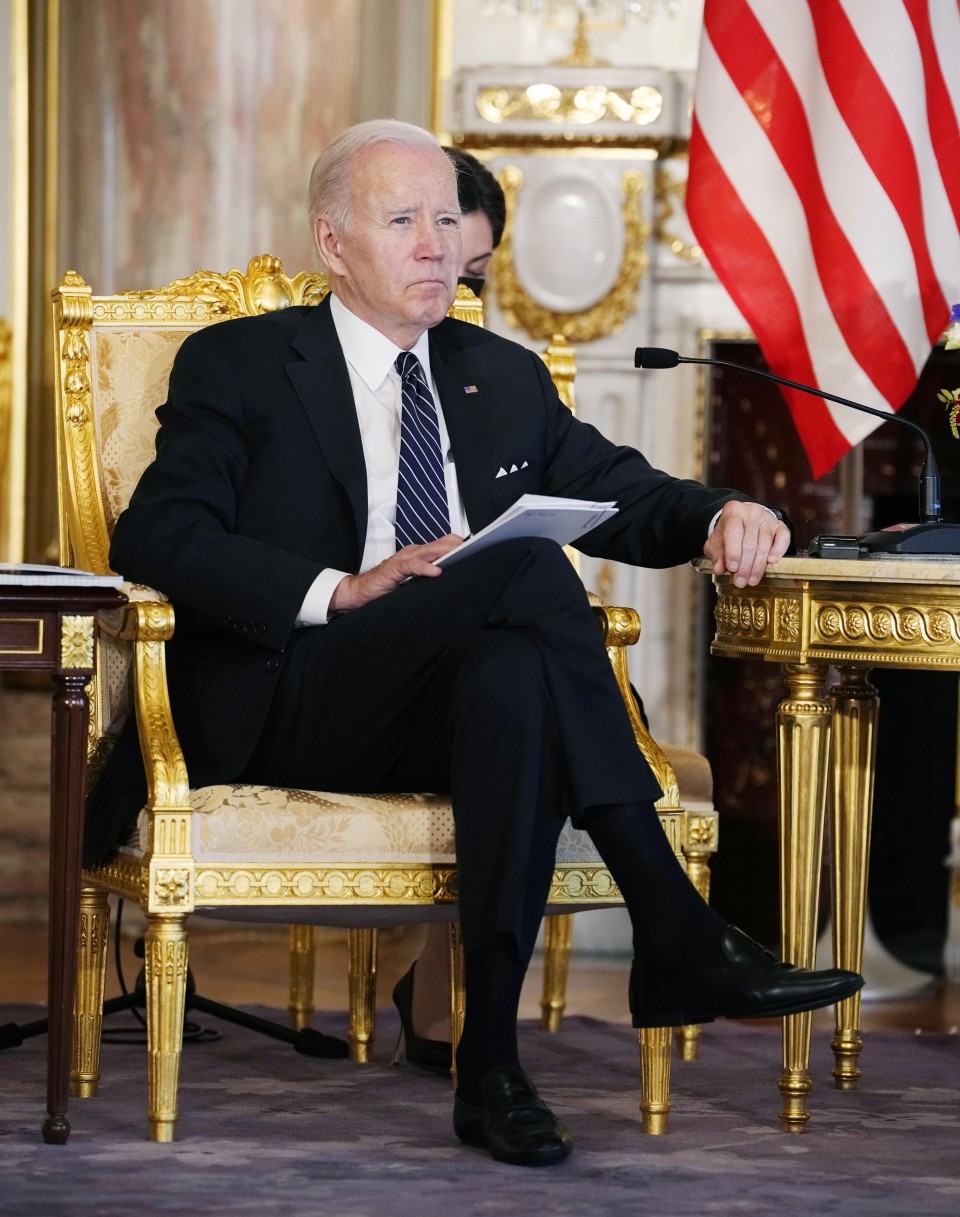 Asked by a reporter if the United States is willing to get involved militarily in a Taiwan contingency, Biden told a press conference after meeting with Japanese Prime Minister Fumio Kishida in Tokyo, "Yes. That's the commitment we made."

China voiced firm opposition to Biden's remarks, with a Foreign Ministry spokesman reiterating Beijing's position that the Taiwan issue is purely China's "internal affairs and cannot be interfered by any external forces."

Biden said the United States maintains the one-China policy under which it recognizes Beijing as the "sole legal government of China" and that his "expectations" are that China will not attack Taiwan.

But Beijing is "already flirting with danger right now by flying so close and all the maneuvers" undertaken, he said, apparently referring to Chinese military planes repeatedly entering Taiwan's air defense identification zone.

Taiwan and mainland China have been separately governed since they split due to a civil war in 1949. Beijing, which regards Taiwan as a renegade province, has since endeavored to bring the island back into its fold.

Taiwan's Foreign Ministry welcomed Biden's comments later Monday, pledging to work together with the United States, Japan and other nations to protect the "peace and stability in the Indo-Pacific region."

The United States changed its diplomatic recognition from Taipei to Beijing in 1979 but has maintained substantive though unofficial relations with Taiwan and supplies the island with arms and spare parts to maintain sufficient self-defense capabilities.

At the same time, the U.S. government has taken an ambiguous position regarding the use of military force in response to a Chinese attack on Taipei, a stance known as "strategic ambiguity."

The policy is intended not only to deter China from using force against Taiwan but also to dissuade Taiwan from seeking independence, as neither Beijing nor Taipei can feel certain the United States would intervene to defend the island should a conflict arise, according to experts.

Biden emphasized how strong the international community can act against Russia over its aggression on Ukraine will affect China's behavior in the future.

He also vowed to "stand firmly with Japan and other nations" to guard against a Taiwan takeover.

"Our policy towards Taiwan has not changed at all. We remain committed to supporting the peace and stability across the Taiwan Strait and ensuring that there's no unilateral change to that status quo," Biden said.

In October last year, Biden was asked during a town hall event organized by CNN whether the United States would come to Taiwan's defense in the event of an attack and said, "Yes, we have a commitment to do that." The White House said later there was no change in policy toward the island.