Celtic's Australian manager Ange Postecoglou led his side to their 52nd Scottish title on Wednesday, securing it with a 1-1 draw to Dundee United.

Celtic's Giorgos Giakoumakis and Dundee's Dylan Levitt were the scorers at Tannadice Park. Japanese midfielder Reo Hatate started for Celtic, while Daizen Maeda and Kyogo Furuhashi came off the bench. 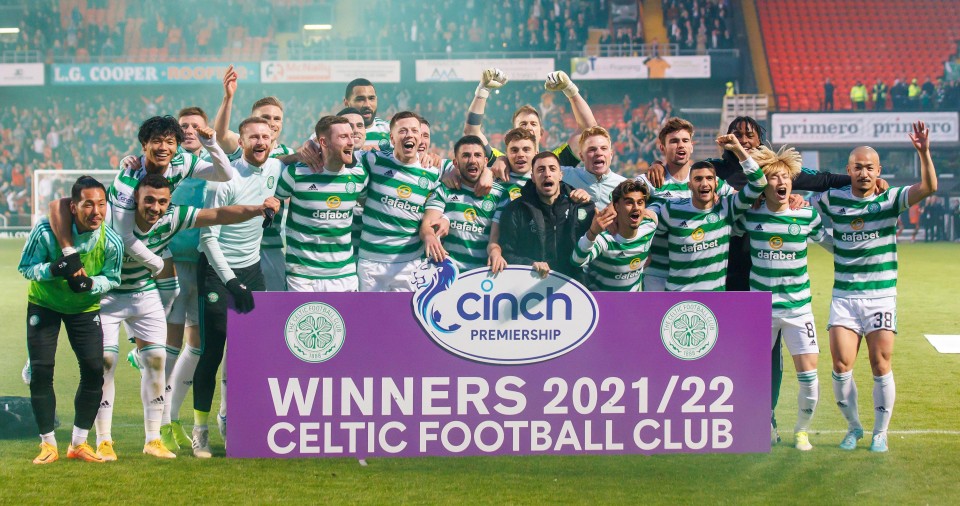 Celtic players celebrate reclaiming the Scottish Premiership title after a draw with Dundee United on May 11, 2022, in Dundee, Scotland. (Kyodo)

"I've worked really hard on my defense ever since I came here," said Hatate, who joined from Kawasaki Frontale on a four-and-a-half year contract on New Year's Eve. "So I think I was able to contribute that way."