Australian Prime Minister Anthony Albanese said Tuesday that China had reached out to congratulate him on his appointment, despite recent bilateral tensions after Canberra called for an inquiry into the origins of the novel coronavirus.

"I have received, now, a letter of congratulations from Premier Li (Keqiang), as I have from other world leaders. And I welcome that," Albanese said, adding that the Australian government would "respond appropriately in time." 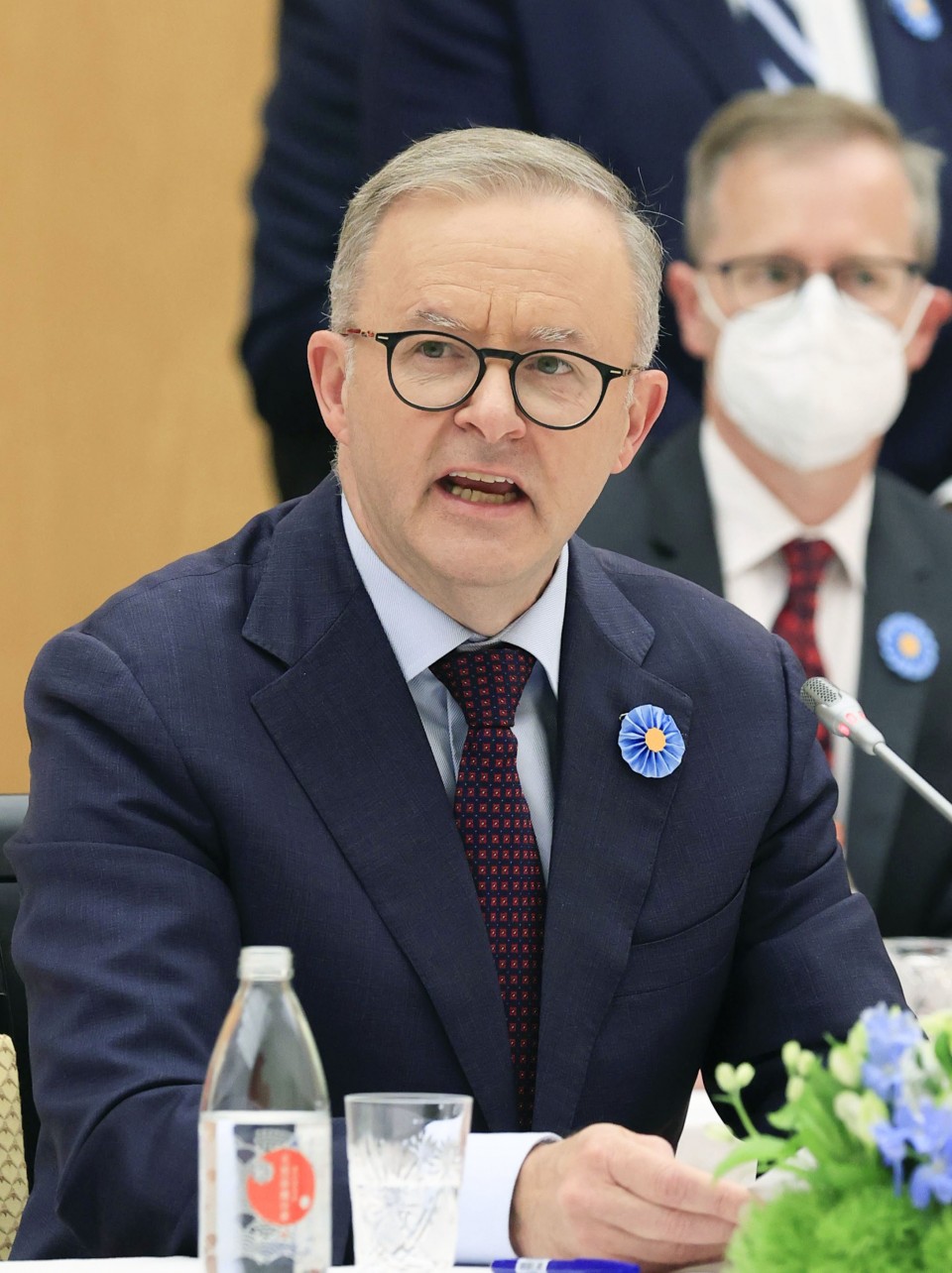 Australian Prime Minister Anthony Albanese speaks during a summit of the "Quad" group of Indo-Pacific democracies -- the United States, Japan, Australia and India -- in Tokyo on May 24, 2022. (Kyodo) ==Kyodo

Albanese was speaking to reporters in Tokyo, where he joined the leaders of Japan, the United States and India for a "Quad" summit.

According to China's State Council, the letter said that "the Chinese side is ready to work with the Australian side to review the past, look into the future, and uphold the principle of mutual respect and mutual benefit, so as to promote the sound and steady growth of their comprehensive strategic partnership."

The Chinese government had frozen all communications with former Australian Prime Minister Scott Morrison and his senior ministers, refusing to take phone calls since early 2020, according to local media.

But Albanese stressed that Canberra's position on China remained unchanged. "It's not Australia that's changed. China has," he said.

Albanese said that while Australia seeks good relations with all countries, it would not compromise its values.

"It is China that has placed sanctions on Australia. There is no justification for doing that. And that's why they should be removed," the prime minister said.

The relationship between China and Australia has soured in recent years, particularly after Morrison called for an independent inquiry into the origins of the novel coronavirus, first detected in the central Chinese city of Wuhan in late 2019.

Beijing has also placed sanctions on a number of Australian exports amid the spat, which Canberra has repeatedly criticized as economic coercion.