East Timor celebrated the 20th anniversary of its independence Friday, with newly inaugurated President Jose Ramos-Horta stressing that improving relations with neighboring countries will be at the top of his agenda.

Ramos-Horta, who served as the country's president from 2007 to 2012, returned to power in a swearing-in ceremony just minutes before midnight on Thursday, succeeding Francisco "Lu Olo" Guterres.

"We must explore effective ways of greater economic and comprehensive integration, of greater cooperation in the areas of defense and security, namely maritime security," Ramos-Horta said, specifically mentioning Australia, New Zealand and Indonesia as well as other Southeast Asian countries. 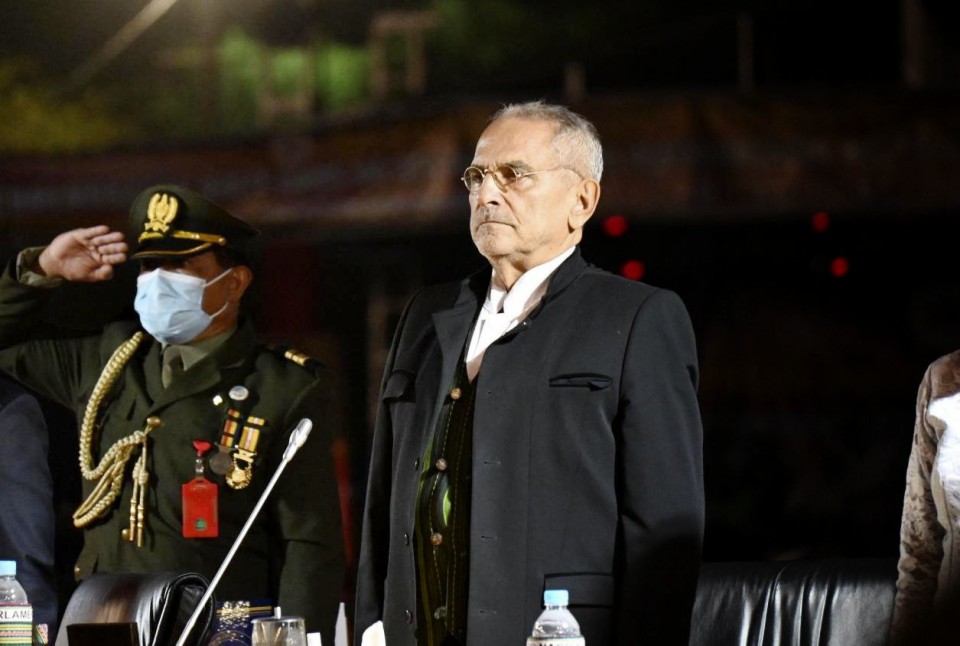 Jose Ramos-Horta is inaugurated as president of East Timor on May 19, 2022, in Dili. (Kyodo)

At the ceremony in Tasitolu, an area outside the capital Dili where East Timor declared independence from Indonesia 20 years ago, the new president told invited guests that accession to the 10-member Association of Southeast Asian Nations will be a major priority.

Joining the Asian forum is "a national strategic objective that I have personally advocated for since 1974 during a historic meeting in Jakarta with then Indonesian Foreign Minister Adam Malik," he said, referring to a June 1974 meeting in which he said Malik assured him that East Timor had a right to independence. Eighteen months later, Indonesia was to break the promise and annex the former Portuguese colony.

In 2011, during Ramos-Horta's first stint as president, his government submitted an application to join ASEAN when Indonesia held the rotating chairmanship of the group.

Ramos-Horta vowed to work on behalf of all East Timorese, not only those who supported his candidacy.

He also expressed gratitude to Japan for being a generous partner to East Timor, particularly in the infrastructure sector.

The new president acknowledged that the country will continue to face major challenges such as job creation, and pledged to strive toward addressing such issues.

Despite receiving oil and gas revenues since 2005, East Timor remains one of the poorest countries in the Asia-Pacific, with official statistics indicating around 41 percent of the population of 1.37 million lives below the poverty line.

Basic income, health and literacy levels are similar to those of countries in sub-Saharan Africa, while the proportion of unemployment and underemployment is estimated to be as high as 70 percent.

Indonesia annexed East Timor in 1976, after it had been under Portuguese colonial rule for about 400 years.

It formally gained independence in 2002 after 30 months under U.N. administration following a referendum in 1999 in which the East Timorese overwhelmingly voted for separation from Indonesia.

(Antonio Mali contributed to the story from Dili)