History was against the world No. 99, whose opponent had never lost in the first round of the tournament. Nishioka nevertheless came out swinging, pushing the Serbian world No. 1 to multiple break points in the opening game. 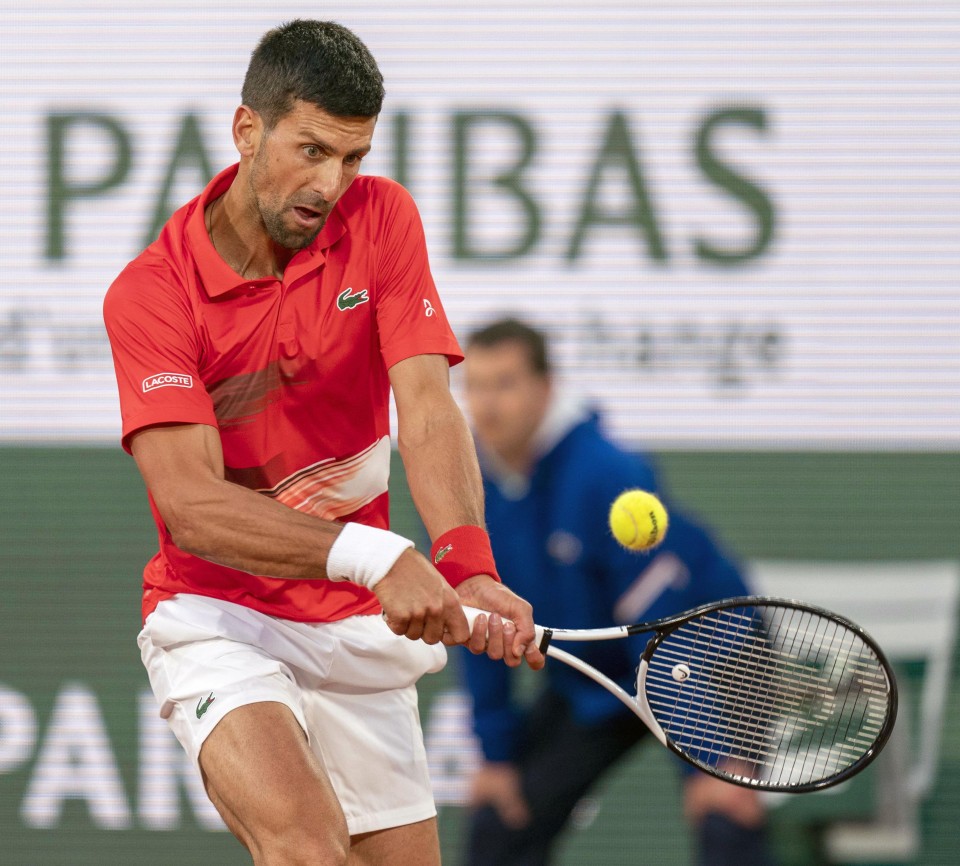 Novak Djokovic of Serbia plays against Yoshihito Nishioka of Japan in the first round of the French Open tennis tournament in Paris on May 23, 2022. (Kyodo) ==Kyodo

He earned six break point opportunities in the match but could only convert one, while Djokovic broke Nishioka's serve eight times as he wrapped up the match in under two hours.

"I think he has to be pleased with the start of the match, until I really got used to and kind of adapted to his game," said Djokovic, who is playing his first Grand Slam of the season. "He's very quick, one of the quickest players on the tour."

The 26-year-old Nishioka rued his inability to capitalize on early chances before the match got out of hand.

"I got a lot of deuces or break point opportunities, but I think one of his strengths is not allowing points in those situations," Nishioka said.

Twenty-time Grand Slam winner Djokovic will face Slovakia's Alex Molcan or Federico Coria of Argentina in the second round. 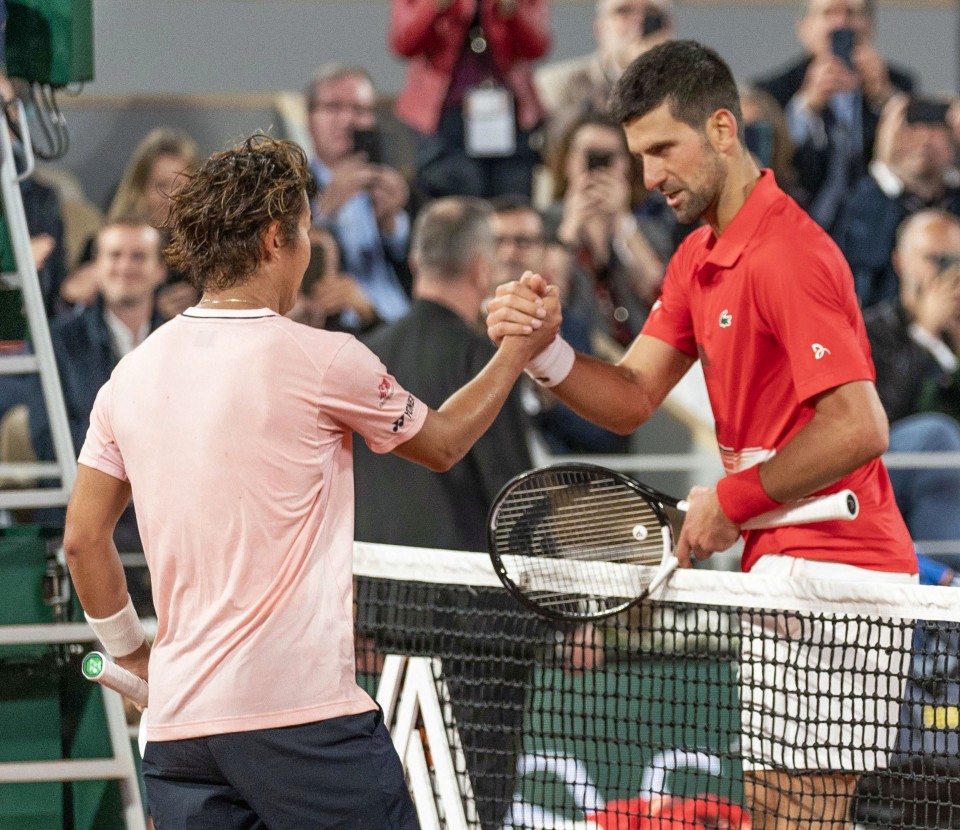 Novak Djokovic (R) of Serbia and Yoshihito Nishioka of Japan meet at the net after Djokovic's straight-sets victory in the first round of the French Open tennis tournament in Paris on May 23, 2022. (Kyodo) ==Kyodo