Takumi Minamino scored a vital equalizer as Liverpool ensured the Premier League title race will go to the season's final round by coming from behind to beat Southampton 2-1 on Tuesday.

Liverpool leveled through a powerful Minamino strike in the 27th minute at Saint Mary's Stadium, when the Japanese forward and former Saints loanee, making his first league start of the season, struck his third goal in the league and his 10th in all competitions. 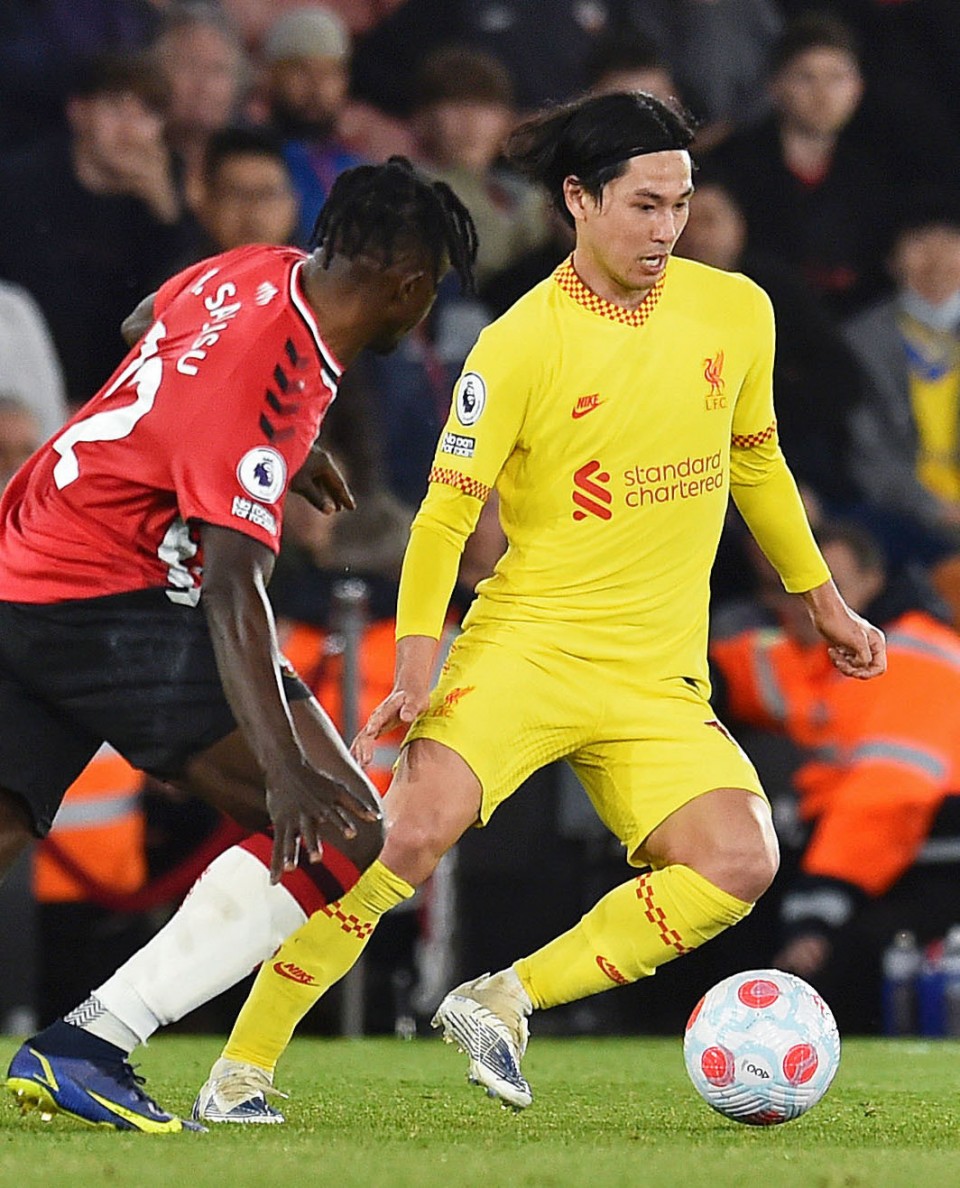 Takumi Minamino (R) of Liverpool vies for the ball in a Premier League match against Southampton at Saint Mary's Stadium in Southampton on May 17, 2022. (For editorial use only)(Kyodo)

"I had been feeling frustrated, but I changed that to a desire to just go out and get it done," Minamino said. "Going forward, if I'm given opportunities in big matches, I want to score."

Joel Matip completed the visitors' comeback by heading home the winning goal in the 67th minute.

The result leaves Liverpool a point behind leaders Manchester City ahead of the final round of games all to be played on Sunday. Liverpool host Wolverhampton Wanderers at Anfield while City are at home to Aston Villa.