Japan will undergo a policy review by the U.N. Committee on the Rights of Persons with Disabilities in late August following a two-year delay due to the coronavirus pandemic, sources close to the matter said Monday.

The review, Japan's first, will recommend non-legally binding policy improvement measures to improve the lives and societal participation of people with disabilities. Japan ratified the Convention on the Rights of Persons with Disabilities in 2014.

Reviews of Japan's policies will take place from Aug. 22 to 23 in Geneva, Switzerland, after the coronavirus pandemic delayed the process from its original summer 2020 start. The recommendations are expected within a month of the checks. 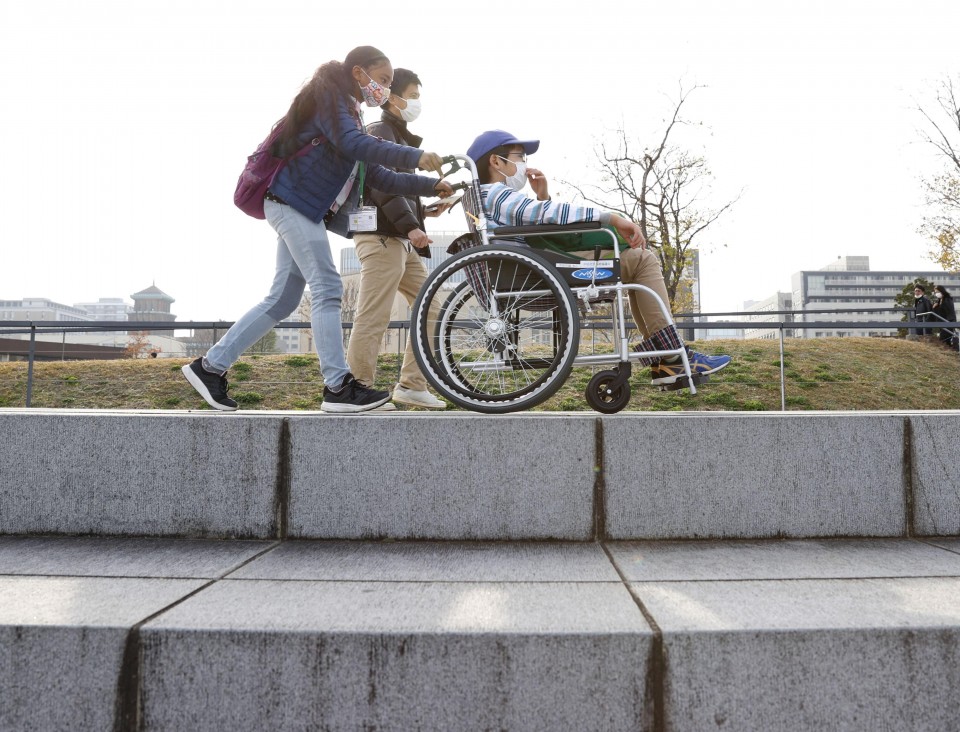 Elementary school pupils in Yokohama explore areas around competition venues of the Tokyo Olympics and Paralympics in December 2020 with a wheelchair to compile an accessibility map. (Kyodo)

In advance questions to the government, the committee is likely to have highlighted issues including treatment of people with disabilities in natural disasters, patients' long-term stays in psychiatric hospitals and past forced sterilizations under the now-defunct eugenics protection law.

Between 1948 and 1996, the eugenics protection law was used to authorize sterilization of about 25,000 people with intellectual disabilities, mental illnesses or hereditary disorders. Around 16,500 were operated on without their consent, government data shows.

In April 2019, Japan's parliament enacted legislation to pay 3.2 million yen ($25,200) in state compensation to each person who endured forced sterilization under the law. But legal fights over damages continue, with only 990 people having compensation approved as of the end of March.

Apart from the government, citizens' groups and other entities can also submit reports, and the committee will conduct its review while also taking into consideration parallel reports from the Japan Federation of Bar Associations and disabilities groups.

"I want the government to accept the recommendations, and work to improve its policy measures," said Satoshi Sato, who has submitted a report as chair of the Japan Disability Forum's committee to promote the convention's implementation.