Song, 55, became the first South Korean male to win an acting prize at Cannes, according to local media. He starred in "Parasite," which won the 2019 Palme d'Or and 2020 Academy Award for Best Picture. 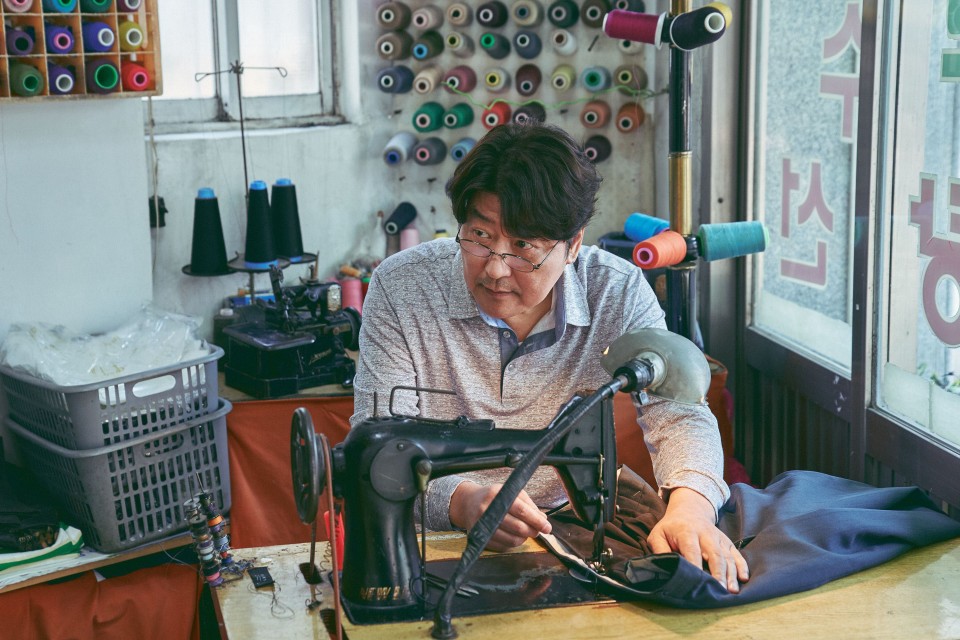 "I'm so grateful and honored. I would like to thank director Koreeda, who is a great artist," Song said in his acceptance speech.

"Broker" is about characters brought together by "baby boxes" where parents can leave their infants anonymously to be raised by others. Song played one of two men who steal and try to sell the babies.

The film marks Koreeda's second foray into working with a non-Japanese cast, after his 2019 feature "The Truth" starring Catherine Deneuve, Juliette Binoche and Ethan Hawke.

Koreeda is familiar with Korean culture, Song told a press conference after the award ceremony, adding it was not too difficult for them to understand each other. 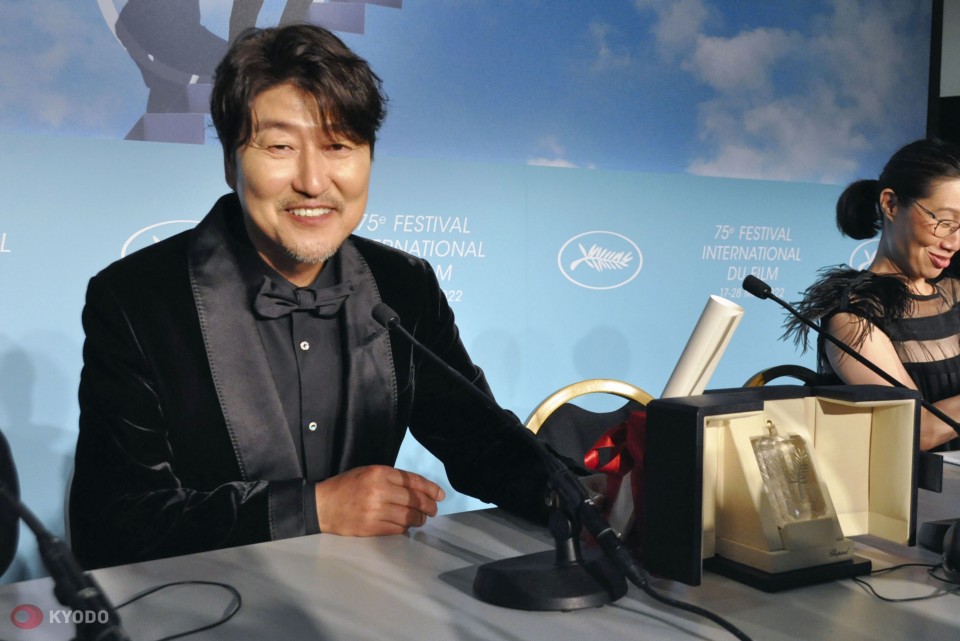 Song Kang Ho attends a press conference after the award ceremony at the Cannes Film Festival on May 28, 2022, in Cannes, France. (Kyodo)

When the film was nominated for the Palme d'Or in April, Koreeda said it was made through "collaboration that transcends language and cultural differences."

On the diplomatic front, Japan and South Korea have been struggling to improve their relations that have soured over disputes stemming from Japan's 1910-1945 colonial rule of the Korean Peninsula.

Meanwhile, Hayakawa's "Plan 75" depicts a near-future Japan where people aged 75 and over are encouraged to choose euthanasia amid the country's rapidly aging population.

"I appreciate that I was invited to Cannes for my first special and important movie," Hayakawa said.