The Robbie Deans-led side, who finished the regular season in second place, defended stoutly to prevent third-place Spears from scoring a try until the last drive of the match at Tokyo's Prince Chichibu Memorial Rugby Ground. 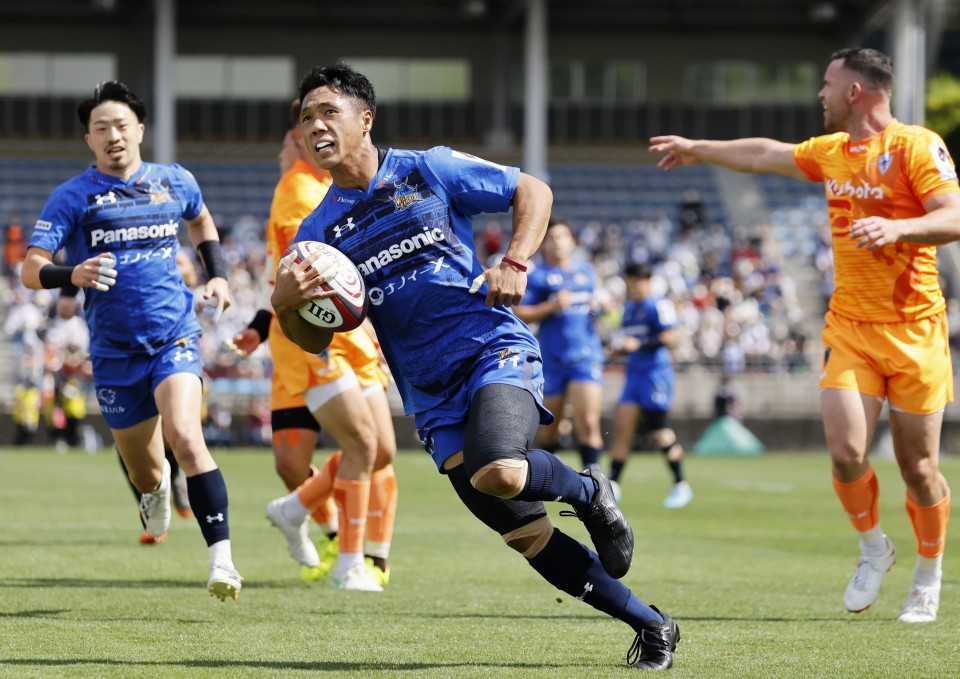 They will contest next Sunday's final against Tokyo Sungoliath, who advanced by beating Brave Lupus Tokyo 30-24 Saturday. The showpiece game at Tokyo's National Stadium will be a rematch of last year's Top League final, won 31-26 by Wild Knights.

Wild Knights flyhalf Takuya Yamasawa scored the opening try in the seventh minute after lock Esei Ha'angana broke the line with a powerful carry from the back of a ruck.

Bernard Foley put Spears on the board at 7-3 with a penalty, but the former Wallabies playmaker hit the post with a later attempt that would have cut the lead to a single point.

Desperate goal line defense prevented Spears going over from a maul late in the half before winger Koki Takeyama flew the length of the field for an intercept try that saw Saitama lead 14-3 at the interval.

Spears started the second half on the attack but were again thwarted by Saitama's scrambling defense inside the 22.

The men in blue put the game beyond reach at 22-3 in the 65th minute when Shota Horie plowed over after the Wild Knights pack pushed a scrum to the try line.

Spears added some respectability to the final score after replacement forward Opeti Helu dove across in the 82nd minute.