National team captain Maya Yoshida aspires to make sporting history for Japan at the World Cup in Qatar in around six months' time, but to have a chance at that he must be selected and healthy enough to play in soccer's showpiece event for the third straight time.

A win in the World Cup knockout stage has proven a hurdle too high so far for the Samurai Blue, who have alternated between group-stage and round-of-16 exits in the past six tournaments since their 1998 debut in France.

"I want to get past (the round of 16) for myself and also to create Japanese sports history," Yoshida said. 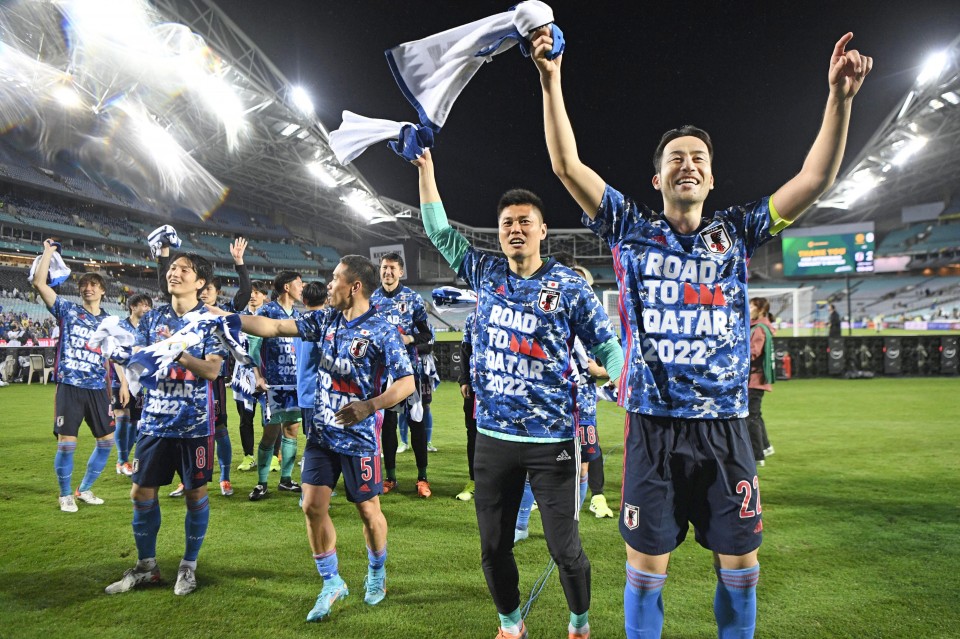 Maya Yoshida (R) and his Japan teammates celebrate after securing a berth at the World Cup football finals in Qatar with a 2-0 win over Australia in Sydney on March 24, 2022. (Kyodo) ==Kyodo

Japan have been handed a tough draw for the Nov. 21-Dec. 18 World Cup, pitted against European giants Germany and Spain, with Group E's fourth team yet to be determined.

While the odds are firmly against Japan making the knockout stage for the fourth time, the 33-year-old's experiences on pitches around the world allow him to approach the task with a more mature perspective.

The long-time Southampton and now Sampdoria center-back is frequently compared to Japan defenders Yuji Nakazawa and Marcus Tulio Tanaka, two players who played key roles in the 2010 World Cup in South Africa -- a comparison that he says has haunted him throughout his career.

"I hated being judged against them when I was young, from the time I first got into the national team until before the (2018) World Cup in Russia. It was like being followed around by ghosts," Yoshida said.

He thinks the only way to free himself from being measured against Nakazawa and Tanaka is to help Japan reach their first World Cup quarterfinal.

Yoshida said he had the opportunity to ask Nakazawa directly last summer during an interview what he has to do to surpass him as a defender.

After initially humbly saying Yoshida already has, Nakazawa told him, "I guess you'll have to make the last eight (at the World Cup)," Yoshida said. "I told him I agree." 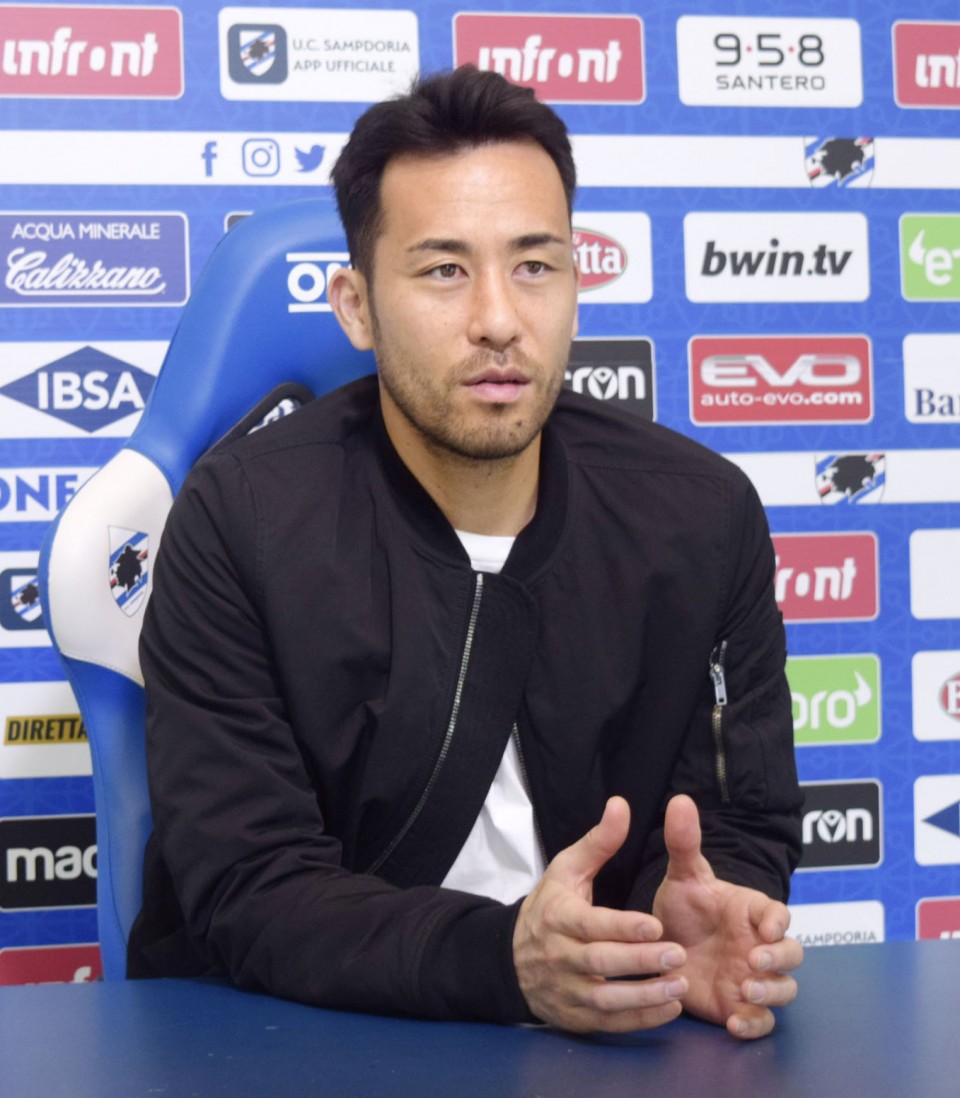 The comparison falls down when it comes to club soccer as neither Nakazawa nor Tanaka played professionally overseas.

Yoshida, on the other hand, has made more English Premier League appearances than any other Japanese player all while establishing himself as a defensive pillar for the national team.

Under Hajime Moriyasu, Samurai Blue's preparations have been hampered greatly by the coronavirus pandemic, but Yoshida knows the manager is doing his utmost for Japanese soccer.

"He is not only thinking about the team now but also about the future," Yoshida said. "That hasn't been the case with non-Japanese managers in the past. They only needed results for themselves," Yoshida said. 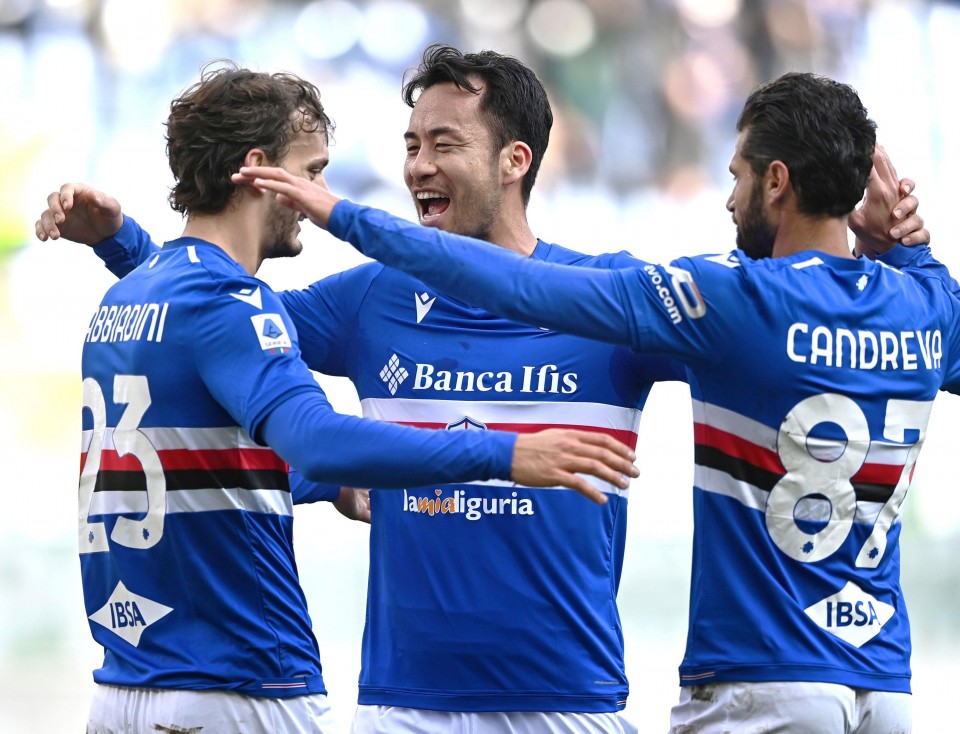 Maya Yoshida (C) of Sampdoria celebrates his team's opening goal with teammates in a match against Cagliari in the Italian Serie A on Jan. 6, 2022, in Genoa, Italy. (Kyodo)

"But because he's Japanese, he's thinking about long-term goals as much as immediate goals. That's the big difference."

Yoshida has seen limited minutes with his Italian team toward the end of what has been a grueling and injury-hit season. He also captained Japan's under-24 side under Moriyasu as an overage player at last summer's Tokyo Olympics, helping them reach the semifinals.

The Japan brains trust hopes some much-needed rest during the off-season and regular game time early next season will allow Yoshida to head into the tournament in Qatar in the best possible shape.

If he can, the stage is set for him to set himself apart from any comparison by carrying Japan to never-before-seen heights.