We recently led the first congressional delegation to Japan since the pandemic began and met with Prime Minister Fumio Kishida and top officials, former Prime Minister Shinzo Abe and other influential parliamentarians, and titans of Japanese industry. 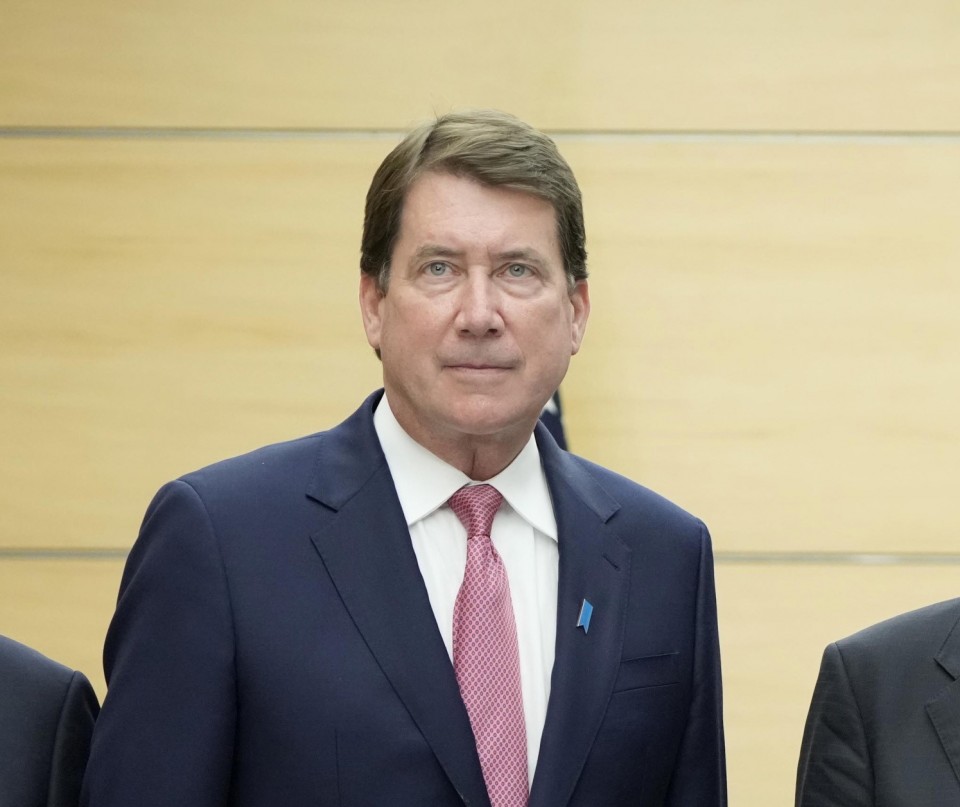 First, the United States should warmly welcome Japan's proactive leadership in response to international crises and encourage our important ally to do even more.

After Russia's unprovoked and unjustified invasion of Ukraine, Tokyo joined in imposing strong multilateral sanctions against Vladimir Putin's war machine. It is critical that Washington ensures Japan -- as a top economic and financial power -- always has a seat at the table on international issues.

In April, Yoshimasa Hayashi became the first Japanese foreign minister to attend a NATO ministerial when he traveled to Brussels. The United States should explore opportunities for Japan and the North Atlantic Treaty Organization to further expand high-level diplomatic interactions and information sharing.

Japan is revising its national security and national defense strategies. At the same time, Tokyo sees growing support from the Japanese people to increase defense spending to 2 percent of gross domestic product.

Washington should encourage Tokyo to use increased spending to field -- as rapidly as possible -- new defense capabilities that are mobile, lethal and interoperable. Japan must also significantly improve intelligence, information sharing and cybersecurity capabilities, and expand joint training exercises with American and partner forces.

Our nations must urgently act to strengthen defense and deterrence because China, with its eye on Taiwan, is surely learning lessons from Russia's invasion of Ukraine.

Third, we must elevate engagement with Japan and the Quad on energy security.

After Putin's invasion of Ukraine, Japan joined other nations in re-evaluating the use of Russian energy sources. Decreasing dependence on Russia energy, however, will be most successful when nations have reliable access to cost-effective alternatives.

The United States and Japan -- as the world's largest and third-largest economies -- will benefit from candid conversations on energy security. The Quad, too, must engage on this critical topic given India is the world's biggest democracy and has an opportunity to decrease its energy and military reliance on Russia, and Australia is a significant energy exporter.

Fourth, Quad members must ensure their technology sectors continue to partner and generate trusted alternatives in 5G, artificial intelligence and other strategic technologies.

In recent years, the United States and Japan closely coordinated to counter Huawei -- and China's other heavily subsidized "national champion" companies that pose national security and espionage risks -- and to clear them from the 5G markets of our respective economies.

As the tech competition with China intensifies, it is imperative the U.S-Japan alliance and the Quad increase coordination and innovation in response.

Fifth, the United States must further advance economic leadership in the Indo-Pacific.

The region is eager to see how Washington will realize its proposed Indo-Pacific Economic Framework. It is a positive step in the right direction toward a comprehensive free trade agreement in the region, but it needs approval by Congress and provisions to increase market access.

We could take IPEF's data provisions and turn them into a stand-alone, sector-specific free trade agreement. The U.S.-Japan Digital Trade Agreement of 2019 -- the most comprehensive and high-standard agreement addressing digital trade barriers -- provides a good starting point.

The Biden administration should consult early and often with Congress on a regional trade agenda. Congress will have to renew Trade Promotion Authority if it pursues any new meaningful FTAs.

Although Washington may not agree on much right now, our bipartisan group strongly agrees on the growing opportunities for strengthening the U.S.-Japan alliance and the Quad. We stand ready to work with President Biden in seizing these opportunities.