A Kyoto University foundation is preparing to provide induced pluripotent stem cells, or iPS cells, for medical use from next March, using cells that have the reduced risk of transplant rejection thanks to the gene-editing tool CRISPR, a foundation official said Sunday.

The CiRA Foundation, an offshoot of the university's Center for iPS Cell Research and Application, plans to increase the types of iPS cells it has, with the view to increasing the stock of cells that match nearly all Japanese and 95 percent of the world's population.

The Kyoto-based foundation has already developed iPS cells using blood from donors who have types of immunity that make them less prone to transplant rejections, and those cells have begun being used in regenerative medicine at universities and medical institutions. 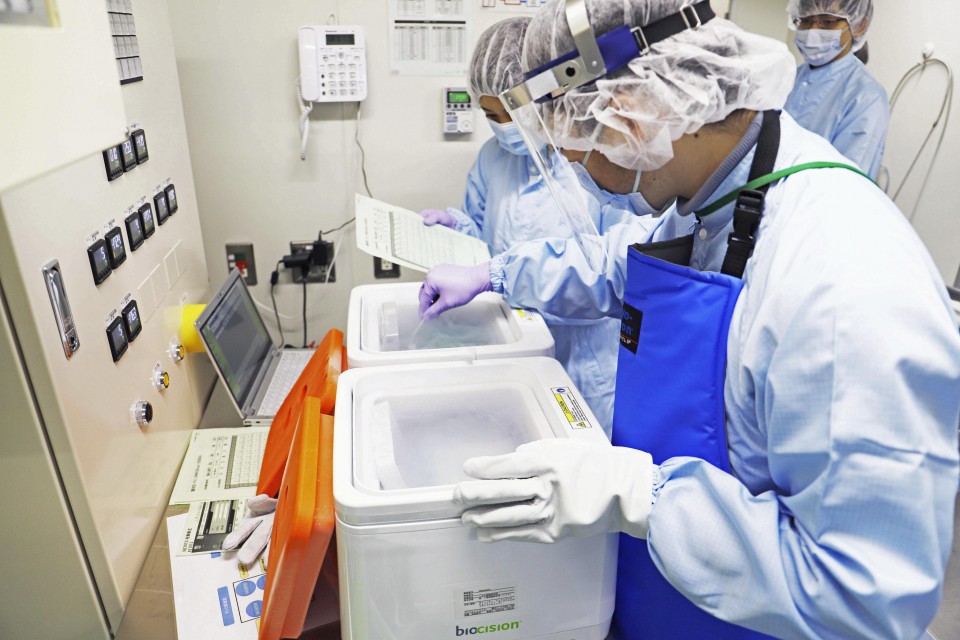 Photo shows a facility that produces iPS cells for medical use. (Photo courtesy of CiRA Foundation)(Kyodo)

But such cells can be transplanted to 40 percent of Japanese. To make iPS cells compatible with more people, the foundation has been working to develop iPS cells with new immunity types using CRISPR-Cas9, and to increase their stock.

So far, however, the foundation has not been able to create cells that meet its quality goal, so it plans to work on new ones in June.

"We hope to provide cells that many people would be able to say they are glad to have used," said Masayoshi Tsukahara, director of the foundation's Research and Development Center.