Japan's industrial output in fiscal 2021 expanded at a record 5.8 percent from the previous year after two straight years of setbacks due to the coronavirus pandemic, government data showed Thursday.

In the year through March, the index of production at factories and mines stood at 95.5 against the 2015 base of 100. The rate of increase, following a 9.6 percent plunge in the previous year, was the highest since comparable data became available in fiscal 2014.

The data showed, however, that Japan's industrial output has not recovered to pre-pandemic levels, with the index standing at 99.9 in fiscal 2019. 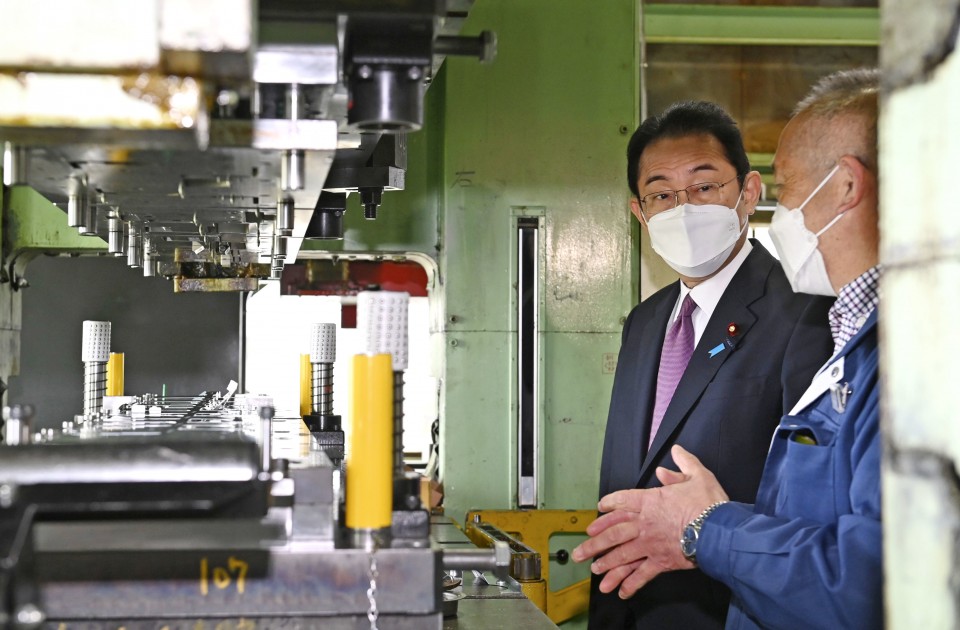 Production was on a downward trend until last September due to shortages of semiconductors and parts supply disruptions in Southeast Asia due to COVID-19 but has been recovering since, led mainly by a pickup in production machinery output.

The country's output in March climbed 0.3 percent from the previous month, as the impact of the coronavirus pandemic waned, the Ministry of Economy, Trade and Industry said in a preliminary report, following a revised 2.0 percent rise in February.

The ministry retained its basic assessment that industrial production was showing signs of picking up based on the figures in March.

Output in eight sectors including semiconductor manufacturing equipment and other production machinery grew, while declining in seven sectors such as automobiles and related equipment, which dropped 6.0 percent due to the impact of an earthquake that rattled northeastern Japan in the month.

"We will continue to watch for a potential rise in coronavirus infections, parts supply shortages and rising prices, in addition to monitoring the situation in Ukraine," a ministry official told reporters.

The index of industrial shipments in the final month of fiscal 2021 rose 0.5 percent to 93.2, marking the first increase in three months, while that of inventories fell 0.6 percent to 100.7.

Based on a poll of manufacturers, the ministry expects output to grow 5.8 percent in April and decline 0.8 percent in May.