Hayashi to take 30 Ukraine evacuees to Japan after touring Poland

Foreign Minister Yoshimasa Hayashi plans to take about 30 Ukrainian evacuees to Japan on a government plane when he completes a five-day mission to Poland next week, sources familiar with the matter said Friday.

Hayashi visits Poland as a special envoy of Prime Minister Fumio Kishida as the international community steps up assistance to Ukrainians fleeing the Russian invasion of the East European country, as well as Poland and other neighboring countries that host a large influx of Ukrainian evacuees. 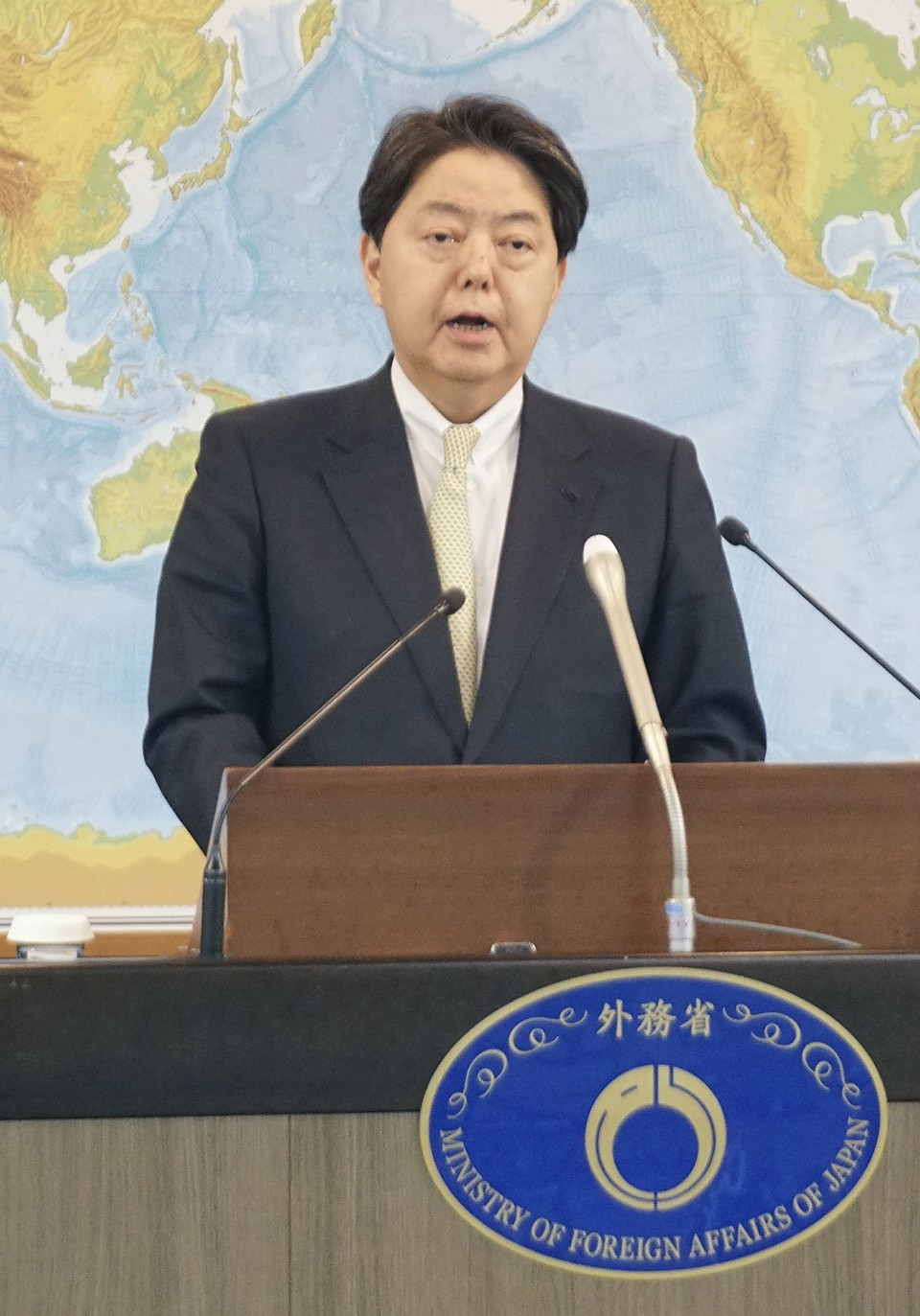 Japanese Foreign Minister Yoshimasa Hayashi speaks at a press conference at his ministry in Tokyo on April 1, 2022. Hayashi is scheduled to leave for Poland later in the day as part of efforts to assist those fleeing Ukraine due to the Russian invasion. (Kyodo) ==Kyodo

Japan has come up with the airlift plan because skyrocketing airfares in the wake of the crisis have made Ukrainians in Poland reluctant to evacuate to Japan even if they wish, according to the sources.

The number of evacuees traveling to Japan with Hayashi could increase, they said.

Since Russia launched military attacks on Ukraine in late February, Japan accepted a total of 337 Ukrainian evacuees from March 2 to Wednesday, according to the Immigration Services Agency of Japan.

Hayashi departed Tokyo for Warsaw late Friday and he will return Tuesday, according to his itinerary.

During his stay, the top Japanese diplomat is expected to meet with his Polish counterpart Zbigniew Rau and other senior Polish officials, the sources said.

On Saturday, Hayashi will visit a sheltering place for Ukrainian evacuees in Warsaw and have talks with personnel of the Office of the U.N. High Commissioner for Refugees.

On Sunday, he will observe how refugees are being received in the southeastern Polish city of Rzeszow, where Japan has set up a temporary office.

Initially, Kishida had planned to dispatch Justice Minister Yoshihisa Furukawa to Poland but decided to send Hayashi instead because Furukawa was found to have been in close contact of a family member infected with the coronavirus.

The UNHCR said 4.1 million people had fled Ukraine as of Thursday.