A 1-kilogram batch of hand-rolled new Japanese tea leaves from central Japan's Shizuoka Prefecture sold for a record 1.96 million yen (about $15,466) at the season's inaugural auction on Monday.

The green tea leaves were grown in Fujinomiya, and sold at the Shizuoka Japanese Tea Market's annual auction to ring in the latest crop. Shizuoka Prefecture is renowned in Japan for its green tea. The market officials said that although this year's tea grew more slowly than usual, its quality remains good. 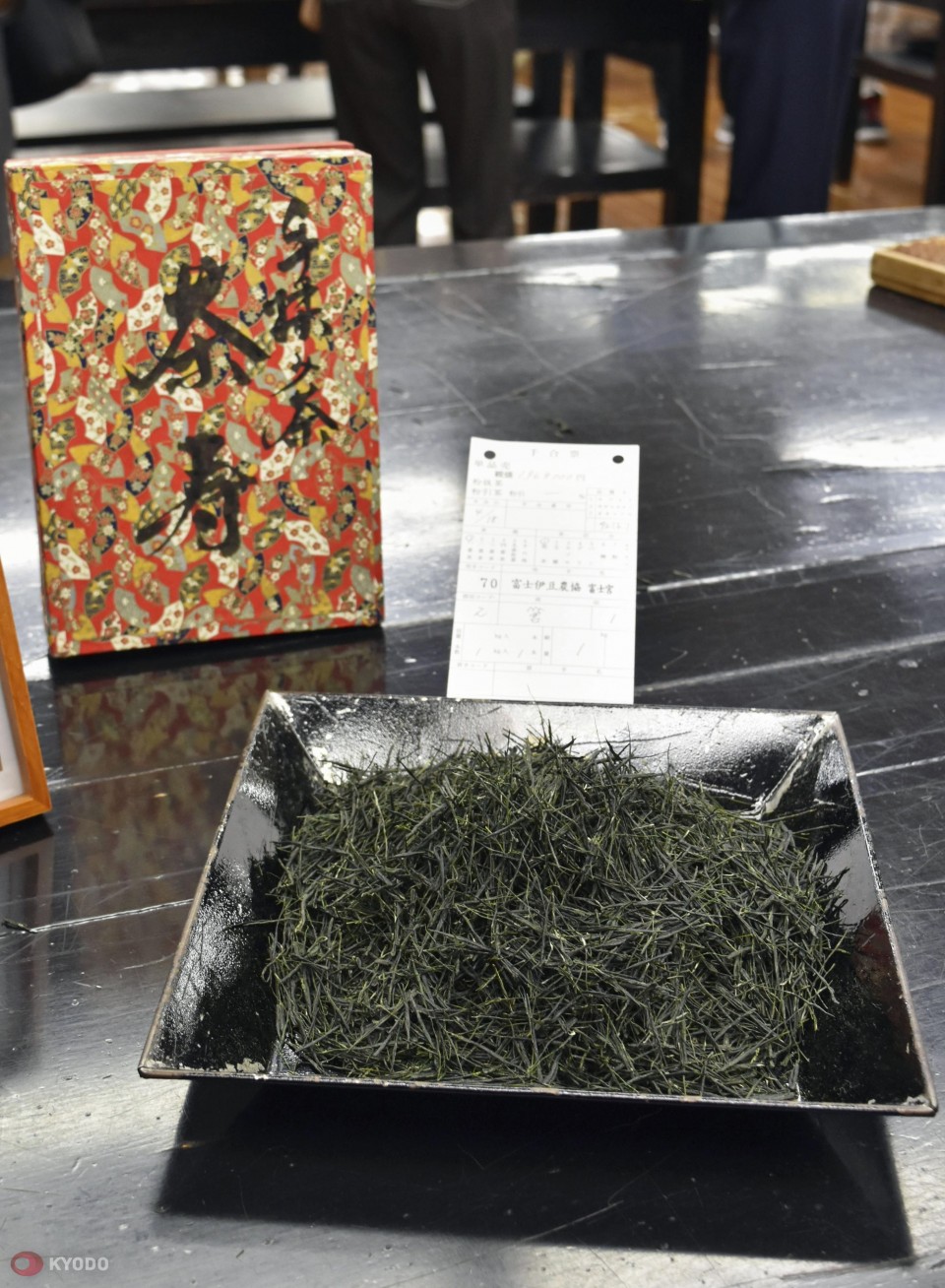 Photo taken on April 18, 2022, shows hand-rolled tea leaves that fetched a record 1.96 million yen per kilogram at the season's first auction for the first harvest of Japanese green tea held at a market in Shizuoka Prefecture, a major green tea production area in Japan. (Kyodo) ==Kyodo

Speaking at a ceremony, the market's president, Yasuhide Uchino, said that despite continually rising fuel and raw materials prices, the market "is working hard to ensure it provides delicious tea at fair prices."

The bell heralding the start of transactions rang at 7 a.m., and agricultural workers, tea traders and others could be seen negotiating prices with Japanese "soroban" abacuses. Clapping echoed as deals were struck.

"We were able to acquire tea of good color and shape," said a satisfied Natsuki Wada, 35, a processed-tea wholesaler based in Shizuoka city.

Trading was also done for teas grown outside Shizuoka Prefecture, including from Kagoshima Prefecture in the southwest and the southern prefecture of Okinawa. Late April is expected to be the peak for tea hand-rolling work.

The Shizuoka Japanese Tea Market reported that as of 8:10 a.m., the trading volume of Shizuoka-grown green tea was 1,732 kg, with an average per-kilogram price of 5,027 yen. 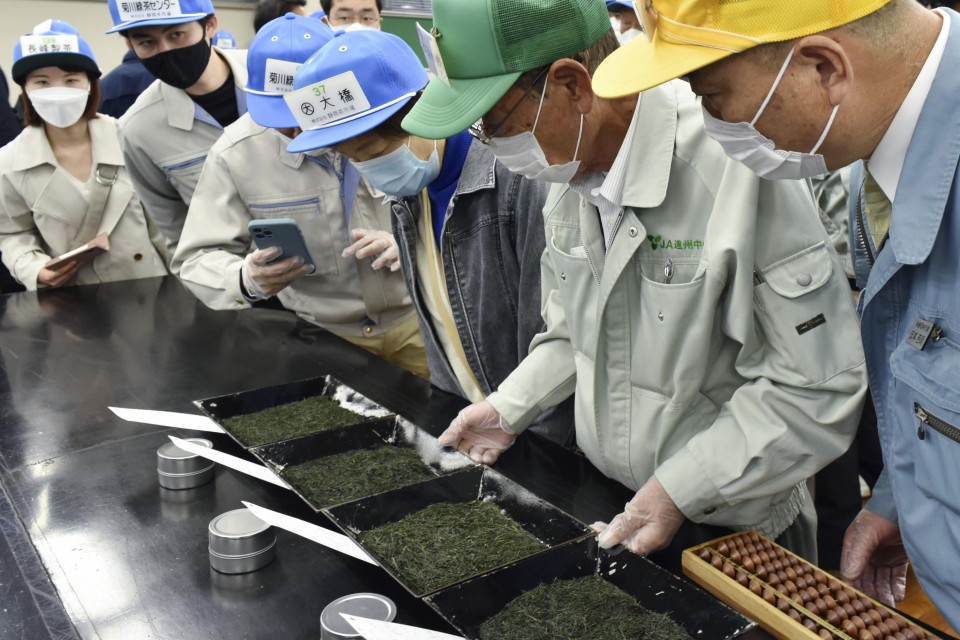 The season's first auction for the first harvest of Japanese green tea is held on April 18, 2022, at a market in Shizuoka Prefecture, a major green tea production area in Japan. (Kyodo)