North Korea on Friday marked the 110th anniversary of the birth of its founder, Kim Il Sung, the grandfather of current leader Kim Jong Un, amid mounting concern that it would conduct military provocations directed against the United States.

As speculation grew that North Korea may launch an intercontinental ballistic missile or carry out its seventh nuclear test on the occasion of the anniversary, the United States, Japan and South Korea strengthened surveillance on the country. 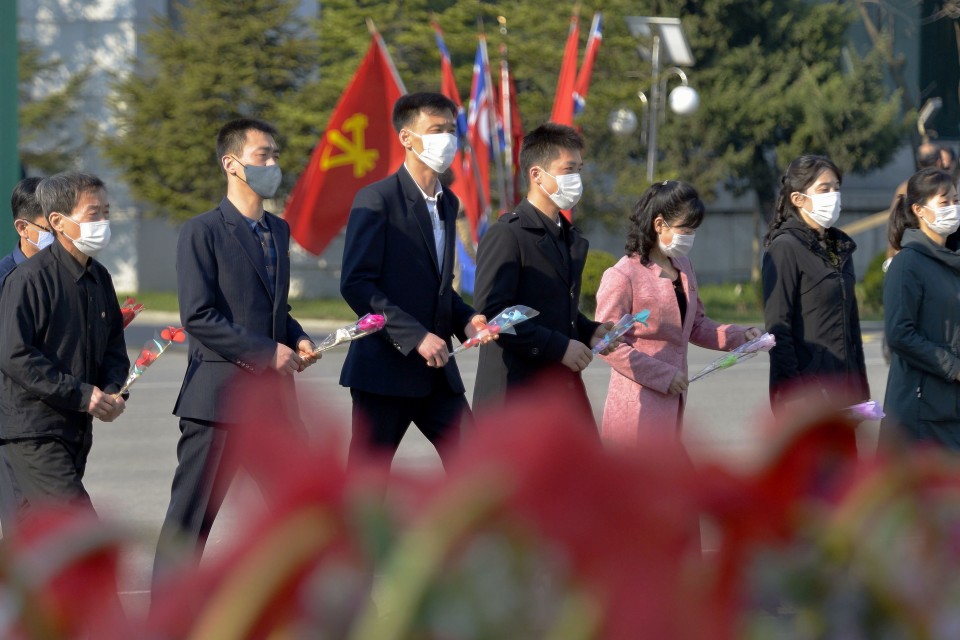 People visit the Mansudae Art Studio in Pyongyang on April 15, 2022, to offer flowers in celebration of the 110th anniversary of the birth of North Korea's late founder Kim Il Sung. (Kyodo) ==Kyodo

The ruling Workers' Party of Korea decided in January to "significantly" celebrate the April 15 anniversary -- the nation's biggest holiday known as the "Day of the Sun." North Korea usually stages larger celebrations on every fifth and 10th anniversary.

On the 105th anniversary in 2017, North Korea held a vast military parade in its capital Pyongyang, but a similar move has not been confirmed this year.

The latest anniversary came as Kim Jong Un has been trying to enhance the national prestige at a time when the country's economy has been languishing against a backdrop of a border blockage following the global outbreak of the novel coronavirus.

In the run-up to the anniversary, Kim Jong Un participated in a ceremony to celebrate the completion of a major housing project in Pyongyang, the official Korean Central News Agency reported Thursday.

Kim was also quoted by KCNA as saying he has given a "marvelous dwelling house" to Ri Chun Hi, the nation's most famous TV anchor working for the state-run Korean Central Broadcasting Station.

As on past anniversaries, citizens on Friday laid flowers and bowed before giant statues of Kim Il Sung and his son, Kim Jong Il, the previous leader who died in 2011, on Mansu Hill in Pyongyang.

At night, Korean Central Television broadcast a live dance performance by young people held at Kim Il Sung Square and fireworks set off in the capital, while a lighting festival opened there on Thursday. 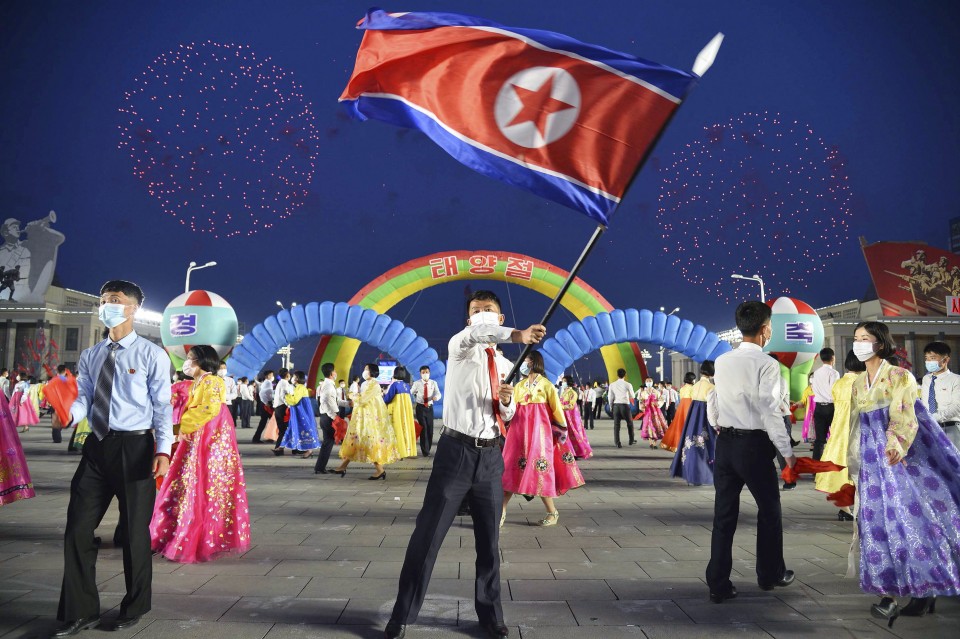 South Korea's Unification Ministry has said the North might stage a military parade in time for the 90th anniversary of the founding of the Korean People's Revolutionary Army, the predecessor of the present Korean People's Army, on April 25.

Many foreign affairs experts also said North Korea may take provocative actions around Monday, from which U.S.-South Korea joint military exercises are scheduled to be conducted on a larger scale. Pyongyang has slammed them as a "rehearsal" for war.

On March 24, North Korea made the first launch of such a missile since November 2017, marking an end to its self-imposed moratorium on ICBM tests since April 2018.

The United States and North Korea remain technically in a state of war as the 1950-1953 Korean War -- in which U.S.-led U.N. forces fought alongside the South against the North backed by China and the Soviet Union -- ended in a cease-fire, not a peace treaty.

North Korea threatens to use nukes in event of preemptive strike by S. Korea