East Japan Railway Co. on Saturday resumed bullet train services between Koriyama and Fukushima stations that were suspended following a powerful earthquake in northeastern Japan more than two weeks ago.

Tohoku Shinkansen trains will run at a reduced speed of up to 160 kilometers per hour, half their maximum speed, between the two stations in Fukushima Prefecture and the number of services will be kept at about 50 percent of normal, according to the company, also known as JR East. 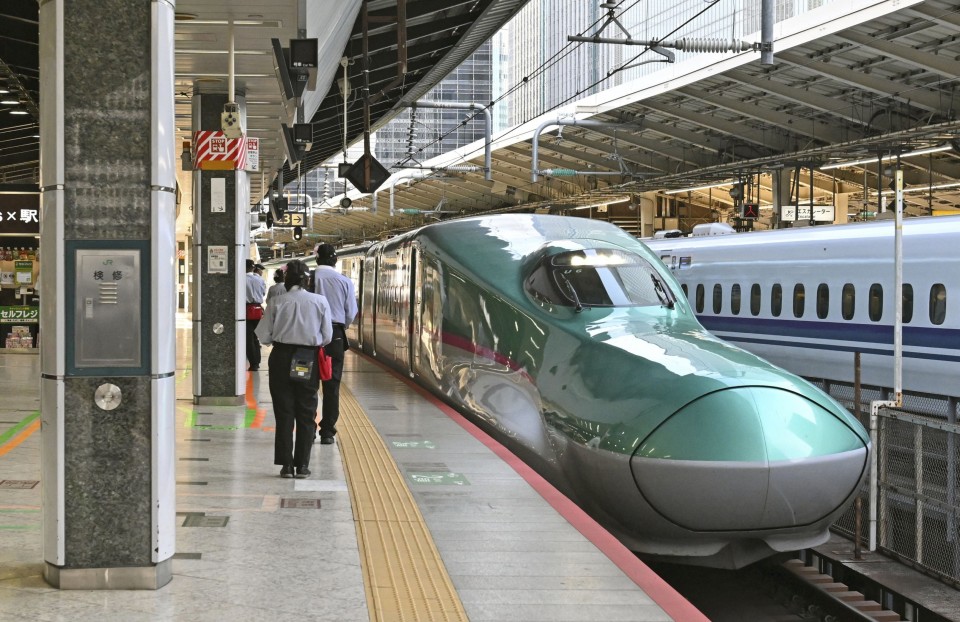 With the resumption, direct Yamagata Shinkansen Line services to and from Tokyo became possible. The line had only been operating between Fukushima and Shinjo in Yamagata Prefecture in the wake of the M7.4 quake on March 16, which left three people dead and more than 200 injured across more than 10 prefectures.

The quake, which struck off the coast of Fukushima, caused one Tohoku Shinkansen bullet train carrying 78 people to derail in Shiroishi, Miyagi Prefecture.

The 16 of the train's 17 cars derailed in the incident, injuring four people, with one car moving about 1 meter off the side of the tracks.

"I was really anxious because I wasn't sure if the train would actually run," Hiromi Watanabe, a 49-year-old from the city of Fukushima, said after her Tohoku Shinkansen train arrived at Tokyo Station around 8:15 a.m., unloading many passengers including families with suitcases.

"I'm really happy I was able to come here as planned," said Watanabe, who was on her way to Tokyo Disney Resort.

JR East is hoping to have Tohoku Shinkansen services linking Tokyo and the northeast region running by around April 20.

But the operator says, due to the ongoing repair work, it will take a while before the number and the speed of Tohoku Shinkansen trains will return to normal.

It plans to resume bullet trains between Sendai and Ichinoseki on Monday.