Over 20 percent of major Japanese companies that do business in Russia have decided to halt such operations following Moscow's invasion of Ukraine that triggered Western nations' economic sanctions against Russia, a survey by a credit research firm showed.

In the Teikoku Databank Ltd. survey of 168 major Japanese firms that operate businesses in Russia, 37 companies said they plan to stop operations there as of March 15 amid a worsening environment due to disruptions in logistics and supply chains. 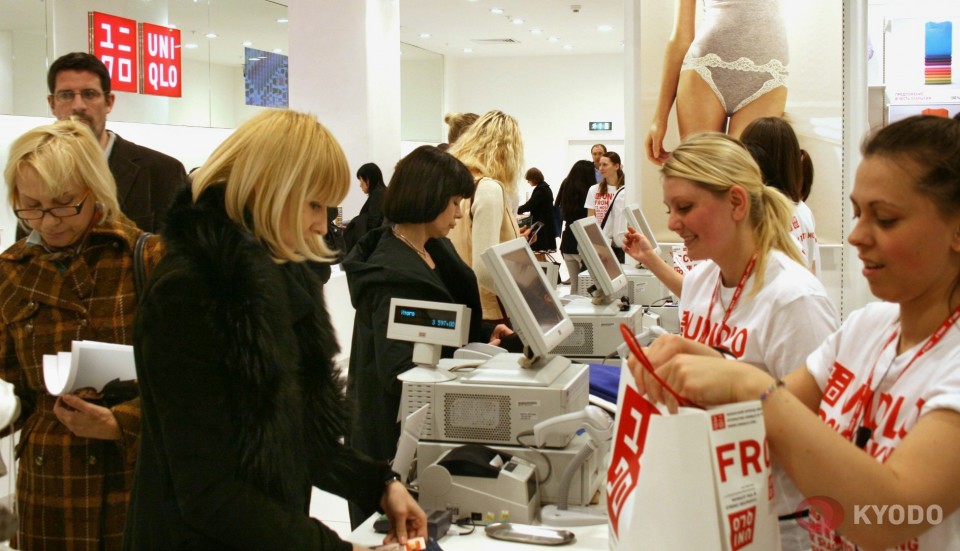 Twenty-eight out of the 37 firms were manufacturers such as makers of cars and heavy construction equipment. No company planned to pull out of the Russian market completely, the survey showed.

While some big-name Japanese firms such as Toyota Motor Corp. and Fast Retailing Co. have joined a growing list of global companies including McDonald's Corp. and Apple Inc. in halting local operations, the majority of the 168 Japanese businesses have been left in limbo as the outlook for the war remains unclear.

The companies will run reputational risk if they continue to operate in the country as such a move may be considered as support for the invasion, while they also face the Russian government's threat to nationalize assets of businesses withdrawing from the country, the research firm said in a report.

"The number of firms halting operations in Russia is expected to increase further" due to those risks, Teikoku Databank said.

Out of the 37 companies halting their Russian operations, 22 opted for suspension of transactions including shipping products to the country, while seven firms chose to stop the production of goods. Four decided to suspend local operations such as stores.

In March, Toyota halted operations at its plant in St. Petersburg due to supply chain disruptions and ordered its Russia-based staff home, while Fast Retailing said it will temporarily close all 50 of its stores in the country.

Speaking to Japanese lawmakers by video link in late March, Ukrainian President Volodymyr Zelenskyy asked Japan to ban trade with Russia to stop what he called the "tsunami" of its invasion into his country.

Globally, over 600 companies have announced their withdrawal from Russia or suspension of Russian operations, according to the Yale School of Management.

Japan to phase out Russian coal imports after war in Ukraine

55% of Japan firms based overseas impacted by Ukraine crisis: poll