The Japanese automaker plans to complete the development of the new technology, which employs sensors to detect the shape and distance of objects with accuracy and automatically performs operations to avoid collision even in complex emergency situations, by the mid-2020s.

In a video of several demonstrations unveiled during an online briefing, a test vehicle automatically avoided crashing into a car that was about to collide and performed a sudden stop in front of a figure crossing the road. 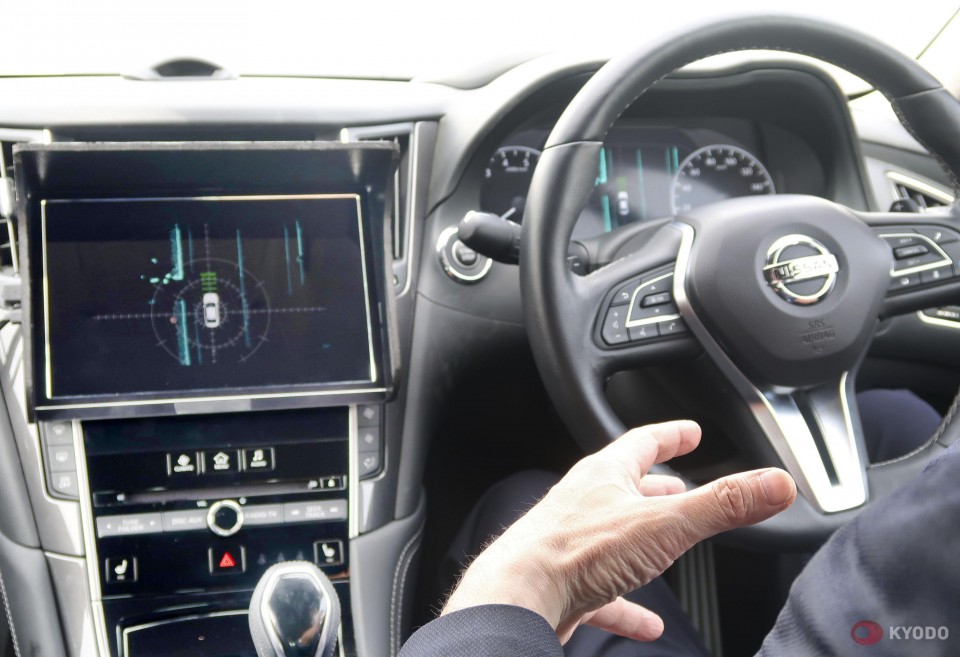 Photo taken in Yokosuka, eastern Japan, on April 18, 2022, shows a monitor screen on a Nissan Motor Co. test vehicle showing the position of objects in the vehicle's surroundings detected by sensors. (Kyodo)

"We believe that about 30 percent of accident scenarios can be covered by current driving-assistance technology. Through this automated emergency technology, I think we can cover more than 90 percent of them," said Takao Asami, a senior vice president.

With the technology, a vehicle can detect obstacles 300 meters away after combining information collected by a high-performance Lidar sensor as well as cameras and radar, and perform emergency maneuvers, such as changing lanes, according to Nissan.

Competition has been intensifying among automakers developing vehicles with assistance and self-driving technology to avoid collisions.

Nissan's domestic rival Honda Motor Co. is integrating artificial intelligence to warn drivers of imminent traffic hazards and help them avoid accidents caused by human error, aiming to equip its vehicles with the technology in the latter half of the 2020s.