The leaders of Japan and New Zealand expressed strong opposition Thursday to attempts to change the status quo by force in Ukraine or anywhere else, and agreed to strengthen their partnership to uphold the international order challenged by Russia.

Both leaders acknowledged the importance of working together to realize a "free and open" Indo-Pacific region, in their first summit since Russia's invasion of Ukraine in late February, saying the world is at a "critical juncture." 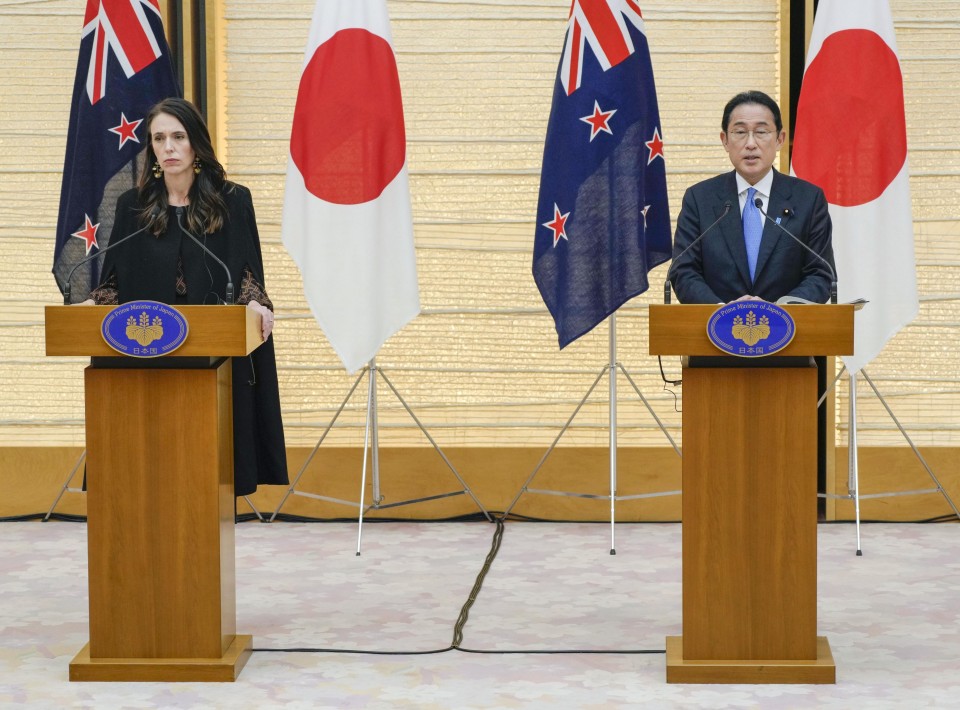 "We strongly criticize Russia's aggression and agreed to respond resolutely," Kishida said at a joint press briefing with Ardern.

"We will not tolerate any attempts to alter the status quo by force and oppose them in the East and South China seas or any other regions," he said.

The war in Ukraine has sent ripples to the Indo-Pacific region where the rise of an assertive China backed by its economic and military power has been a concern.

"Japan and New Zealand must cooperate in what is a deeply uncertain global environment to support the global recovery from COVID-19, to transition to sustainable economies, and to uphold our shared values at a time when the rules-based order we rely on is being gravely challenged," Ardern said. 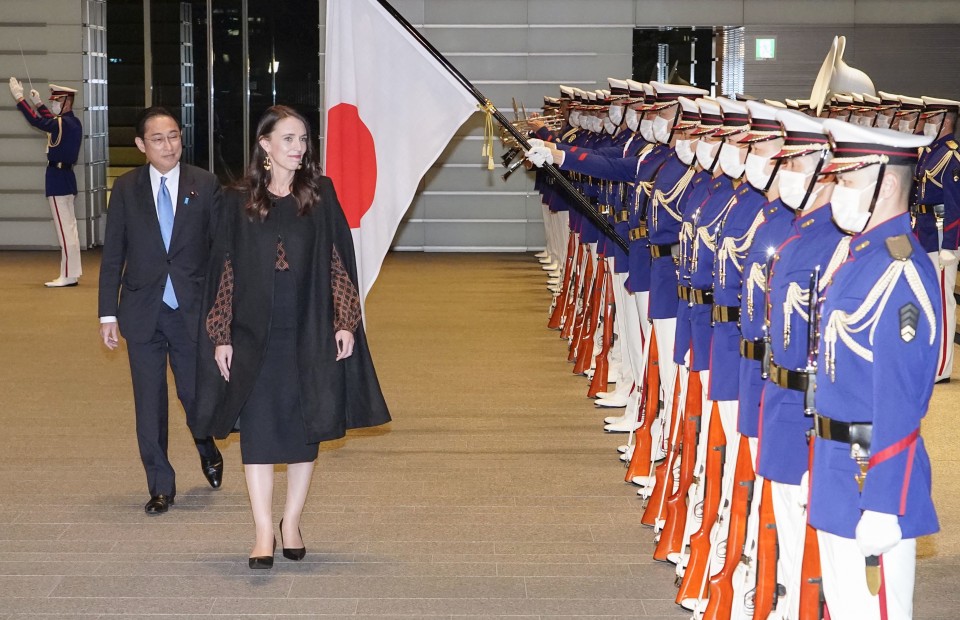 "We are both committed to working toward the vision of an open, inclusive, stable and prosperous Indo-Pacific, underpinned by the rules-based order and free from coercion," she said at the briefing.

Japan and New Zealand are both members of two mega free trade agreements -- the 11-member Trans-Pacific Partnership that took effect after the withdrawal of the United States, and the Regional Comprehensive Economic Partnership that includes China.

Ardern's trip to Japan is her second as prime minister and the first since the outbreak of the COVID-19 pandemic. Before Japan, she visited Singapore.