The IAEA task force, consisting of independent and highly recognized experts with diverse technical backgrounds from various countries, is reviewing the safety of the plan to enhance transparency and gain international understanding amid neighboring China and South Korea expressing concerns. 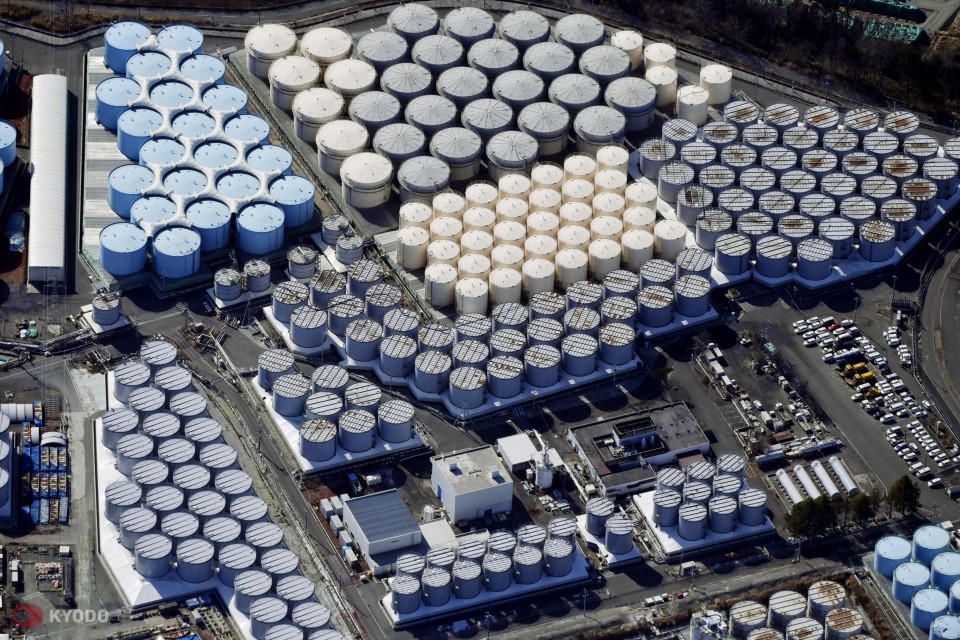 Photo taken from a Kyodo News helicopter on Feb. 13, 2021, shows tanks at the crippled Fukushima Daiichi nuclear power plant storing treated radioactive water from the plant. The Japanese government decided on April 13, 2021, to release the water into the sea despite the worries of local fishermen. (Kyodo) ==Kyodo

In its first report on plan's safety following the task force's mission to the Fukushima Daiichi nuclear plant in February, the agency summarized the overall progress in the technical preparations for the treated water discharge, expected to start around the spring next year.

IAEA Director General Rafael Mariano Grossi pointed out that Japan has made "significant progress in its preparations" and the task force is satisfied that plant operator Tokyo Electric Power Company Holdings Inc. and the Ministry of Economy, Trade and Industry have identified the appropriate next steps for the water discharge.

Grossi added the IAEA's work will continue with the goal of releasing its conclusions before the discharge takes place.

Water that has become contaminated after being pumped in to cool melted reactor fuel at the plant has been accumulating at the complex, also mixing with rainwater and groundwater at the site.

It is treated through an advanced liquid processing system that removes radionuclides except for tritium, and the water will be released 1 kilometer off the coast of the power plant through an underwater tunnel.

Before the discharge, it will be diluted with seawater below one 40th of the current regulations, according to the government.