Finance chiefs from the Group of 20 major economies at a meeting Wednesday showed the deep rift that has formed among members over the war in Ukraine, with multiple participants walking out in protest at Moscow's aggression as Russia spoke.

The discord prevented the officials from having a deep discussion about critical issues such as surging energy prices, food insecurity and the coronavirus pandemic, and, in a rare development, led the gathering in Washington to end without a joint statement.

U.S., Canadian and European delegations left the room when Russian finance ministry officials, including Finance Minister Anton Siluanov who joined virtually, were about to speak at the meeting. 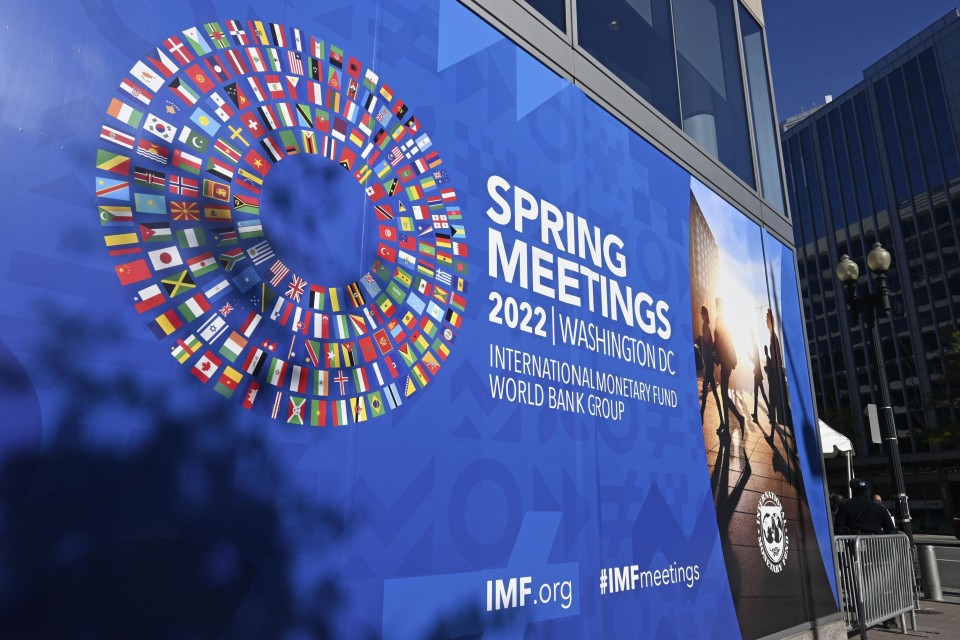 Japanese Finance Minister Shunichi Suzuki and Bank of Japan Governor Haruhiko Kuroda were among those who stayed.

At a post-meeting press conference, Suzuki said he refrained from leaving so he could criticize Moscow at the meeting over its attack on Ukraine.

"I severely condemned Russia's invasion as the principal cause of many issues that the global economy is facing and said Russia should not be at the G-20 meeting," Suzuki said.

Indonesia, this year's rotating chair, said after the meeting that the G-20 plays a crucial role in international economic cooperation and underlined the importance of multilateralism.

"Members expressed deep concerns about humanitarian crisis, economic and financial impact of the war and called for the end of the war as soon as possible," Indonesian Finance Minister Sri Mulyani Indrawati told a press conference.

"Many members condemned the war as unprovoked and unjustifiable and violation of international law," she said, suggesting that some members shied away from criticizing the Russian aggression.

Instead of a joint statement, Indonesia released a "press release" that summarized the discussions. It noted that members are "deeply concerned" over the economic impact of the conflict and that the war will "further hinder the global recovery process," but fell short of criticizing Russia.

U.S. Treasury Secretary Janet Yellen, Canadian Deputy Prime Minister and Finance Minister Chrystia Freeland, and European Central Bank President Christine Lagarde were among those who left the room when Russian officials were about to speak.

Although Ukraine is not a member of the G-20, its finance minister, Serhii Marchenko, was invited to give a speech in which he called Russia "the disease of the world economy" and said the war must end, according to the Ukrainian Finance Ministry. 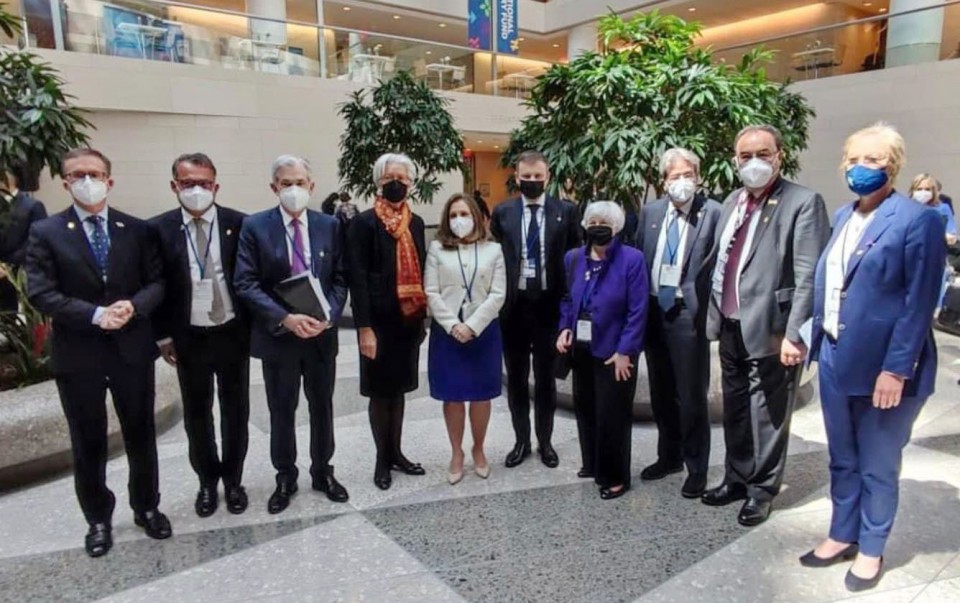 Meanwhile, Russia's Siluanov urged others in the G-20 to avoid politicizing the dialogue, saying, "The Group of 20 has always been and remains the economic format in the first instance," according to Tass news agency.

Chinese Finance Minister Liu Kun told the gathering that Beijing opposes the politicization of economic issues, according to the official Xinhua News Agency.

Among the G-20, Group of Seven industrialized nations are united in imposing a slew of sanctions to isolate Russia from the global financial system, such as by freezing the assets of President Vladimir Putin and the Russian central bank as well as excluding some major lenders from a key international payment network.

In contrast, Brazil, India, China and South Africa, which along with Russia form the BRICS forum, have supported Moscow's participation in the G-20 framework.

The finance chiefs of the G-7 members -- Britain, Canada, Germany, France, Italy, Japan and the United States, plus the European Union -- held a separate meeting and issued a joint statement deploring Russia's participation.

"International organizations and multilateral fora should no longer conduct their activities with Russia in a business-as-usual manner...We regret participation by Russia in international fora, including G-20," they said.

The G-7 members also reaffirmed their resolve to continue to pressure Moscow to end its military aggression, pledging "coordinated action" to further "raise the cost of the war for Russia."

The meeting of the G-20 finance ministers and central bank governors took place on the sidelines of the weeklong spring meetings of the International Monetary Fund and the World Bank in the U.S. capital that continue through Sunday.

Just ahead of the G-20 meeting, IMF chief Kristalina Georgieva called for cooperation in the major economies amid tensions among members over the war in Ukraine, while acknowledging it is a "difficult moment."

The G-20 finance chiefs, whose nations represent 80 percent of the world's gross domestic product, had a host of issues on the agenda in their first ministerial-level meeting since Russia's invasion began in late February.

Surging raw material costs and energy prices have already taken a heavy toll on the global economy, with the IMF projecting this year's global economic growth to be 3.6 percent in its latest World Economic Outlook report, down 0.8 percentage point from its January forecast.

The tightening of U.S. monetary policy, which began in March as a response to inflation that has been increasing at its fastest rate in more than 40 years, also puts emerging economies' currencies at risk of weakening and thus causes their foreign debt burden to increase.