Japanese Prime Minister Fumio Kishida and Indonesian President Joko Widodo on Friday confirmed to strengthen cooperation toward realizing a free and open Indo-Pacific amid China's growing assertiveness in the region and Russia's invasion of Ukraine.

Widodo said Indonesia and the Association of Southeast Asian Nations stand ready to build cooperation with their partners, and Kishida, who is on the first stop of his trip to Southeast Asia and Europe, underscored the importance of upholding the rules-based international order. 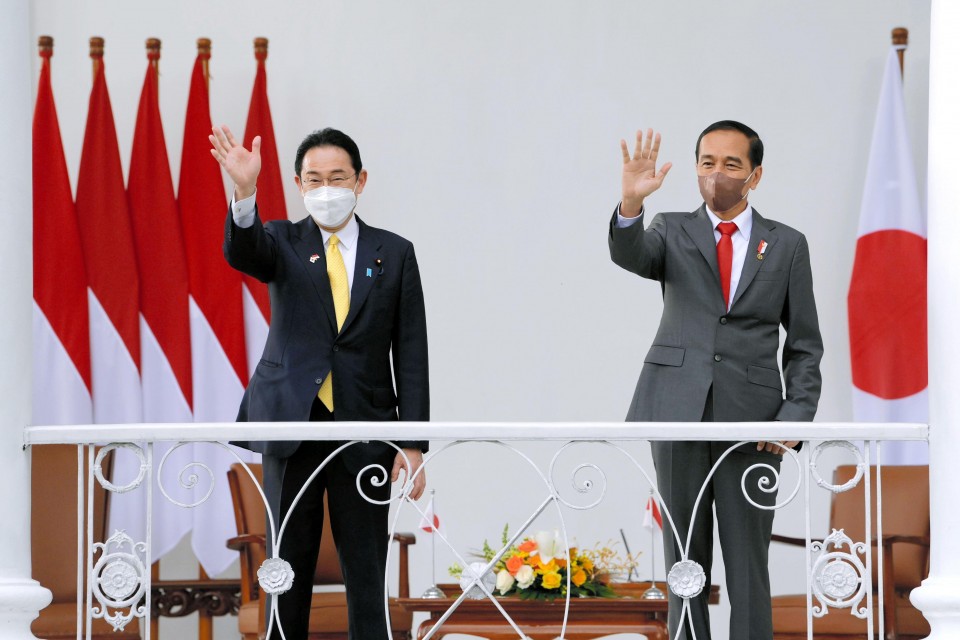 Japanese Prime Minister Fumio Kishida (L) and Indonesian President Joko Widodo wave to reporters ahead of their talks on April 29, 2022, at the presidential palace in Bogor, south of Jakarta. (Pool photo)(Kyodo)

"We are facing many challenges, including the situations in Ukraine, the East and South China seas and North Korea, and maintaining and strengthening the rules-based, free and open international order has become more important," said Kishida in a joint press conference after the summit.

Kishida said that based on such understanding, the two sides confirmed they will strengthen cooperation toward realizing a free and open Indo-Pacific that Japan has been pushing forward and the ASEAN Outlook on the Indo-Pacific spearheaded by Indonesia.

Japan views Indonesia, this year's host of the Group of 20 major economies' summit to be held in November and a key economy in Southeast Asia, as a strategic partner sharing universal values such as democracy and the rule of law. Russia and China are members of the G-20.

The two sides also agreed the war in Ukraine must be ended through dialogue and to work together to deal with the economic and humanitarian impacts of the war.

Indonesia has been supportive of Ukraine but has not imposed sanctions on Russia over the invasion.

Kishida vowed to cooperate toward the success of the G-20 summit.

Indonesia said the same day Russian President Vladimir Putin has expressed his intention to attend the summit, and that Jakarta has invited Ukraine President Volodymyr Zelenskyy to the meeting.

Kishida also said Widodo has given him a "positive response" regarding lifting Indonesia's import restrictions on Japanese food products imposed after the 2011 Fukushima nuclear crisis.

He said Widodo will be invited to Japan when it hosts a special summit next year to celebrate the 50th anniversary of Japan-ASEAN exchanges.

Kishida's eight-day tour will also take him to Vietnam, Thailand, Italy and Britain. He is scheduled to return to Japan on May 6.

With Japan and other Group of Seven nations taking a tough line on imposing sanctions on Russia following its attack on Ukraine, Kishida also plans to ask other ASEAN members, most of which have so far stood aloof from such action against Moscow, to collaborate.

Japan and Thailand, marking the 135th anniversary of diplomatic ties this year, are seeking to sign an agreement on the transfer of defense equipment and technology to strengthen cooperation in the security field. Thailand is this year's host of the Asia-Pacific Economic Cooperation forum summit.

In Europe, Kishida is expected to discuss with Italian Prime Minister Mario Draghi and British Prime Minister Boris Johnson how to respond to Russia's continued aggression in Ukraine and support people who have fled the war-torn country.

Kishida is planning to visit the Vatican during the trip and hold talks with Pope Francis, a Japanese government source said. It would be the first meeting in eight years between a Japanese prime minister and the pope.

Through the meeting, Kishida, who seeks a world free of nuclear weapons, aims to confirm the Vatican's support and deliver a message of peace at a time when Russian President Vladimir Putin has suggested using nuclear weapons amid the war in Ukraine.

While the coronavirus pandemic has restricted in-person meetings, Kishida, who took office in October, has been increasing face-to-face diplomacy after Russia invaded Ukraine in late February.

The latest overseas trip follows his visit in late March to India and Cambodia as well as a visit to Belgium, where he and other leaders of the G-7 vowed to keep a close watch on any attempts to help Russia evade sanctions, in a possible warning to countries such as China that may seek to aid Moscow. 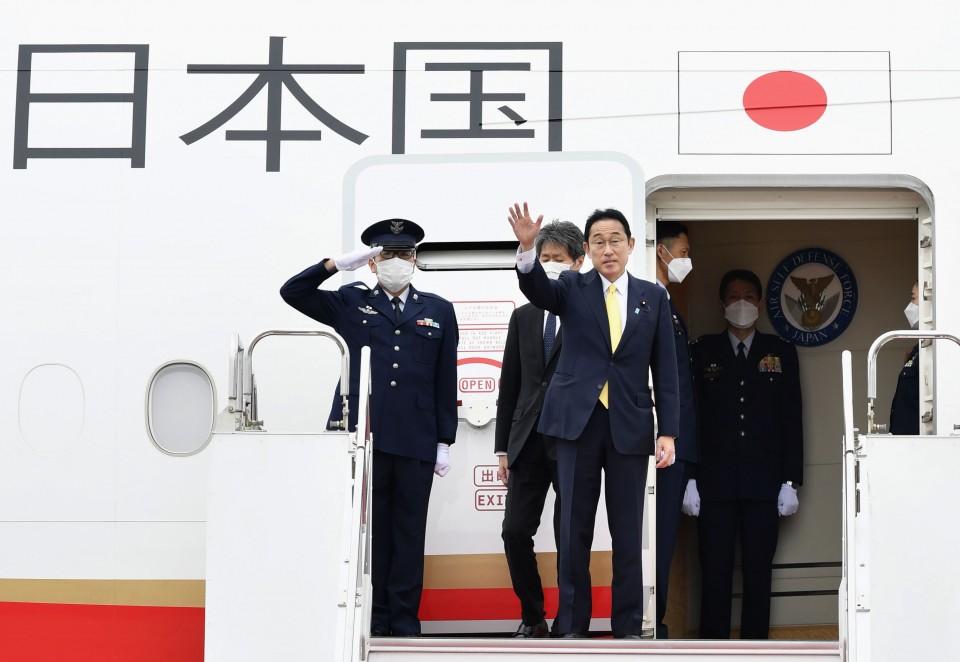