Traps to prevent turtles from infiltrating a runway at Narita airport near Tokyo were set Wednesday in its retention pond to avoid a repeat of a 2021 incident where an intrusion by one of the reptiles delayed departures.

The around 1-square-meter floating traps were deployed in the airport's retention pond beside the runway, as many pond sliders -- an invasive turtle species -- apparently breed in bodies of water nearby.

The traps exploit the turtles' proclivity for sunbathing. If one rises to the water's surface and climbs the structure, it is likely to fall into the trap's net, according to Narita International Airport Corp. 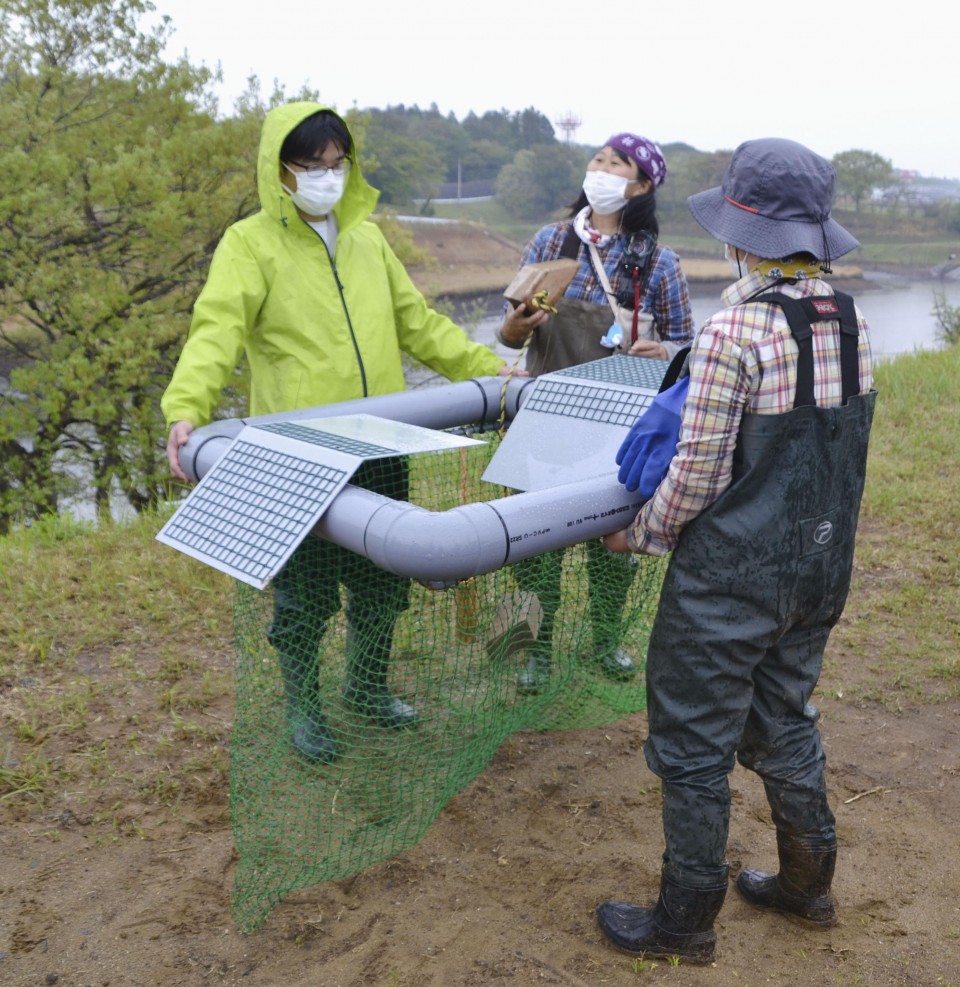 A net trap intended to prevent turtles from wandering onto a runway at Narita airport is carried in Narita, Chiba Prefecture, on April 20, 2022. (Kyodo)

The operator of the international airport is hoping the traps will prevent turtles from coming to the 4,000-meter-long runway and lead to safe operations. It said separate measures, including setting cage traps, will also continue until October.

"It's possible there are hundreds of pond sliders in the area, and we're going to look into what's effective," said Satoshi Shirai from the company's Airfield Maintenance Department.

The traps' installation comes after a September 2021 incident in which a turtle measuring about 30 centimeters long made its way onto the runway, where it was spotted by a pilot and subsequently captured by airport staff. 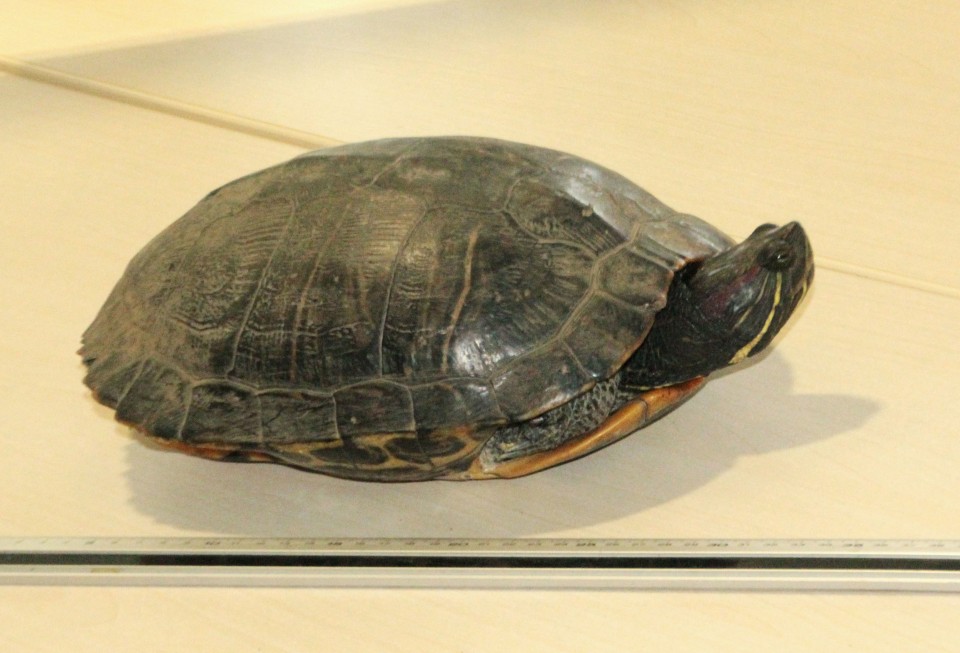 Photo shows the turtle that was captured after it entered Narita airport's Runway A and caused its closure for 12 minutes on Sept. 24, 2021. (Kyodo)

The turtle's trespass closed Runway A for 12 minutes and delayed five flights for a maximum of 15 minutes.

An All Nippon Airways flight in a special turtle-design livery bound for Naha in Okinawa Prefecture was among the services affected. The coincidence received attention on social media, and there was speculation over whether the turtle had been trying to wish the plane a safe trip.