Japan's Hayashi to take 20 Ukraine evacuees to Japan from Poland

Foreign Minister Yoshimasa Hayashi said in Poland on Monday he will take 20 Ukrainian evacuees to Japan on a government plane when leaving the Eastern European country later in the day.

"We have decided that 20 evacuees, who are wishing to travel to Japan but unable to secure means of transportation on their own, will get on a backup government plane when I return to Japan," Hayashi told reporters before leaving the capital Warsaw.

Hayashi had visited Poland since Saturday as a special envoy of Prime Minister Fumio Kishida to show Tokyo's commitment to global efforts at helping Ukrainians fleeing the war. He left Warsaw on Monday afternoon and is set to return home Tuesday. 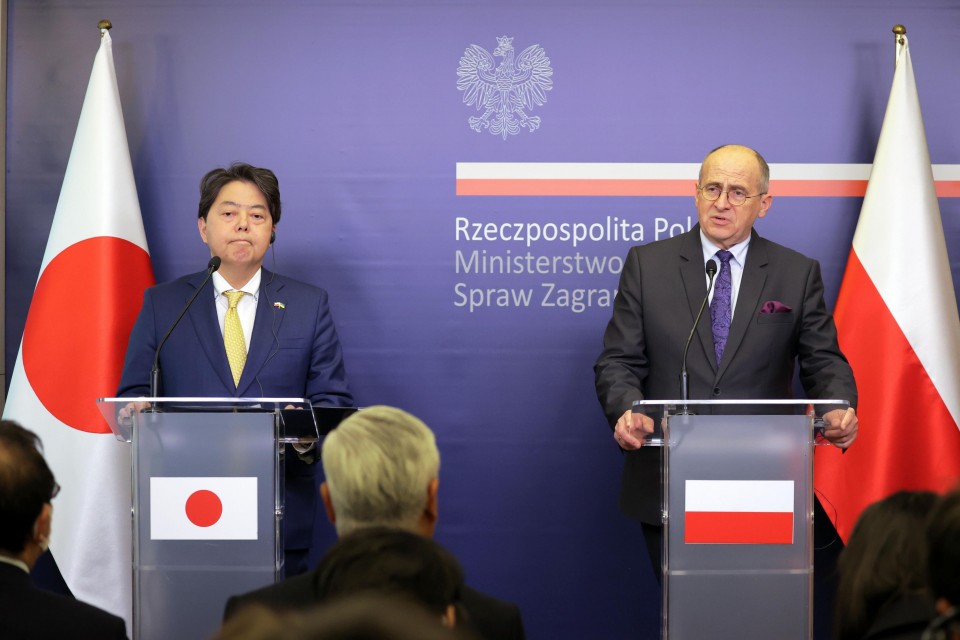 Earlier Monday, Hayashi held talks with his Polish counterpart Zbigniew Rau. Speaking to reporters alongside Rau after the meeting, the Japanese minister condemned the discovery of the bodies of 410 civilians in the Kyiv region announced Sunday by Ukrainian authorities following the withdrawal of Russian troops from the region.

Hayashi called it "extremely appalling" and "absolutely unacceptable." He also said Japan will accept "as many (Ukrainians) as possible" from a humanitarian perspective.

"I express my respect to and solidarity with Polish people who are responding to Russia's invasion of Ukraine, an outrageous act, at the forefront," Hayashi said, adding, "We will keep working with our strategic partner Poland to maintain the free and open international order."

Japan had been planning to take a few dozen evacuees on a government plane at the end of Hayashi's trip, as skyrocketing airfares following the Russian invasion have made Ukrainians in Poland reluctant to go to Japan even if they wanted to.

The government plans to provide support to the 20 evacuees for around six months after their arrival, from housing to employment to language learning, according to senior vice justice minister Jun Tsushima who accompanied Hayashi to Poland.

On Saturday, Hayashi met with his Ukrainian counterpart Dmytro Kuleba, who was also in the Polish capital Warsaw, assuring him of Tokyo's "firm resolve" to provide more humanitarian aid to Ukrainians. 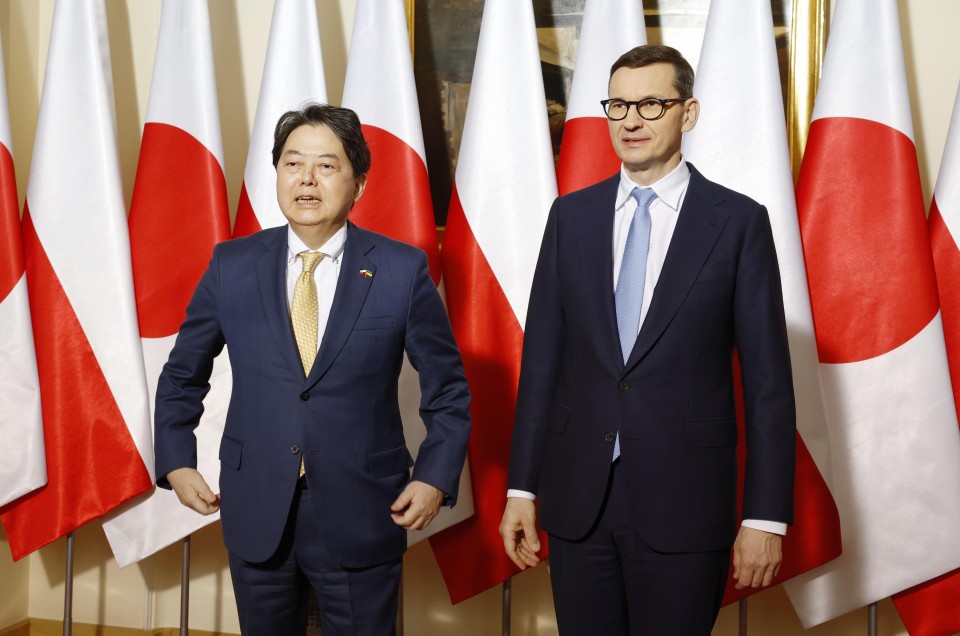 The following day, Hayashi visited a border checkpoint and a refugee reception center in Medyka in southeastern Poland, which has seen refugees pour in from across the border with Ukraine, to see what aid Tokyo should provide to Ukrainian evacuees.

He also exchanged views with personnel of international organizations, such as the Office of the U.N. High Commissioner for Refugees, in Japan's temporary liaison office in Rzeszow, another city in the southeast. 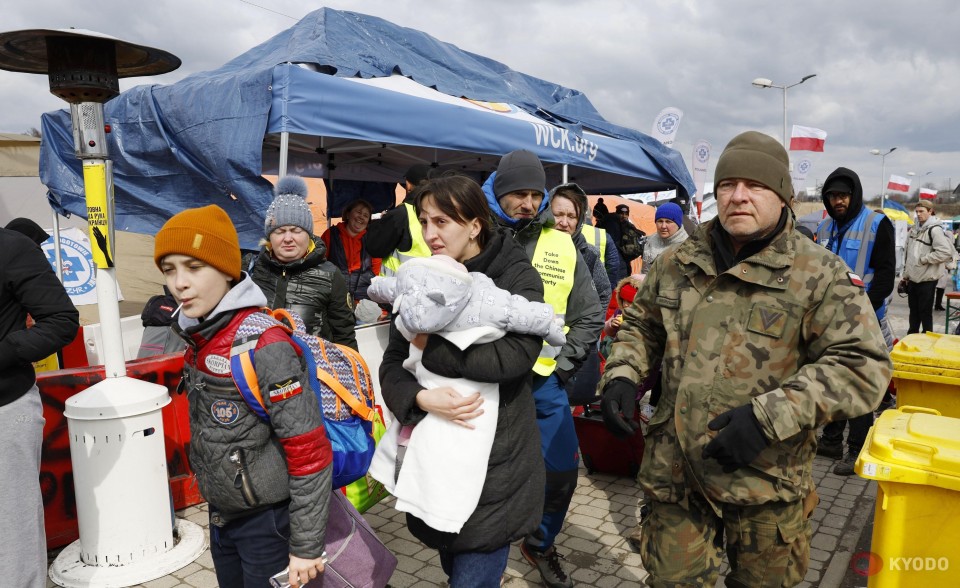 Ukrainian evacuees gather at makeshift tents in Medyka, a Polish city near the border with Ukraine, on April 3, 2022, amid the Russian invasion of their country. (Kyodo) ==Kyodo

As of Saturday, 4.17 million refugees had fled Ukraine since the start of the conflict, including 2.42 million to Poland, according to the UNHCR.

Kishida had initially planned to dispatch Justice Minister Yoshihisa Furukawa to Poland but decided to send Hayashi instead because Furukawa was found to be a close contact of a family member infected with the coronavirus.

Hayashi to take 30 Ukraine evacuees to Japan after touring Poland