Haavisto said the majority of Finland's population now supports joining NATO for the first time in history, despite warnings from Russia that doing so would "have serious political and military consequences."

With the two countries sharing a border approximately 1,300 kilometers long, Finland has made neutrality its national policy since World War II in order to ensure its survival. 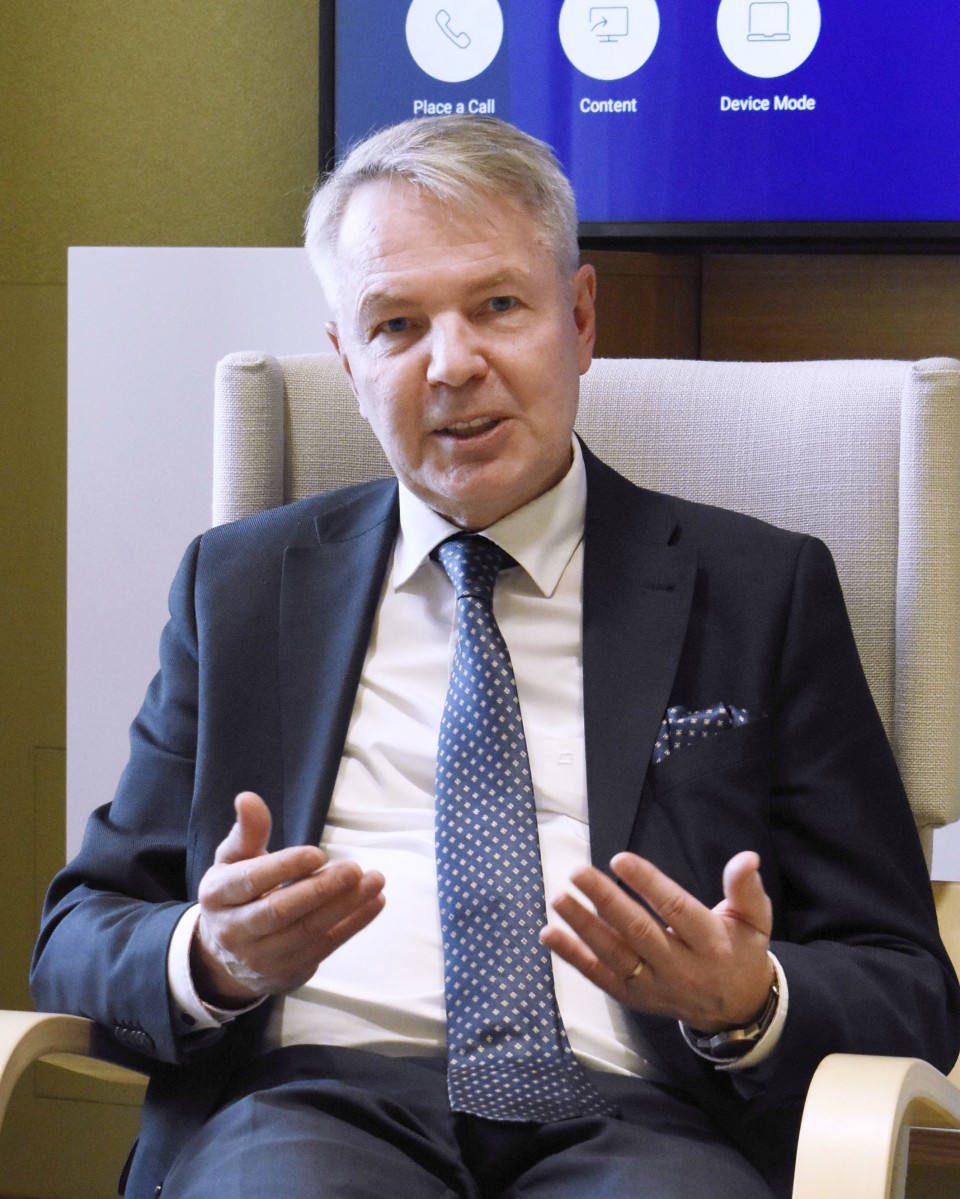 But Finland's foreign and security policies have now hit a historic turning point and Russia will "have to take into consideration that the NATO border is closer to them" should Finland become a member of the military alliance, Haavisto said.

Noting that Finland has not really been politically neutral since joining the European Union in 1995, Haavisto added that his country must be prepared for "more negative military scenarios" as recent events have shown that Russia is "capable and willing to make much more risky military operations than what we have so far maybe estimated."

Russia's attack on Ukraine has also reminded Finnish citizens of the Soviet invasion of 1939, moving them to take in displaced Ukrainians and galvanizing support for NATO membership, Haavisto said.

According to Finland's national broadcaster, a survey of 1,378 people conducted between March 9 to 11 found 62 percent in favor of NATO membership, nine points higher than the previous survey conducted just before and after Russia launched a full-scale invasion of Ukraine on Feb. 24.

Haavisto said the Finnish government plans to compile a report on the security and foreign policy implications of Russia's invasion of Ukraine by the middle of the month.