Bank of Japan Governor Haruhiko Kuroda said Monday that the yen's recent depreciation against the U.S. dollar has been "quite rapid," while warning of the negative impact the currency's retreat may have on the country's fragile economic recovery.

The remark, made at a parliamentary session, came after the yen briefly fell to a new 20-year low in the upper 126 range earlier in the day. 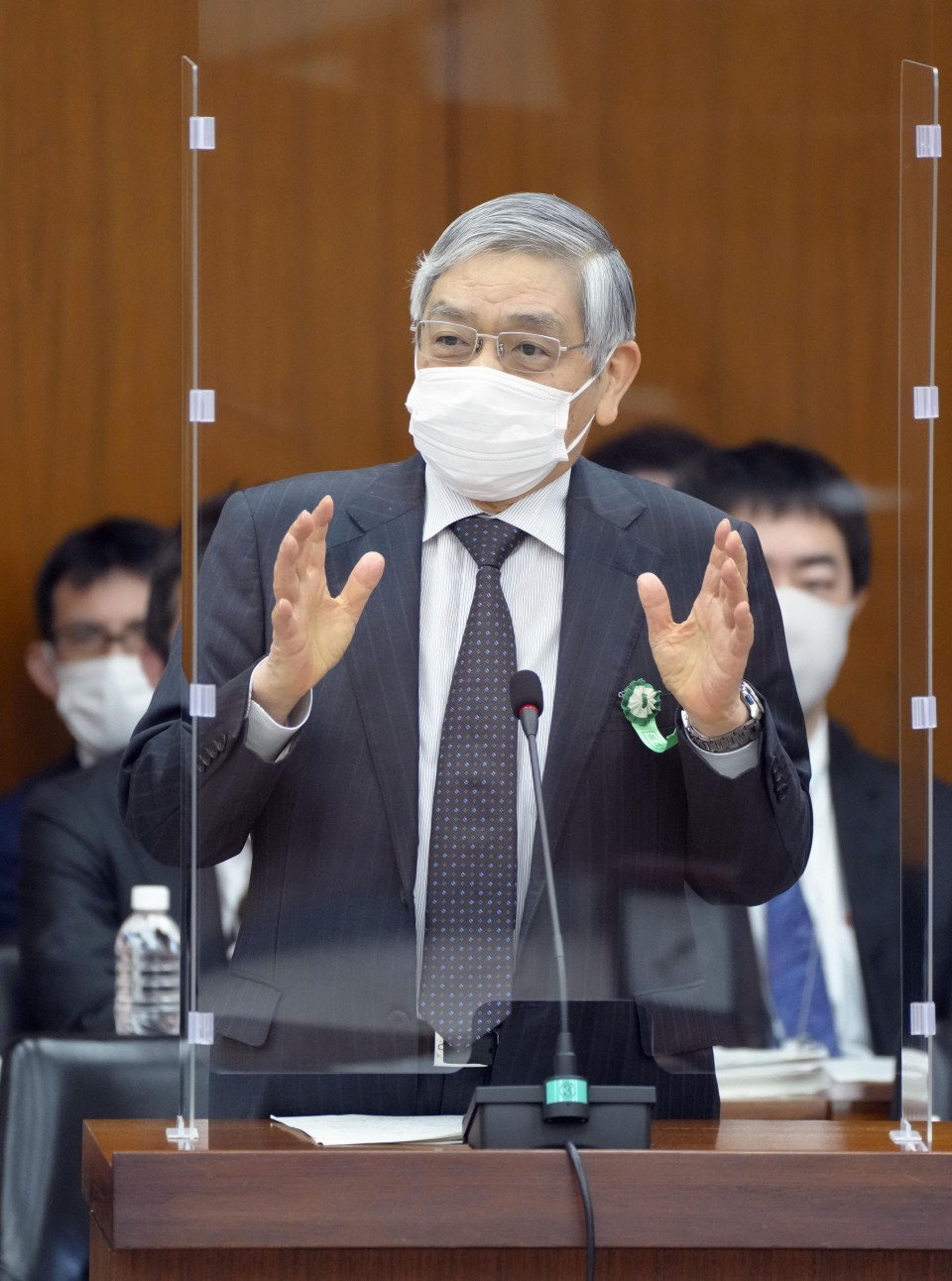 Bank of Japan Governor Haruhiko Kuroda speaks during a parliamentary session in Tokyo on April 18, 2022. (Kyodo)

Finance Minister Shunichi Suzuki also said at the session the yen's current weakness can be described as "bad" with surging materials prices having not been fully passed on to consumers and a lack of wage growth hurting demand.

Kuroda said he has not changed the BOJ's view that the yen's fall is positive for the Japanese economy as a whole.

But he added the yen weakening from 115 to nearly 127 levels in about one and a half months was quite rapid, and such a significant decline could be "a minus" as it raises uncertainty and makes "it difficult for companies to draw up their business plans."