Taishi Kato is a licensed Shinto priest with a master's degree in Asian and African religions and an out-of-the-box style of thinking.

The 31-year-old Japanese, who earned his degree at the University of London, School of Oriental and African Studies, has turned to running as he searches for a unique way to give religion new meaning in a changing world. 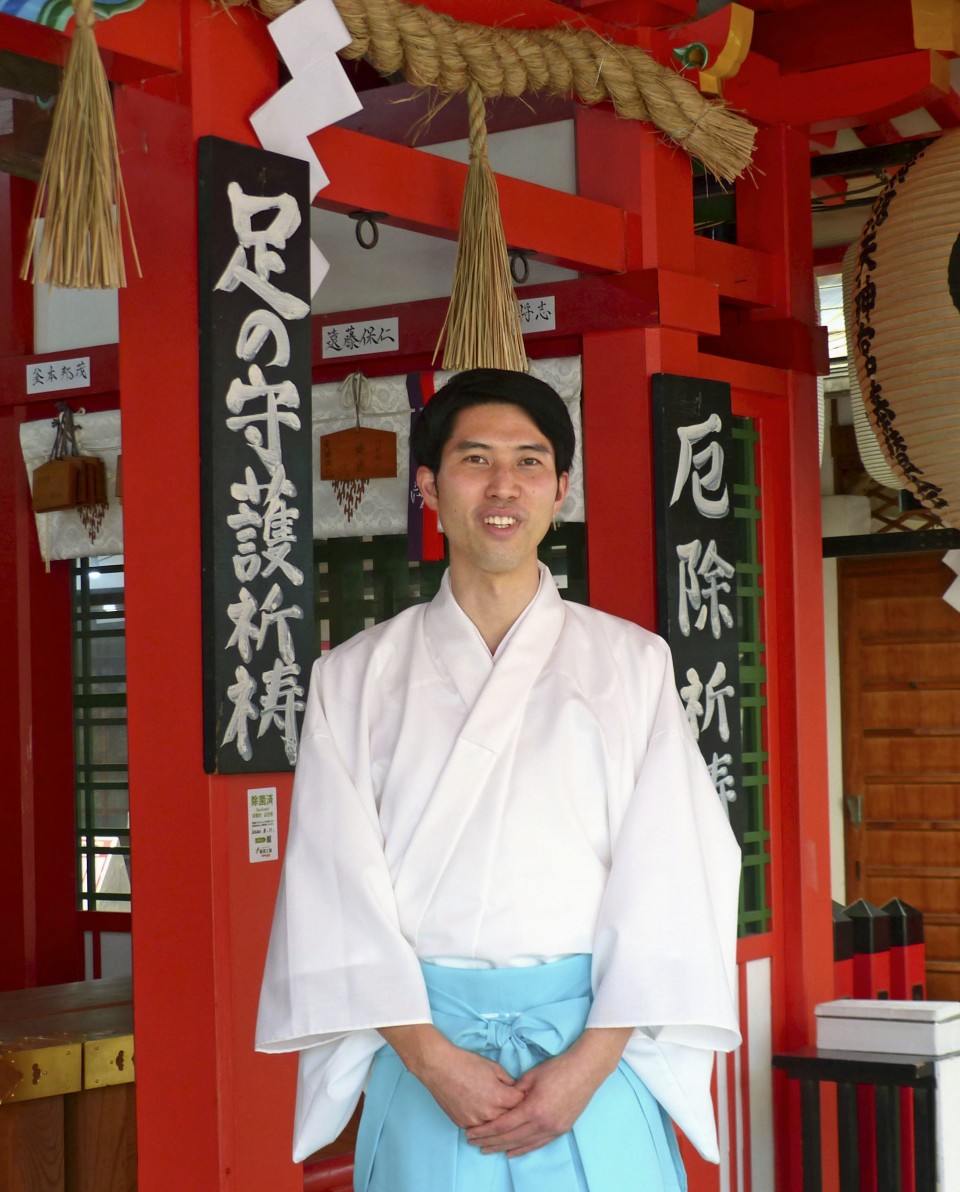 "We have to think about how to attract people to the shrine and how to plan for future changes," Kato said.

Kato was born as the eldest son of a multigenerational family serving their 1,000-year-old shrine, Hattori Tenjingu in Toyonaka, Osaka Prefecture, and its parishioners. His father is the chief priest there and he is the senior priest.

The shrine is famous for honoring the god of feet, and it is frequented by people who pray for pain relief and for help healing what ails them.

Fans of star figure skater Yuzuru Hanyu, who has been dealing with an ankle injury, go there to write their prayers on wooden "ema" plaques and offer them to the enshrined deities. Pro athletes and celebrities are also among those who have visited to worship.

With runners regularly giving their feet a hard time, Kato saw a synergy that would allow him to reach out to a whole new group of enthusiasts, with his shrine offering a way for them to help ward off injury, fatigue and bad luck. 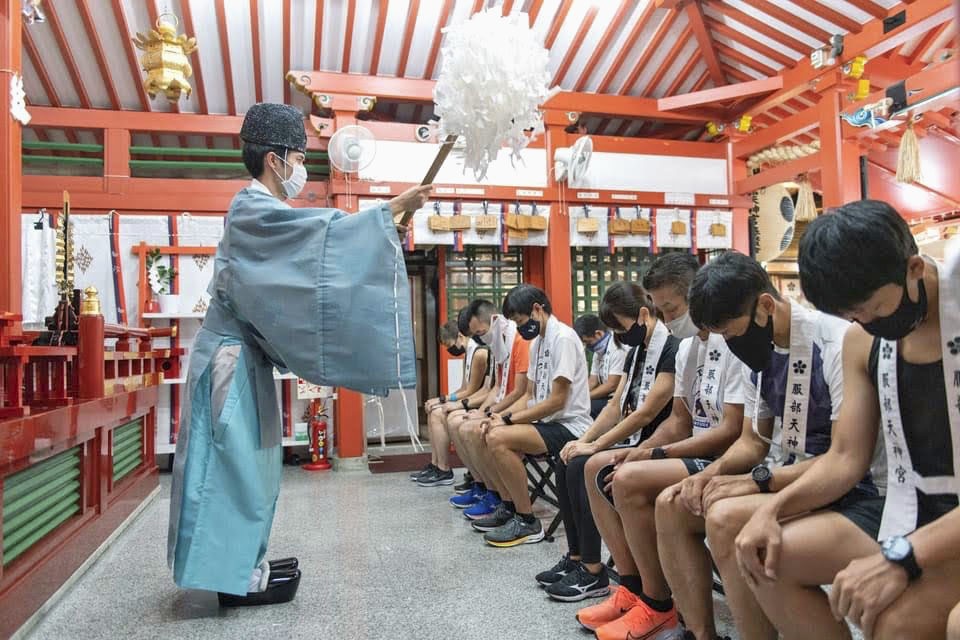 Shrines used to be a public gathering place and social center of the community where events marking significant milestones were held. Hatsumode (New Year's shrine visit), shichigosan (celebration of children reaching the ages of 3, 5 and 7), and yakuyoke (event to exorcise evil spirits) are among popular Shinto practices.

But Japan's shrinking population, rapidly changing moral norms, and now pandemic restrictions have proven shrines must become more flexible. As a young religious leader, Kato's mission is to bring people back to the shrine and re-energize the ancient institution.

When he started working under his father in the spring of 2021 after serving in Dazaifu Tenmangu in Fukuoka Prefecture, Kato felt it was time to rebrand his shrine and make it appeal to a wider demographic.

Kato wanted to reach beyond the ujiko (local parish) and sukeisha (outside worshippers) to create a hybrid shrine model while figuring out where culture is going, how to meet people where they are, and lead them to where they want to be.

He thought that introducing the god of feet to the ever-growing running community would be a good place to start, especially when low-risk outdoor activities were encouraged in pandemic times.

Kato himself took up running and connected with other runners via social media in an effort to interact and spread his message.

Hattori Tenjingu soon became a community hub for runners, and the omamori charms sold there, uniquely designed to slide onto shoelaces, are now a huge hit for the protection they are said to provide. 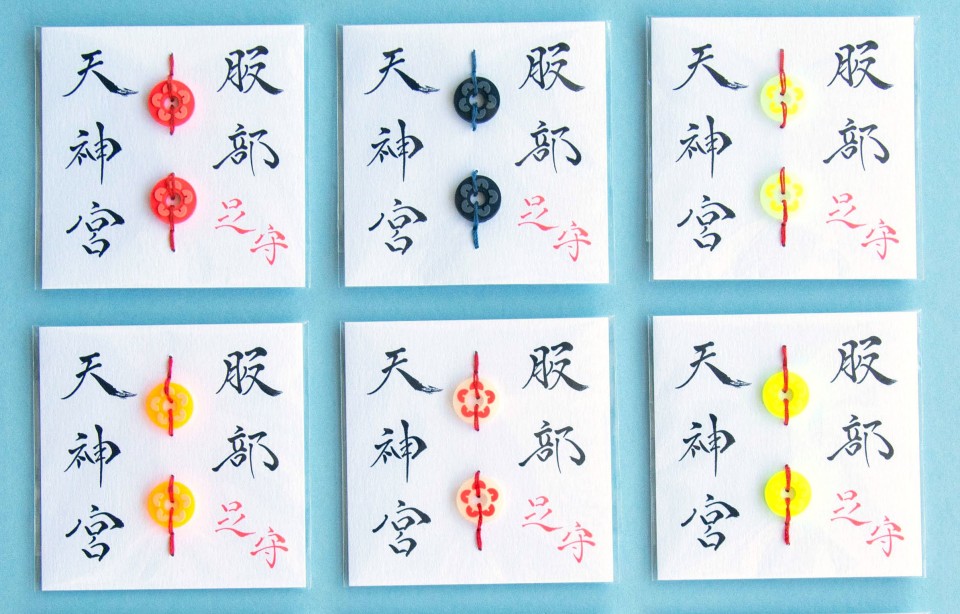 "I am blessed to have such supportive community members in our corner," Kato said.

Among the members is Takao Kitada, who became the first runner from Japan to complete the grueling seven continents adventure marathon in 2017.

The two met on Instagram. Kitada, who had a ritual of praying at a shrine before every race, said he was inspired by the forward-thinking priest who is working to stem the flow of young adults moving away from religion.

Kato and Kitada are organizing a festival on Oct. 1, which will bring runners from all over the country together to celebrate their passion. Runners will deliver food ingredients in relay style to the shrine and offer them to the gods before eating together. 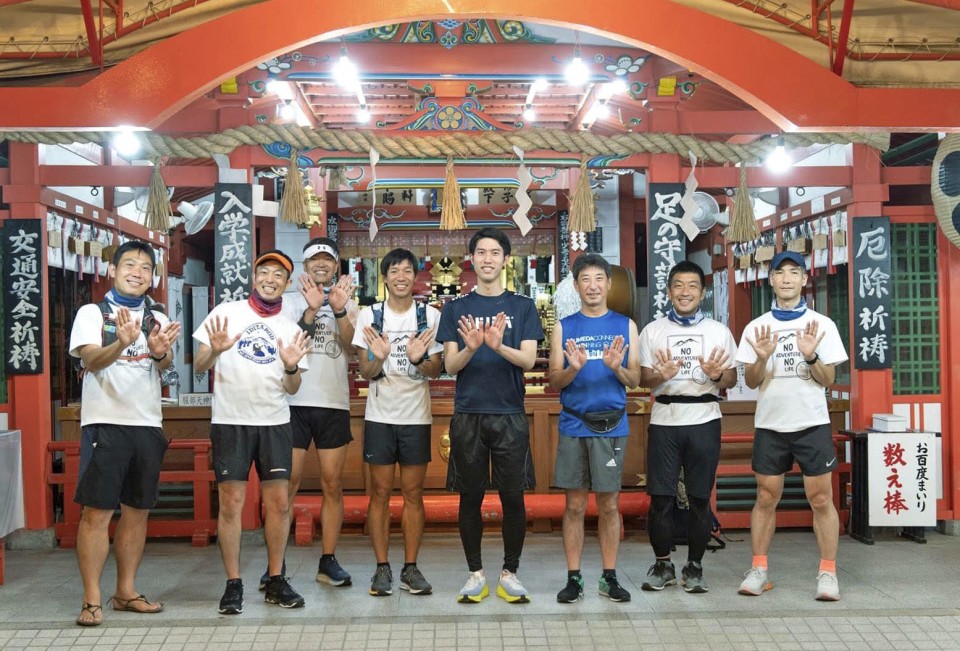 "I'll continue to host events for runners but I need a bigger dream to create an even more vibrant community," Kato said.

The running priest also wants to make use of his time studying abroad to help further Shinto's global spread.

"I'm exploring the intersections of lifestyle habits, culture, and Shinto traditions, and ways to become the spokesman for a message with universal appeal."