Veteran striker Yu Kobayashi bagged a brace before halftime Sunday as undefeated Kawasaki Frontale moved to the top of Asian Champions League Group I with a 5-0 drubbing of Malaysia's Johor Darul Ta'zim.

Yasuto Wakizaka struck early for the J-League champions at Johor's Sultan Ibrahim Stadium before Kobayashi found the net in the 31st and 43rd minutes. 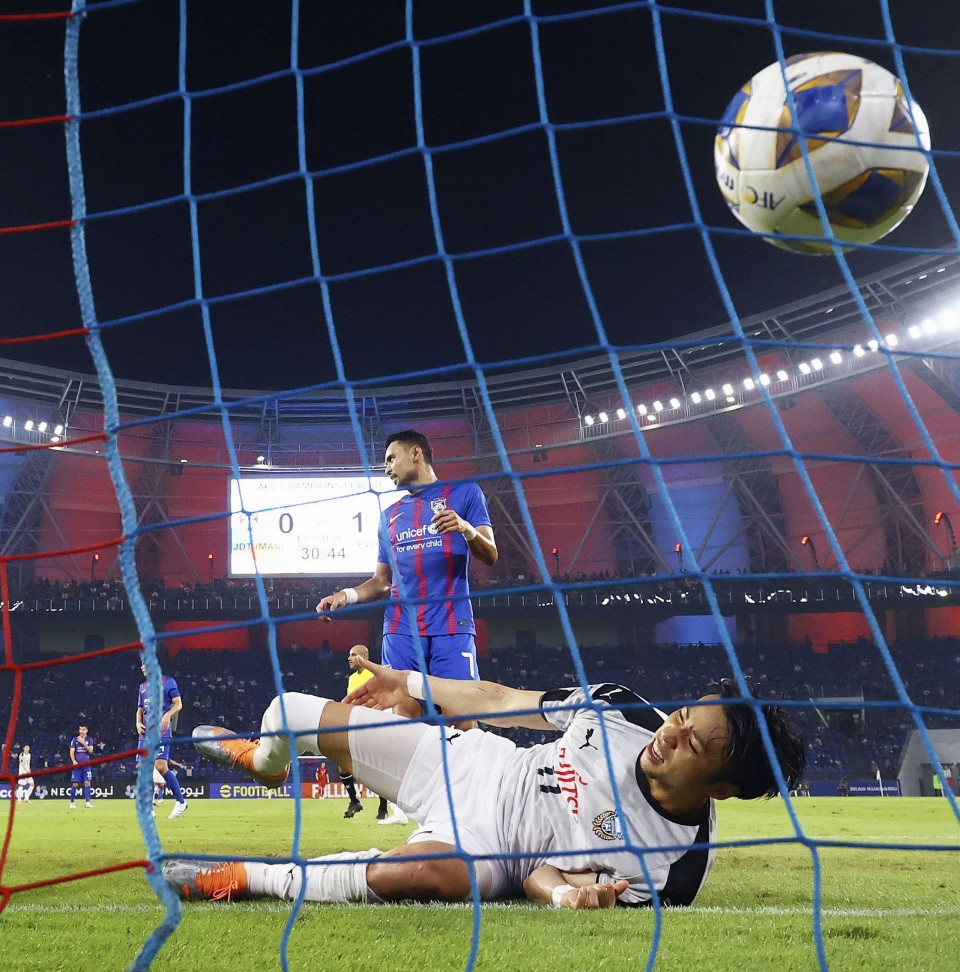 Yu Kobayashi (front) of Kawasaki Frontale reacts after scoring his team's second goal against Johor Darul Ta'zim during the first half of the AFC Champions League Group I match at Sultan Ibrahim Stadium on April 24, 2022, in Malaysia. (Getty/Kyodo)

Reds were looking for revenge following a 1-0 loss to Daegu on Thursday but could not convert a handful of late chances in the reverse fixture at Thailand's Buriram City Stadium.

With seven points from two wins, a draw and a loss, they are equal on points with Daegu, who secured the tie-breaker against Urawa thanks to superior head-to-head results.