The president of the operator of a tour boat that went missing off Hokkaido with 26 people aboard last weekend had repeatedly forced captains to depart despite high waves, sources with knowledge of the company's business said Thursday.

While the exact cause of the fatal accident remains unclear, the bodies of three males with life vests on were found the same day in waters off the east side of the Shiretoko Peninsula, roughly opposite where the 19-ton Kazu I issued its first rescue call on Saturday, according to the Japan Coast Guard.

Besides the three, eleven fatalities have already been confirmed. The sources said the operator, Shiretoko Yuransen, based in the town of Shari, has been known for frequently going ahead with sightseeing tours despite the chance of bad weather. 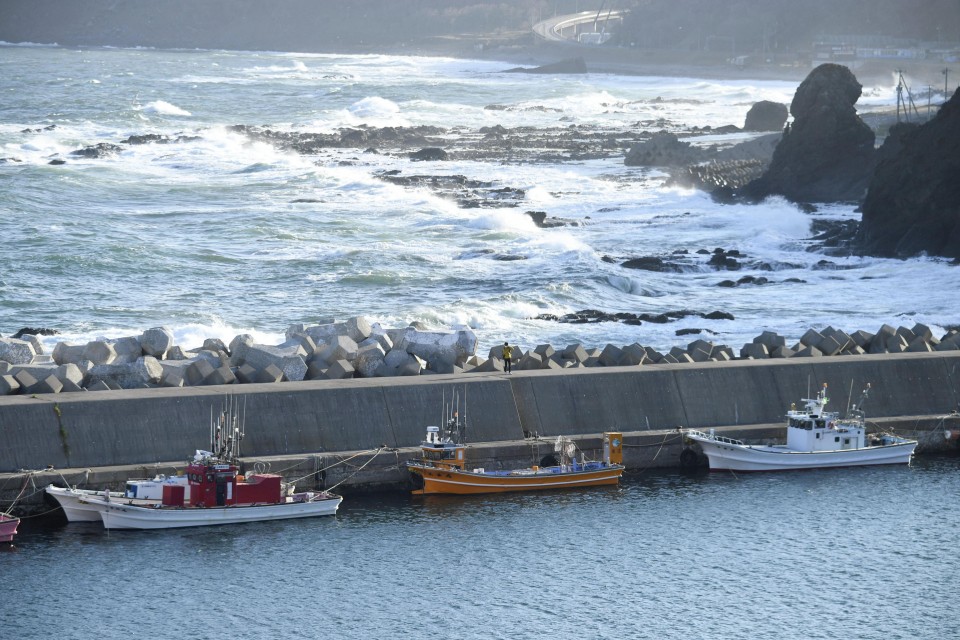 Fishing boats are seen at the port of Utoro in the Hokkaido town of Shari, northern Japan, on April 28, 2022. Search operations continue for 15 people still missing after a tour boar went missing April 23 off Hokkaido's Shiretoko Peninsula. Eleven fatalities have been confirmed. (Kyodo) ==Kyodo

During a press conference Wednesday, Seiichi Katsurada, the operator's president, admitted that his decision to allow the boat to depart on the condition that its captain would turn back if the seas got rough was "wrong."

The sources said Katsurada became angry when captains working for the company canceled tours or were hesitant to sail, citing safety reasons, even before the fatal incident.

In Tokyo, transport minister Tetsuo Saito responded to the president's remarks at the press conference, saying, "It's impossible to have such a condition (for operating a boat)."

"I believe (Katsurada) lacked a sense of ownership and responsibility," Saito said, criticizing the president's inadequate response to the families of the passengers. 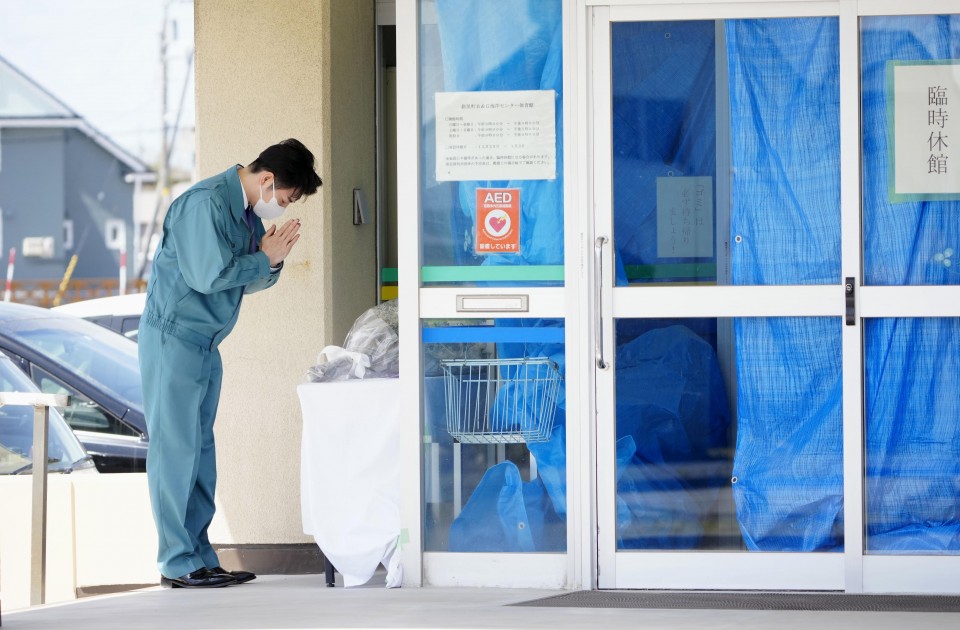 Hokkaido Gov. Naomichi Suzuki prays on April 28, 2022, in front of a facility set up in the Hokkaido town of Shari, northern Japan, to store the bodies of people killed in the April 23 tourist boat accident off the Shiretoko Peninsula. (Kyodo) ==Kyodo

The Ministry of Land, Infrastructure, Transport and Tourism has set up a special team to investigate the company's tour operations, including whether there were deficiencies.

The coast guard is investigating the incident with the possibility of building a case against the operator on charges of professional negligence resulting in death and endangering traffic.

Under Shiretoko Yuransen's rules, it has to cancel tours when the wind speed is expected to exceed 28.8 kilometers per hour, and waves are likely to reach a height of 1 meter, the sources said. 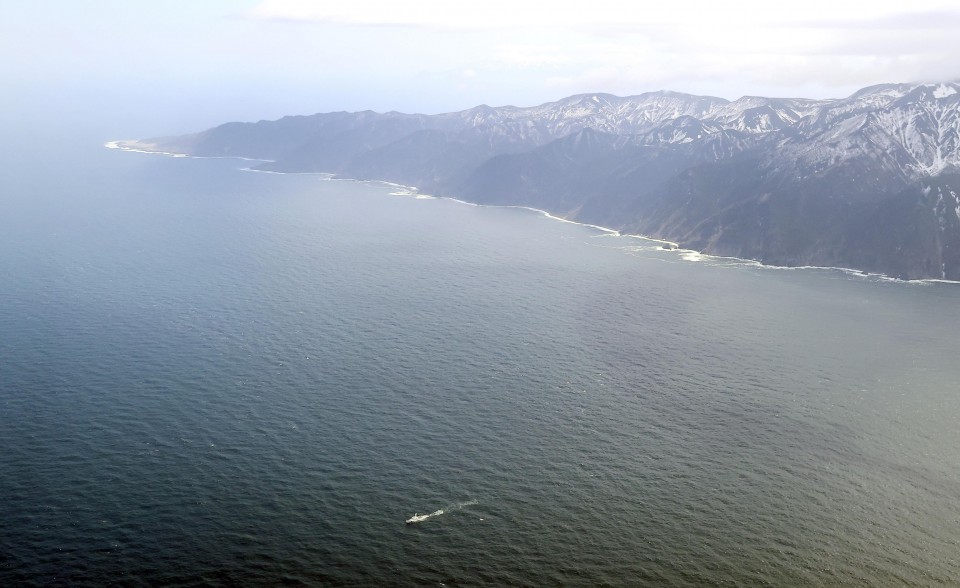 Photo taken April 28, 2022, from a Kyodo News helicopter shows the continued search for 15 people still missing after a tourist boat disappeared off the Shiretoko Peninsula in Hokkaido, northern Japan, on April 23. Eleven fatalities have been confirmed. (Kyodo) ==Kyodo

A weather warning for waves over three meters was issued in Shari 20 minutes before Kazu I's departure at 10:00 a.m. on the day of the accident.

A captain at another tourist boat operator in the area said the missing boat's skipper, Noriyuki Toyoda, was often complaining about the president's coercive attitude.

"I have to go because I was told to," the captain quoted Toyoda as saying.

Kazu I went missing Saturday after leaving port in Shari at 10:00 a.m. despite a high wave warning to cruise along the peninsula, designated a World Natural Heritage site in 2005 and home to many rare species of animals and plants.

Before contact was lost, the boat, crewed by the 54-year-old captain and a deckhand, told the operator at around 2 p.m. that the vessel was listing 30 degrees, according to the coast guard.

The incident occurred ahead of Japan's Golden Week holidays through early May.

Object ruled out as sunken Hokkaido boat after diver checks