The sanctions target the North Korean Ministry of Rocket Industry, which researches and develops weapons of mass destruction and is directly linked to the development of new ICBMs, along with four of its revenue-generating subsidiaries, the department said. 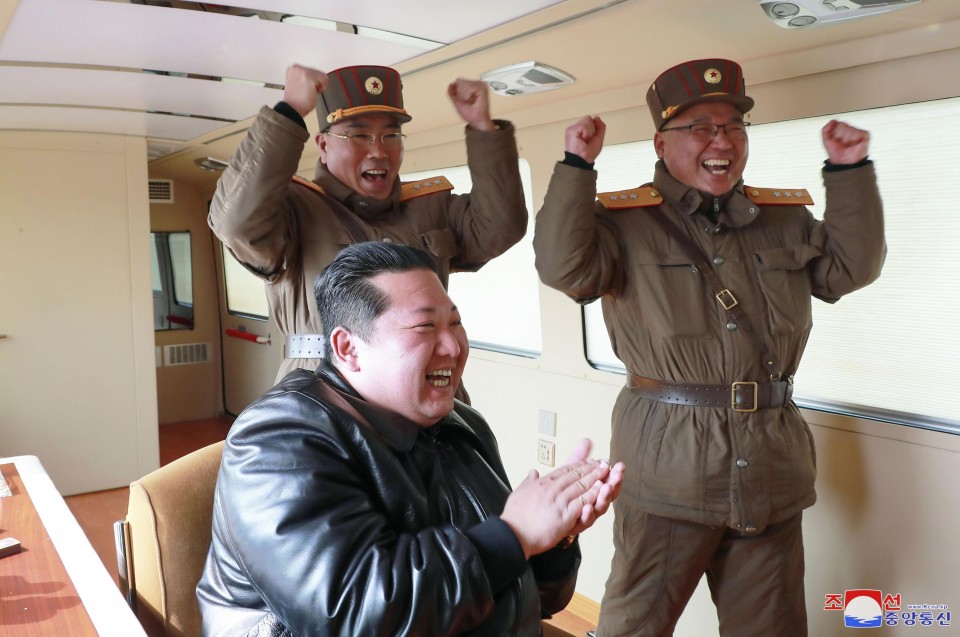 "The DPRK's provocative ballistic missile tests represent a clear threat to regional and global security and are in blatant violation of U.N. Security Council resolutions," Treasury Secretary Janet Yellen said in a press release, referring to the acronym of the Democratic People's Republic of Korea, North Korea's official name.

The sanctions block the assets held by the blacklisted entities within the United States and prohibit them from engaging in transactions with U.S. citizens.

Yellen also said the United States is committed to using its sanctions authorities to respond to North Korea's continued development of weapons of mass destruction and ballistic missiles, and stands ready to work together with Japan "to counter the DPRK's continued threatening behavior."

The Japanese government earlier in the day expanded sanctions against Pyongyang by freezing the assets of four Russian organizations and a total of nine Russian and North Korean individuals for their involvement in the reclusive Asian country's nuclear and missile development programs.

Yellen said she commends Japan for the actions taken against North Korea.

Following a slew of missile launches earlier this year, North Korea conducted ballistic missile tests on Feb. 27 and March 5, which the U.S. government says have involved a new ICBM system that is being developed.

On March 24, North Korea launched what it claims was a new type of ICBM, with the projectile falling within Japan's exclusive economic zone in the Sea of Japan.

It was the first ICBM launch by North Korea since November 2017, and marked an end to its self-imposed moratorium on ICBM launches dating back to April 2018.

North Korea has not tested a nuclear device since 2017. But CNN reported Thursday that the United States and allies believe Pyongyang is beginning to make preparations for a possible underground nuclear test.

The officials were also quoted as saying that it was not yet clear how soon the regime would be capable of testing a device at the site, as it depends on the pace of the activities. One of them pointed to signs that North Korea's next ballistic missile test could come as soon as the next few weeks, according to CNN.