The U.S. State Department said Tuesday that acts of "genocide" have continued against the Muslim Uyghur minority in China's far-western Xinjiang region, revealing the findings in its latest annual human rights report.

The U.S. report, covering events of last year, also warned of "creeping authoritarianism that threatens both human rights and democracy," pointing to Russia's invasion of Ukraine as the most notable current example. 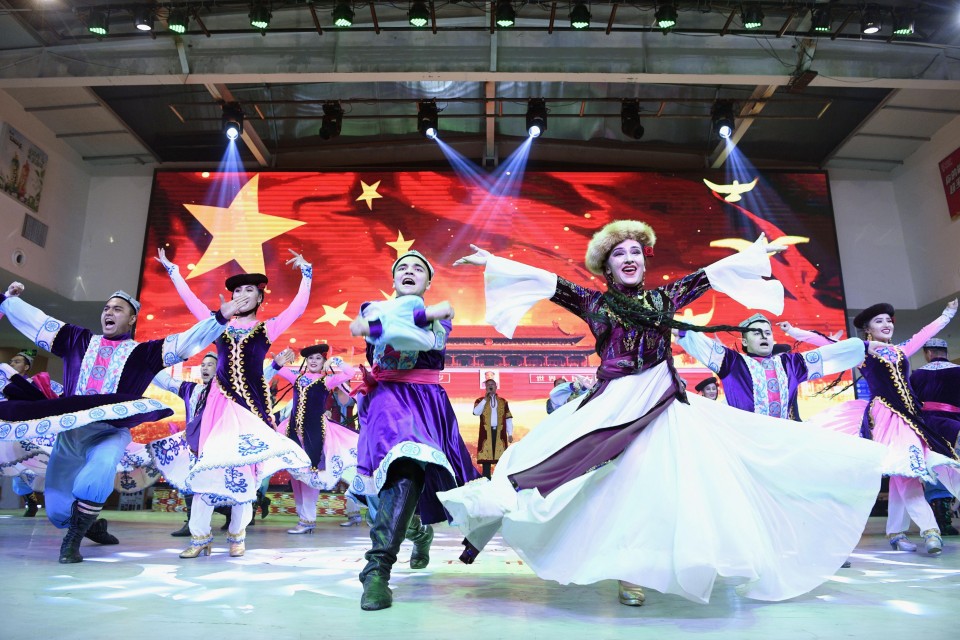 People from ethnic minorities, including Uyghurs, dance in Hotan in China's Xinjiang Uyghur autonomous region on May 9, 2021, with the Chinese national flag in the background. (Kyodo) ==Kyodo

On China, the department said in its 2021 Country Reports on Human Rights Practices, "Genocide and crimes against humanity occurred during the year against predominantly Muslim Uyghurs and members of other ethnic and religious minority groups in Xinjiang."

The same phrase was used in the 2020 report, which was the first issued during the administration of President Joe Biden. The "genocide" label was initially applied in the final days of the previous administration under Donald Trump.

The latest report added that "these crimes were continuing" and said they included the arbitrary imprisonment or other severe deprivation of physical liberty of more than 1 million civilians, forced sterilization, coerced abortions, rape and forced labor.

In Xinjiang, authorities expanded internment camps for Uyghurs, ethnic Kazakhs and other Muslims, the report said, noting that repurposed schools, factories and prisons were used to hold detainees in some cases.

China has insisted what the United States calls internment camps are vocational training centers established to pre-emptively combat terrorism and religious extremism while urging Washington not to interfere in its "internal affairs."

On Wednesday, Foreign Ministry spokesman Zhao Lijian said China is "strongly dissatisfied with and firmly opposed to" the U.S. report that is designed to "slander" the Asian country.

The United States has used human rights as an "excuse to impose sanctions on other nations as well as to pressure and threaten them," Zhao told reporters in Beijing, adding it should "do something useful to improve its own human rights situation."

The report also said "disappearances through multiple means continued at a nationwide, systemic scale" in China, touching on the case of tennis player Peng Shuai, whose welfare became a source of international concern after she made sexual assault allegations on social media against a powerful official.

Peng disappeared from public view for about three weeks after alleging in the since-deleted Weibo post on Nov. 2 that she was forced into having sex during an extramarital relationship with China's former Vice Premier Zhang Gaoling.

To highlight Russia's abuses even before its invasion of Ukraine, the report said the 2014 annexation of Crimea continued to "affect the human rights situation there significantly and negatively."

On Myanmar, which has been under the control of a military junta following a coup in February last year, the report said that members of the regime's security forces continued to commit numerous gross violations of human rights, such as arbitrary or unlawful killings of civilians and arbitrary arrests or detention.

In March this year, the United States announced it had determined Myanmar's military committed genocide against the Rohingya ethnic minority in 2016 and 2017, in an apparent bid to increase pressure on the junta, which has been accused of overthrowing the Southeast Asian country's democratically elected government, and its ongoing repressive rule. 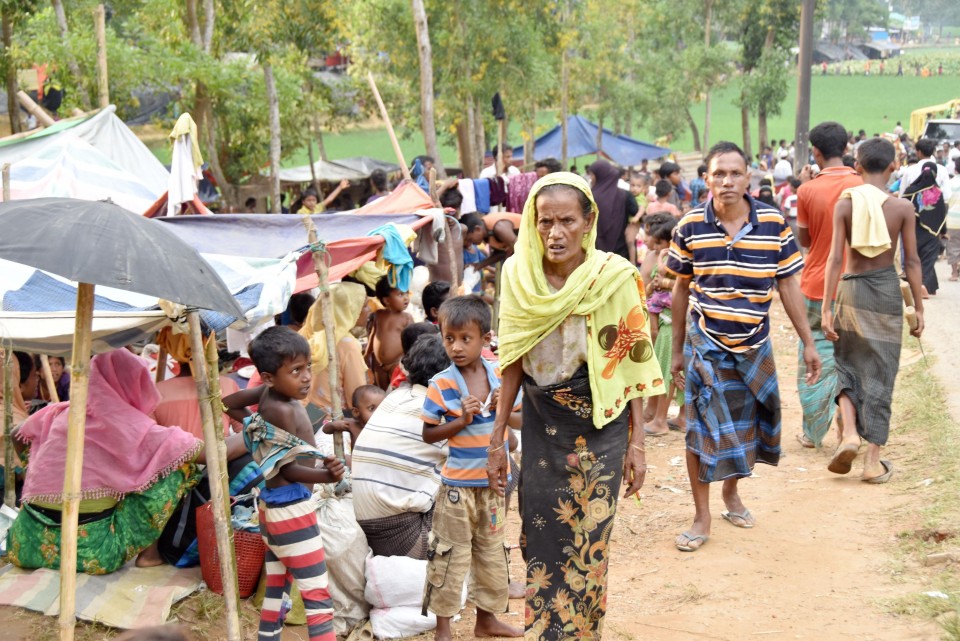 Photo taken Sept. 7, 2017, shows Rohingya Muslims on a roadside near Cox's Bazar in Bangladesh as they are unable to enter overflowing refugee camps. (Kyodo) ==Kyodo

Buddhist-majority Myanmar does not recognize the Rohingya, most of whom are Muslim, as one of the country's ethnic groups with rights as citizens. Instead, they are branded as illegal immigrants from Bangladesh.

Under a U.N. convention, genocide includes actions such as killing, causing serious bodily or mental harm, or imposing measures to prevent births, committed with "intent to destroy, in whole or in part, a national, ethnical, racial or religious group."