China's radical "zero-COVID" policy is believed to be undermining public support for the leadership of President Xi Jinping, who is seeking to secure a controversial third term as the country's leader later this year, critics say.

Confusion triggered by a monthlong lockdown in China's financial and commercial hub of Shanghai has been sparking concerns among residents in Beijing that the Communist-led government may also seal the capital in the not-so-distant future. 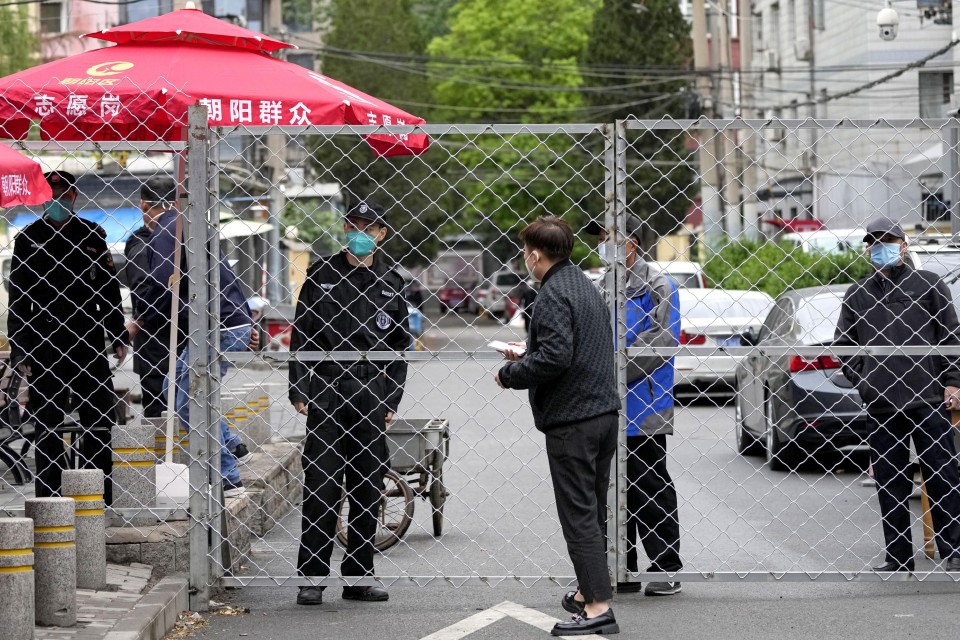 Photo taken April 27, 2022, shows fences put up on a street in Beijing as part of anti-coronavirus measures. (Kyodo) ==Kyodo 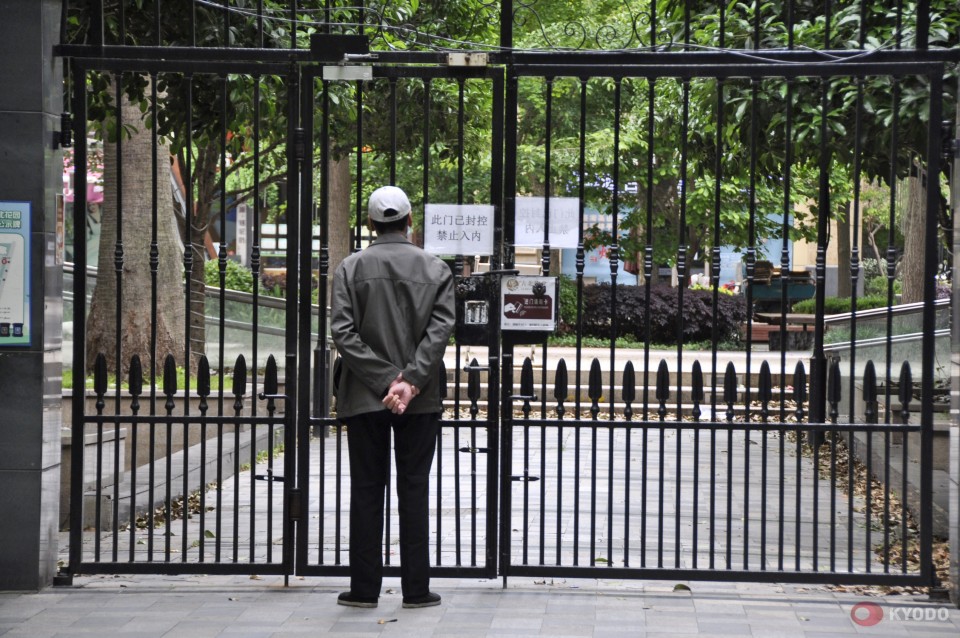 A person stands behind the closed gate of a housing complex in Shanghai on April 27, 2022, as the COVID-19 lockdown continues in the Chinese city for a month. (Kyodo) ==Kyodo

Earlier this month, Xi pledged to "strictly implement regular prevention and control measures" against the spread of the novel coronavirus, but the frustration of people in China about the all-encompassing constraints has increased.

The zero-COVID policy, which includes imposing lockdowns on cities when outbreaks occur and strict quarantine measures on travelers from abroad, has already dealt a heavy blow to consumer spending and corporate investment at home.

During the January-March period, the world's second-biggest economy edged up only 4.8 percent from a year earlier and is expected to slow down further in the aftermath of the lockdown of Shanghai, which has a population of more than 25 million, and other major cities.

About 373 million citizens in 45 cities across China have come under some form of lockdown, according to a unit of Nomura Holdings Inc.

But it is unclear whether the drastic restrictions have contributed to stemming the highly contagious Omicron variant. In Shanghai, the death toll since the city was put in lockdown on March 28 had reached 238 by Tuesday, authorities said.

In Beijing, which has a population of around 22 million, many residents have been trying to stock up on food amid mounting fears about a possible lockdown. The Chinese capital started to carry out citywide COVID-19 tests on Monday.

In China, people living in areas under lockdown are banned from leaving their home, therefore making it more difficult for them to procure adequate food and daily necessities.

"I want to escape from mainland China as soon as possible. I don't want to become a victim of the zero-COVID policy," said a 38-year-old Chinese man in Beijing.

China, however, has expressed its resolve to continue with the policy, even following the closing of the Beijing Winter Olympics and Paralympics earlier this year.

Speculation is rife that the Communist Party will maintain the zero-COVID policy at least until the end of its twice-a-decade congress in the fall, at which Xi is set to be re-elected as leader.

Rather than relaxing regulations, Xi's leadership will tighten them to trumpet its achievements in bringing the pandemic under control, foreign affairs experts say.

A Chinese media source ironically said, "No matter how much people suffer from the cost" of the zero-COVID policy, the ruling party and the government will "create a success story of Xi." 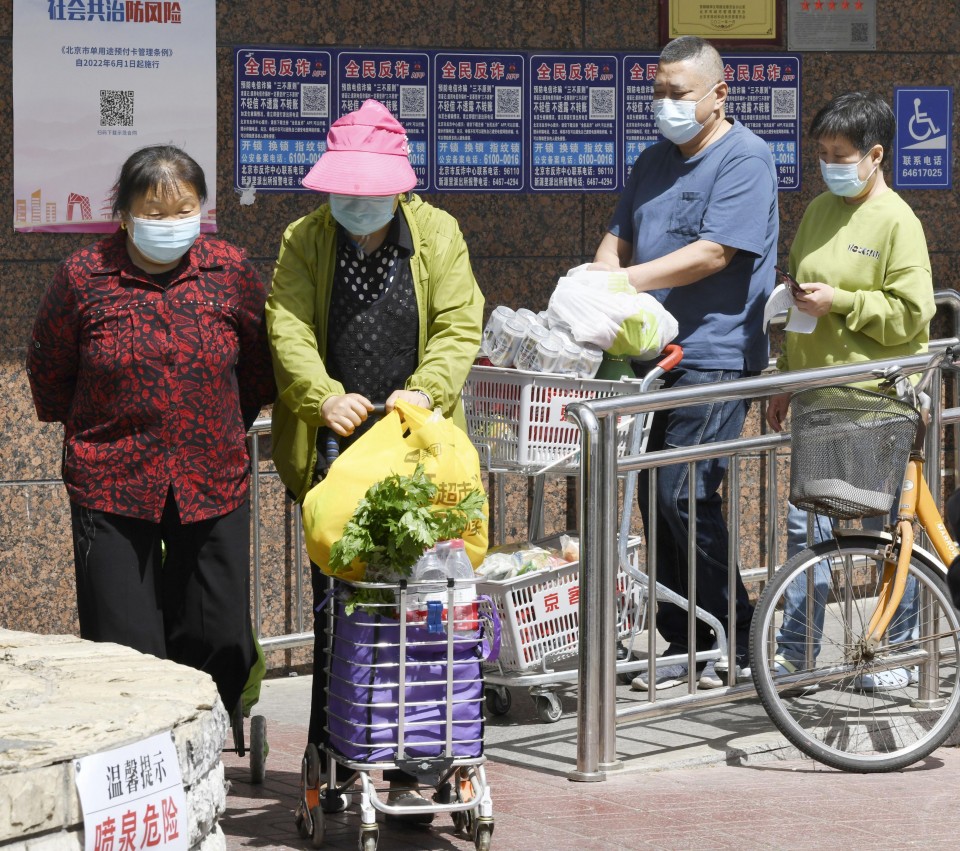 People stockpile food and other merchandize at a supermarket in Beijing on April 26, 2022, ahead of a possible lockdown in the capital, as authorities announced tighter controls against COVID-19. (Kyodo) ==Kyodo