Japan's unusually welcoming approach to evacuees from Ukraine who have fled Russia's invasion -- a contrast to its traditionally strict refugee policy -- reflects the government's desire to stay in line with public sentiment and show it is contributing as a Western nation, pundits say.

Ahead of the House of Councillors election slated for this summer, the government is sensitive to public opinion which is in favor of helping the evacuees, with many companies and local municipalities offering support for them.

The government is also eager to demonstrate that it is joining efforts by the United States and Europe to aid the surging number of those fleeing Ukraine, which now exceeds 4 million, in the fastest-growing refugee crisis in Europe since World War II. 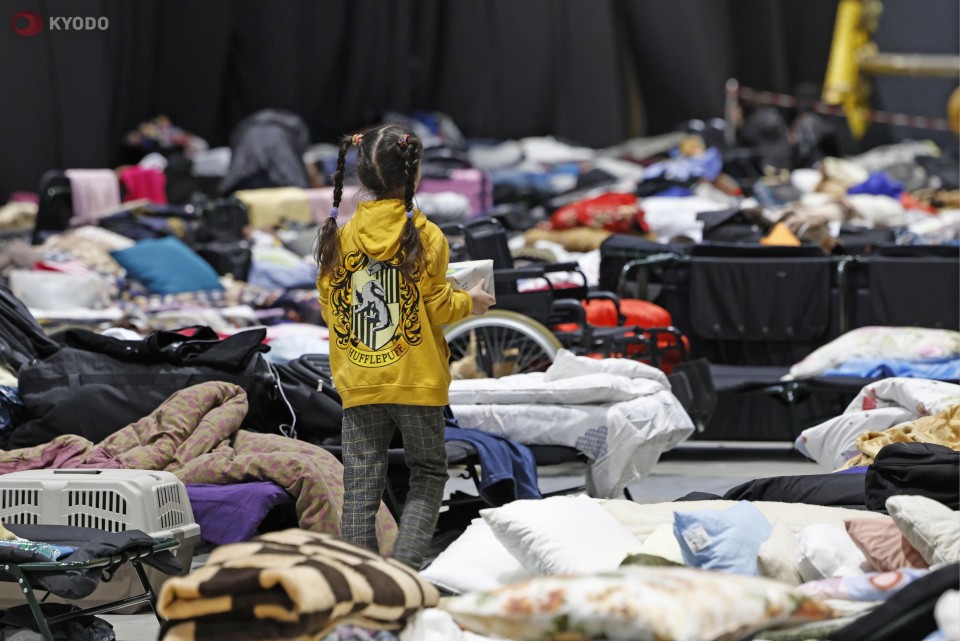 On Tuesday, 20 evacuees from Ukraine arrived in Japan from Poland aboard a government plane, traveling together with Foreign Minister Yoshimasa Hayashi, who had been sent to Ukraine's western neighbor as a special envoy to support evacuees.

Prior to his return, Hayashi said the Japanese government "would reach out from a humanitarian perspective and provide maximum support (for evacuees from Ukraine) who will be far away from their homeland, so they can live peacefully in Japan."

The government said it plans to first provide them support for around six months including help with housing, employment and language lessons.

On Monday, Hayashi told his counterpart Zbigniew Rau in Warsaw that Japan would accept "as many (evacuees) as possible" from Ukraine. The Asian country welcomed 404 evacuees from the war-ravaged nation between March 2 and Sunday.

Bringing the evacuees on the government plane was a way to show "Japan's posture" in helping tackle the refugee crisis, with over 2.4 million people having crossed the border into Poland so far, a Japanese official said.

The official brushed aside the comparably low number taken in by Japan, saying, "The value of assisting does not decrease just because the number of people is low."

A senior official close to Prime Minister Fumio Kishida also said that the use of the government plane was "to clearly show that we are strongly engaged in tackling this problem. We know that it was a performance." 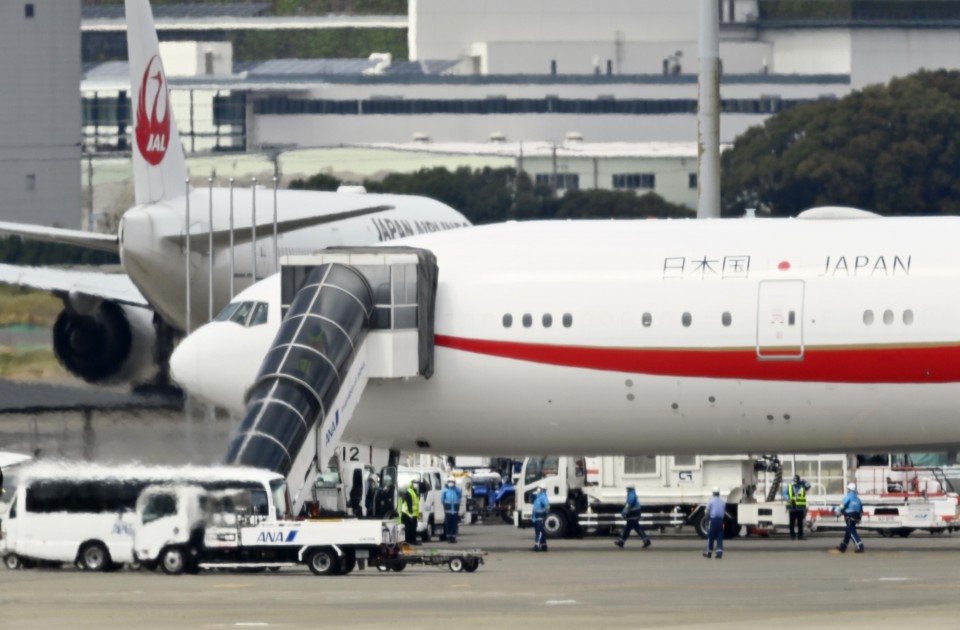 A government plane arrives at Tokyo's Haneda airport from Poland on April 5, 2022, with 20 Ukrainian evacuees fleeing Russian invasion on board. (Kyodo)

However, some in the Japanese Foreign Ministry had called for a more cautious approach to the matter.

"What is requested from Japan is economic support for countries accepting a massive exodus of refugees, not accepting them," explained a government official, pointing to a possible expansion of the country's emergency humanitarian aid worth $200 million.

People fleeing conflicts have long found a narrow path to attaining refugee status in Japan, with the government traditionally recognizing only around 1 percent of refugee applications, a dismally low count compared to other Western nations that has earned criticism from human rights organizations.

In the latest Justice Ministry figure for 2020, out of 3,936 asylum seekers, 47 people were recognized as refugees under the provisions of Japan's immigration control and refugee recognition law. Another 44 were permitted to be in Japan for humanitarian reasons even though they were not granted refugee status.

While praising Hayashi bringing back the 20 evacuees, Eri Ishikawa, the board chair of Japan Association for Refugees, said others including refugees from Africa and the Middle East must not be forgotten.

"The situation for people who have fled from countries other than Ukraine is not changed. This must be an opportunity to rethink Japan's refugee scheme," she said