Japan gives up plan for Biden's visit in April: sources

The government has given up on its plan to have U.S. President Joe Biden visit Japan this month due to the crisis in Ukraine and is now aiming to realize it in late May, diplomatic sources said Wednesday.

Prime Minister Fumio Kishida proposed a visit in late April, which would have been Biden's first trip to the country as president, when they held a brief conversation last month in Belgium where Kishida attended a Group of Seven summit. 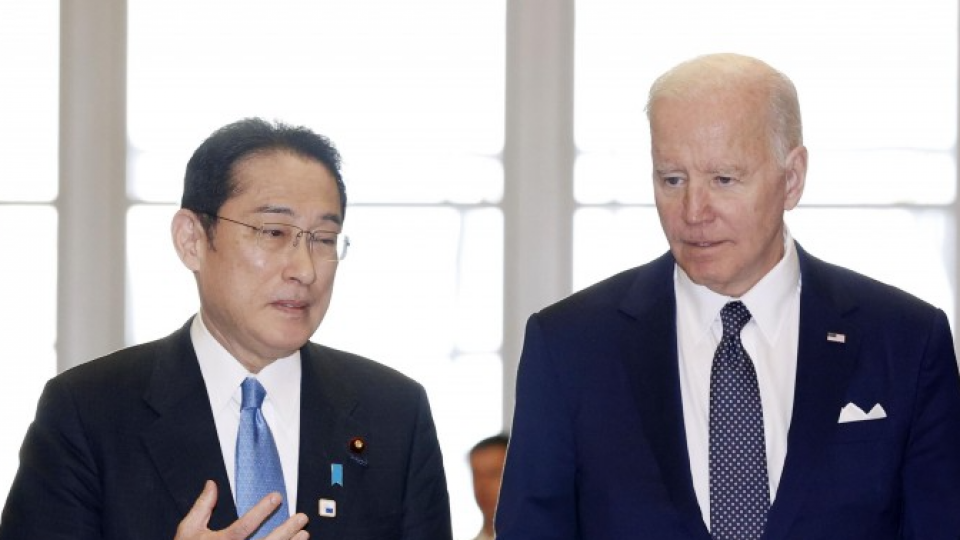 Tokyo is looking to have Kishida-Biden talks when it hosts a summit of the "Quad" group, which also involves Australia and India. The Quad leaders have agreed to meet in Tokyo by the end of June.

The U.S. side initially sounded out Japan about Biden visiting in late May, according to the Japanese and U.S. diplomatic sources. It later showed reluctance to accept Kishida's proposal as the war in Ukraine has made Biden's schedule tight.

In Australia, a general election is to be held by May, adding to uncertainty over the timing for the Quad summit.

When Biden visits Japan, he may also travel to South Korea, another ally in Asia, observers say. South Korean President-elect Yoon Suk Yeol is set to be sworn in on May 10.

The envisaged Quad summit would be an opportunity for the four democracies to deepen cooperation in the fields of security and economy in the Indo-Pacific region where China's clout has been increasing.

Russia's invasion of Ukraine has also raised concern about its ramifications for the region. Quad unity will likely come into focus as India also has close ties with Russia.