Japan is seeing a rebound in COVID-19 cases across the country, government data showed Saturday, as experts caution that another resurgence of infections may be around the corner.

The number of new coronavirus cases confirmed in a week through Friday increased in 44 of the country's 47 prefectures, according to the government data, less than two weeks after Japan completely lifted quasi-emergency measures entailing business restrictions and other curbs.

Experts on a government panel monitoring pandemic situations say new daily cases had been gradually declining for more than a month after the government began implementing quasi-emergency measures in January to contain a sixth wave of infections, but recent rises need to be carefully monitored given a notable increase in infections among teens. 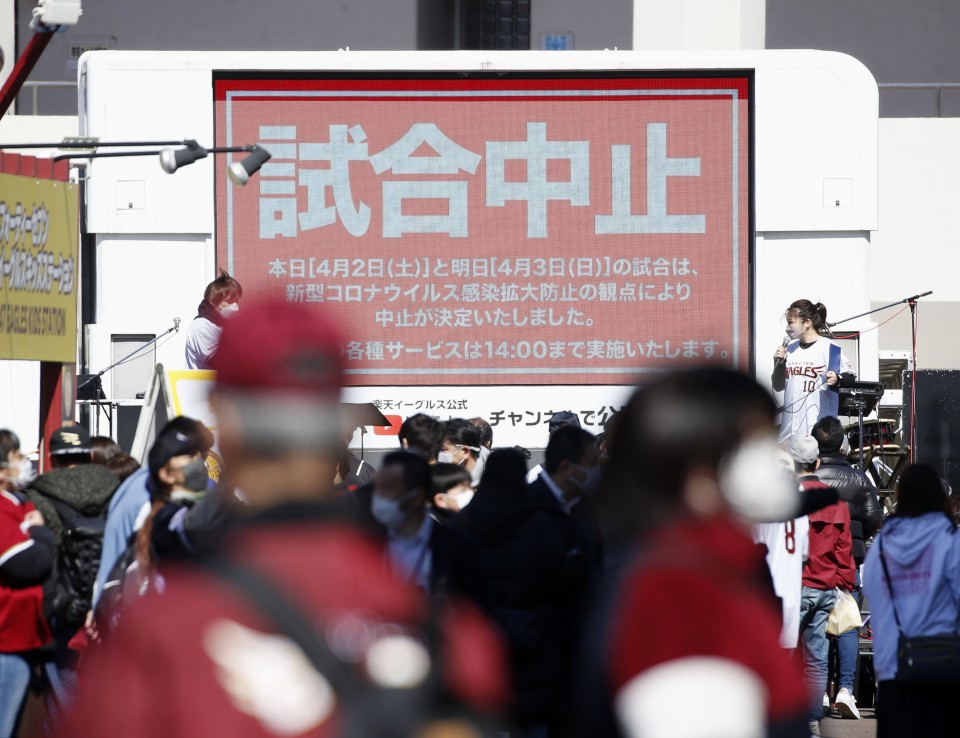 A signboard shows the cancellation of a baseball game in Japan's Pacific League between the Rakuten Eagles and the SoftBank Hawks in Sendai on April 2, 2022 to prevent the spread of the coronavirus. (Kyodo)

On Saturday, 48,825 new COVID-19 cases were reported nationwide, up about 1,500 from a week earlier, apparently as the highly contagious BA.2 subvariant of the Omicron strain spreads.

The number of COVID-19 patients with severe symptoms stood at 518, down 15 from Friday.

Other countries are also seeing a rise in coronavirus cases as the Omicron subvariant began to become a dominant COVID-19 strain at a time when they relaxed antivirus measures.

Japan ended quasi-emergency measures on March 21 in Tokyo and some other areas, completely eliminating such curbs after implementing them in as many as 36 prefectures at one point.