Leaders from the United States, Japan and the European Union agreed Tuesday to continue providing swift support to Ukraine as Russia begins a renewed military offensive in the eastern part of its neighboring country, the Japanese Foreign Ministry said.

Prime Minister Fumio Kishida told his counterparts during a video call that the Japanese government will increase the amount of its loans to be extended to Kyiv to $300 million from $100 million, saying that propping up Ukraine's economy is an "urgent task." 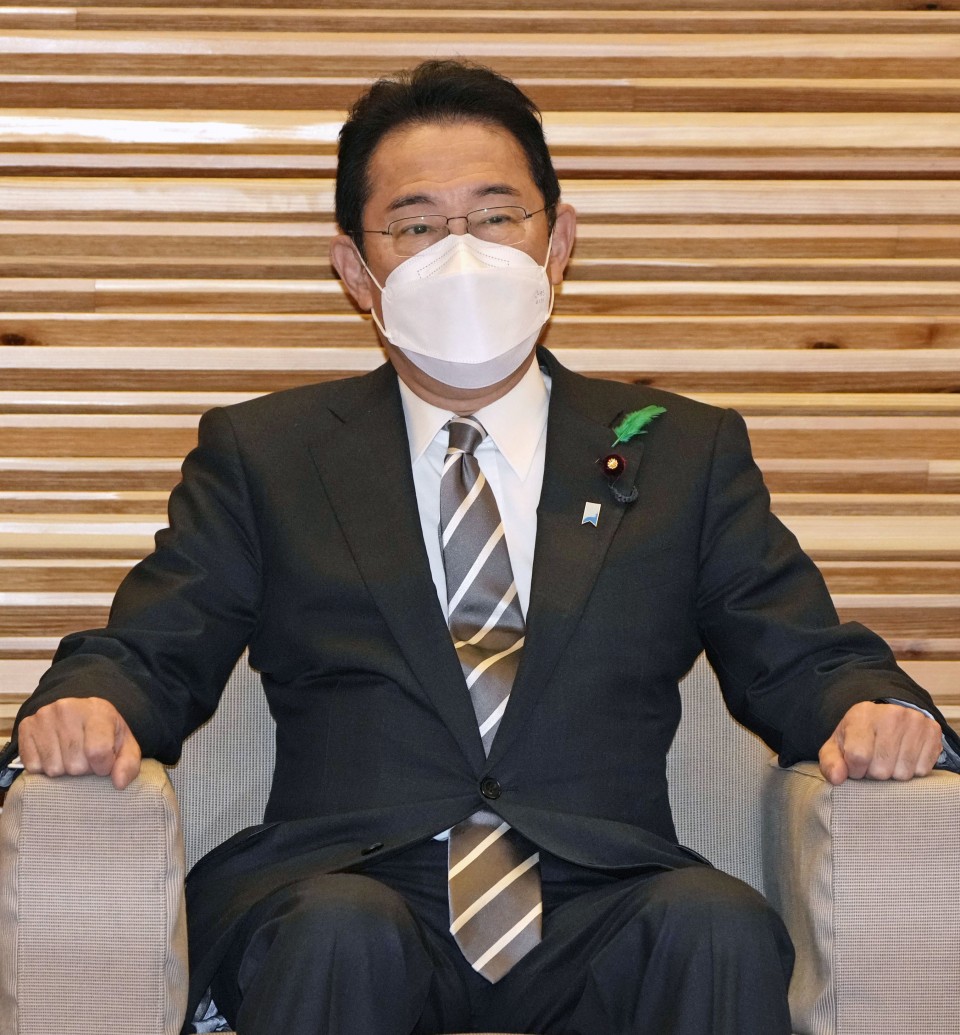 Japanese Prime Minister Fumio Kishida attends a Cabinet meeting at his office in Tokyo on April 19, 2022, wearing a mask for protection against the coronavirus. (Kyodo) ==Kyodo

The hour-long call, proposed by U.S. President Joe Biden, took place after Ukrainian President Volodymyr Zelenskyy said Monday he believes Russian troops have begun the "battle for Donbas" to take control of the eastern region of Ukraine after retreating from around the capital city, which they failed to seize.

The leaders expressed deep concern that civilian casualties could further increase as Russia also continues its attack on the southeast port city of Mariupol -- a key area that links the eastern Donbas region containing pro-Russian separatists with Crimea, which was annexed by Russia in 2014.

Asked separately if the United States will be sending more artillery to Ukraine, Biden said, "Yes."

Last week, the Biden administration announced an additional $800 million in weapons, ammunition and other aid, raising the total U.S. security assistance commitment to Ukraine to more than $2.5 billion since the assault began in late February, according to the State Department. 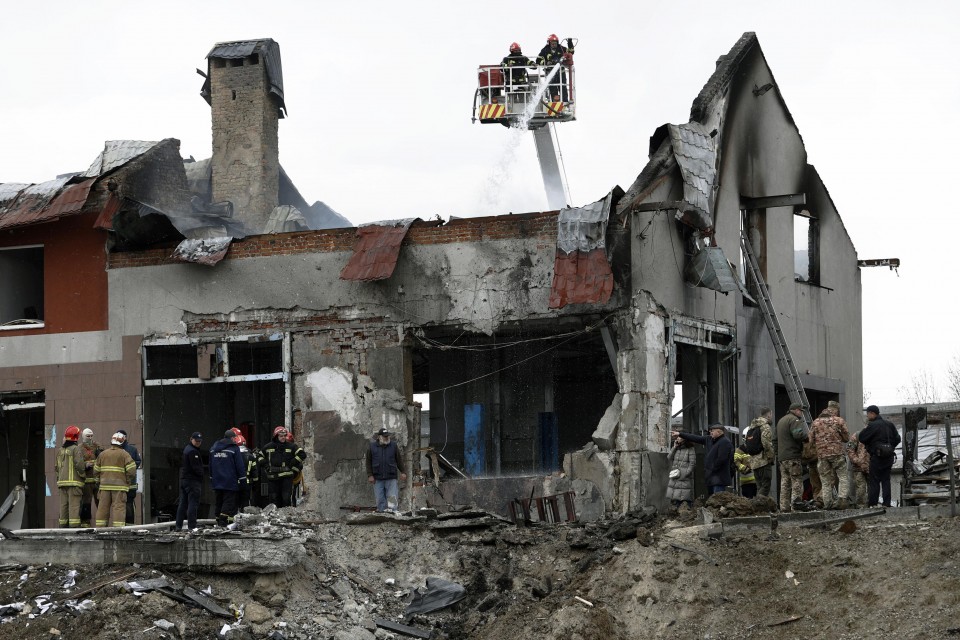 Kishida explained to his counterparts during the videoconference that Japan will provide Ukraine additional defense equipment -- protective masks and clothing against chemical weapons -- as well as commercial drones for surveillance purposes, based on requests from Kyiv.

According to the White House, the leaders committed to continued close consultation, including working with and through the Group of Seven industrialized nations, the EU and the North Atlantic Treaty Organization.

The video call's participants were the leaders of the G-7 -- Britain, Canada, Germany, France, Italy, Japan and the United States, plus the EU -- as well as Poland and Romania, and NATO Secretary General Jens Stoltenberg.