The Japanese government on Friday expanded sanctions against North Korea by newly freezing the assets of four organizations and nine individuals for their involvement in Pyongyang's nuclear and missile development programs. 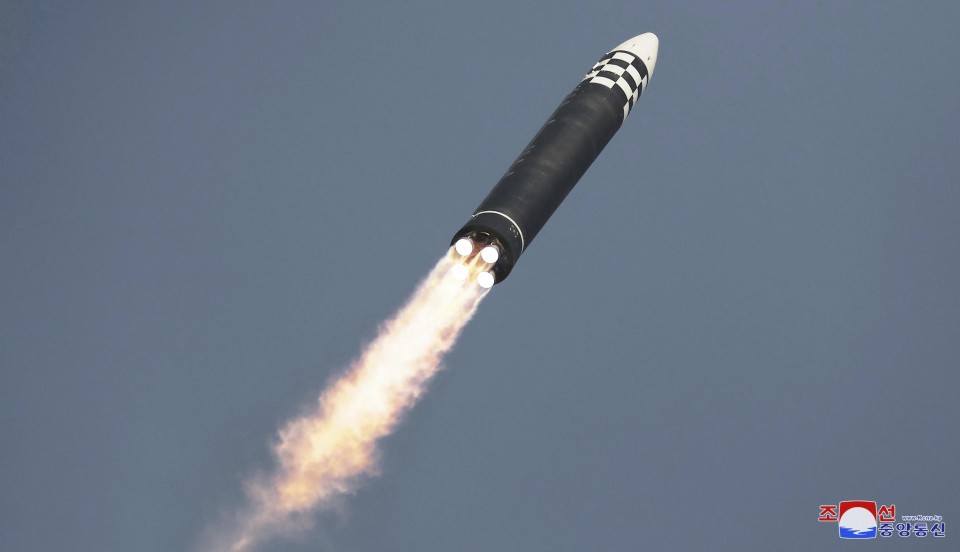 Photo shows a new type of intercontinental ballistic missile in flight following its test launch by North Korea in Pyongyang on March 24, 2022. (KCNA/Kyodo)

"Japan urges North Korea to take concrete actions toward resolving issues" including its nuclear and missile development programs as well as the North's past abductions of Japanese nationals, Matsuno told a regular news conference.

Referring to the additional sanctions at a House of Councillors session, Prime Minister Fumio Kishida said, "We will continue to do everything to gather information and monitor the situation while ensuring the peace and security of our country."

Following a slew of missile launches earlier this year, North Korea on March 24 launched what it claims was a new type of intercontinental ballistic missile. It fell within Japan's exclusive economic zone in the Sea of Japan.

It was the first ICBM launch by the North since November 2017, and marked an end to its self-imposed moratorium on ICBM launches since April 2018.

In addition to Pyongyang's nuclear and missile development, the abduction of Japanese citizens by North Korean agents in the 1970s and 1980s has been a major stumbling block for normalizing diplomatic ties between Tokyo and Pyongyang.

Of the 17 people Japan officially lists as having been abducted, five were repatriated in 2002, but talks on the return of the remaining 12 have been stalled, with North Korea maintaining they have either died or never entered the country. 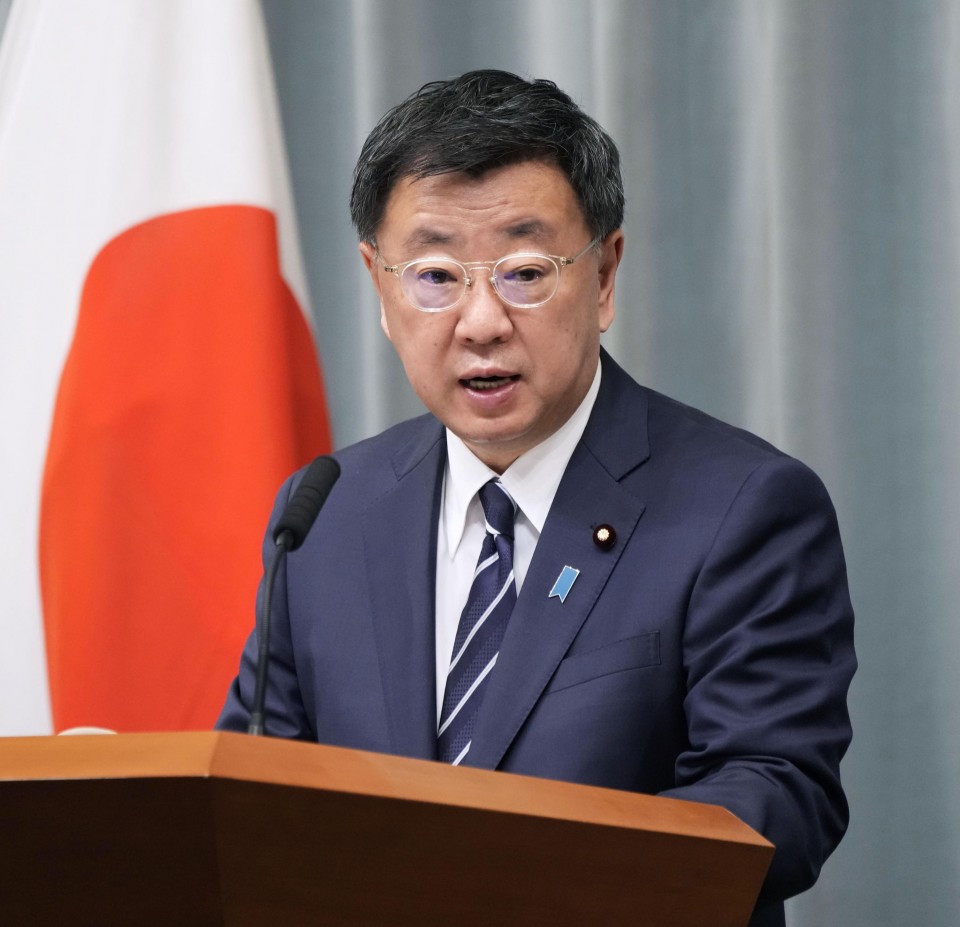