A man who claims to be one of the leaders of the Japanese arm of U.S. conspiracy cult QAnon was arrested on Wednesday on suspicion of forcing his way earlier this month into a venue offering coronavirus vaccinations for children in Tokyo, police said.

The arrest of Hiroyuki Kuraoka, 43, is the latest in a string of arrests involving people believed to be members of the YamatoQ group, which is strongly opposed to COVID-19 vaccinations. 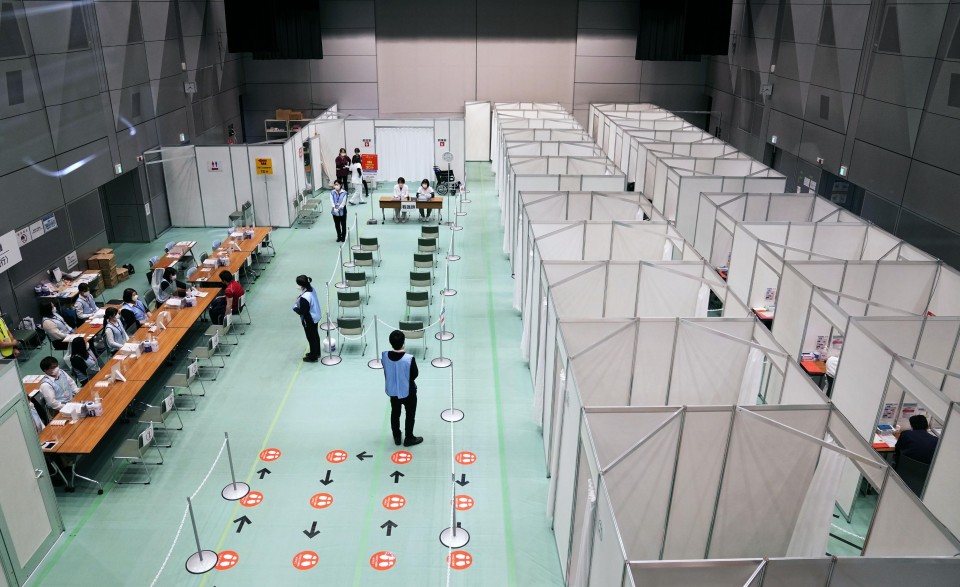 Kuraoka was arrested on suspicion of trespassing after he forcibly entered a medical clinic in the capital's Shibuya Ward used as a vaccination site for children for more than an hour from around 9:30 a.m. on April 7.

The Tokyo police did not disclose whether Kuraoka has admitted to the charge.

On that day, roughly 10 YamatoQ members, including Kuraoka, barged into the clinic, shouting, "Vaccination is a crime" and demanding to talk to the clinic's director, according to the police.

Four people believed to be members of the group were arrested on the spot on April 7.

The group has been waging a campaign against COVID inoculations in various parts of Japan, holding rallies and saying the coronavirus does not exist. In March, they disrupted vaccinations in sites including Tokyo Dome.

The group alleges it is unlawful to administer shots to children when vaccines are still under clinical trial.

They are also protesting what they say is a lack of transparency about the composition of coronavirus vaccines and what they allege are their dangers.

YamatoQ says on its website that it is the Japanese wing of QAnon, a movement spreading internet conspiracy theories in support of former U.S. President Donald Trump. The movement is said to have gained followers in many countries.